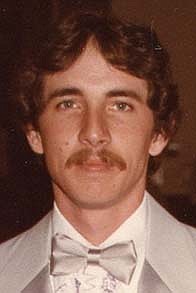 Mr. Richard "Ricky" "Bubblehead" Dean Bainer, age 66, of Jefferson City, Mo., passed away peacefully Sunday, January 9, 2022, at home. Ricky was born on October 22, 1955, in Jefferson City, the son of Emily Delphine (Steinmetz) Bainer. A lifelong resident of the central Missouri area, Ricky attended Jefferson City Public Schools. After his high school years, Ricky served in the United States Marines. For the last 20 years, Ricky was employed with the maintenance crew through Adrain Enterprises. Before his work with Adrain, he worked at JCI Industries and helped build the Callaway County Nuclear Plant. He was always good at fixing things with his hands and loved his career in construction. Ricky was an avid outdoorsman and he looked forward to fishing and hunting any time he could. Whether he was hunting deer, squirrel or mushrooms, he always found pleasure being outside in nature. He cherished time fishing and had great memories on many of the streams and lakes around mid-Missouri. Cheering for the Cardinals and Chiefs was a favorite past-time of his and he was a huge NASCAR fan. Ricky truly had a genuine heart for others and didn't have a mean bone in his body. He would always do anything for family and friends and possessed a free spirit to live life on his terms. He is survived by: one sister, Cyndi Edgell of Holts Summit, Mo.; niece, Krysten Beech of Toledo, Ohio; nephew, Fredrick A.J. Beech (wife, Jessica) of Holts Summit, Mo.; great-nephew, Timothy Lee Beech II of Holts Summit, Mo.; great-niece, Brooke Henry; two uncles; and many cousins and friends. Ricky was preceded in death by his mother, Emily Bainer; brother, Ronny Dale "Bobo" Bainer; nephew, Jeremy Henry; and several aunts and uncles. Visitation will be held at Freeman Mortuary from 2:00 p.m. until 4:00 p.m., Saturday, January 15, 2022. In lieu of flowers, memorial contributions are suggested to the Richard Bainer Memorial Fund, P.O. Box 95, Jefferson City, MO 65102. Funeral arrangements are under the care of Freeman Mortuary. www.freemanmortuary.com