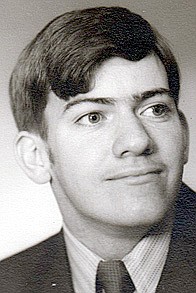 Ray Edward Payne, 67, of Fulton, Mo., passed away on Monday, January 10, 2022 in Fulton, Mo. Ray was born on January 30, 1954 in Fulton, Mo., the son of Edgar and Gladys (Bosch) Payne, who preceded him in death. He was a graduate of Fulton High School in Fulton, Mo. Ray enjoyed participating and raising money for the Relay for Life in Callaway County. He is survived by one daughter, Jana Payne of Jones, Ala.; one sister, Linda Mealy (Bobby) of Fulton, Mo.; and three grandchildren. He was also preceded in death by one brother, Wallace Payne. Memorial service will be held at 2:00 p.m. on Thursday, January 20, 2022, at Debo Funeral Home in Fulton, Mo. with Pastor Rebecca Dungar-Peak officiating. Inurnment will follow in Callaway Memorial Gardens in Fulton, Mo. In lieu of flowers, memorials are suggested to Relay for Life - Callaway County, c/o Debo Funeral Home, 833 Court St, Fulton, MO 65251. Online condolences may be made at www.debofuneralhome.com