Thinking about going vegan? Here’s what you need to know 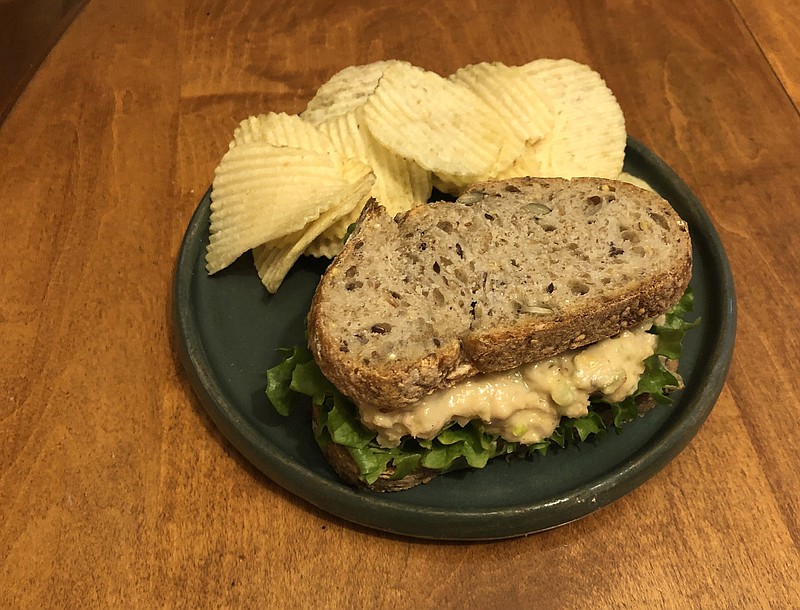 And let's start by calling it plant-based eating.

Many of us have gone meatless at some point in our lives. Maybe it was when finances were lean, maybe it was for health purposes or in solidarity with an altruistic child.

Whatever the reason, we could always fall back on dairy and eggs. But a strict plant-based diet eschews those, too, meaning we'll have to be purposeful in planning meals and reading labels.

"It's a lot easier than you think," said Robin Asbell, a local chef, cooking instructor and author of several cookbooks, including 2011's "Big Vegan."

"People have a mindset of 'here's how I build a meal,' and it usually starts with picking a protein and building from there," she said. "It's very hard for people to break away from that and get into building the meal around what vegetables look really great or what's in season."

Asbell has had plenty of practice. She's been developing recipes her entire career, whether cooking at a small cafe, as head chef at the Wedge co-op deli or posting new dishes on her website. She's been a vegetarian for decades, and while she no longer calls herself a "hard-core vegan," she does eat mostly vegan foods. "I always say I'm more plant-based."

We talked to Asbell about the plant-based movement, what foods should be in your pantry, baking and what we can learn from other cultures.

Vegan vs. plant-based: "Vegan really has a strong animal rights component, and it's not just about the food," she said. "But I'm a food person, so that's what I'm doing -- trying to make good recipes for people to help them eat more plants and meeting them wherever they are. I develop recipes with meat in them, but my philosophy is to make it possible for people to eat less (meat)."

How times have changed: "When I wrote 'Big Vegan,' that's what kind of put me on this path. Before that I wasn't necessarily identified as a vegan author. For more and more people it was more about the carbon footprint, it was about the environment. And it really should be. This is really something everybody needs to think about."

Take your cue from other cultures: If you want a diet that's entirely plant-based, look around. "Investigate the food of cultures that don't eat dairy in the first place. The vegetarian place to go has always been a Chinese restaurant, Vietnamese -- all those where there's not cheese on the menu. Look to those ancient cuisines and they've already worked out the flavor ... so it's not like you have to reinvent the wheel. It is really easy to go and make a flavorful curry and use coconut milk, or make a red lentil dahl -- lean into the theme dishes of all the other places in the world. Bean soups, pasta e fagioli and all the things that have beans in them, and it's a really cheap and low-impact protein source."

About protein: "Just make sure there's protein at every meal," she said, "and I know vegans get tired of hearing about it."

"But everybody's worried about protein, so make sure you've got beans and nuts and seeds and things like edamame. Try to make something you'd like with tofu, although I know that's a stretch for some." Asbell has a fondness for mock duck, which is a wheat-based gluten, and recommends using it in place of chicken or beef in stir-fries or stews. It's readily available at co-ops and Asian markets.

If you're going to follow a strict vegan diet, she also recommends buying fortified nondairy milks or cereals so you'll get enough vitamin B12.

Say cheese: "Back when they first came out with vegan cheese, it was just horrible," Asbell said. Although she still doesn't care for a lot of the nondairy cheese, she does like nut-based, fermented cheeses, like cashew cheeses. "But I'm kind of old school," she said. One brand that gets the thumbs-up: Miyoko, the groundbreaking dairy line from California entrepreneur Miyoko Schinner. It's widely available in stores and comes in many forms, from hard cheeses to cream cheese.

How to stock a plant-based pantry: In a time when everyone seems to be in a hurry, Asbell recommends keeping on hand canned beans and quick-cooking beans, like lentils and peas, that can be thrown in a pot with some water to make soups. She also advocates eating whole grains, so quinoa, brown rice, whole-grain pastas and crackers are among her pantry must-haves. Frozen edamame works for a quick snack or an easy hummus. Buy fresh herbs and spices, too.

Eat in season: "It's such an ingrained part of my thinking. Now is the time of year to get into cooking your cabbage until it's caramelized, and squash is such a treat." Craving tomatoes? Asbell recommends grape tomatoes this time of year -- they're going to have the most flavor.

What about baking? "Plant-based butters have gotten quite good, and you can pretty much use them in place of butter," she said. (The firm butter in sticks, not the spreadable kind.) She also has developed several recipes that use coconut oil instead of butter or margarine.

And then there's the eggs: Asbell calls egg replacement "the tricky part" of baking. "I'm a big user of ground flax and chia seed as a binder, and it's really surprising how well mineral water or club soda works instead of an egg in a muffin recipe." (Use 1/4 cup carbonated water for each egg.) Egg replacement products work in many instances, like scrambles and quiches, and can be suitable in baking.

But there's aquafaba! The juice left behind in a can of chickpeas is like liquid gold to both plant-based eaters and those with allergies as an alternative to egg whites. "It's very cool, because it was garbage. We were going to put it down the sink. And you can make meringue -- it really will behave like egg whites -- and chocolate mousse, that was the first big famous aquafaba recipe."

Her favorite meals to make: As a recipe developer, there's usually plenty of dishes in the hopper. But when there's not? "Honestly, I make vegetable soup a lot. It's not super exciting, but it's cleaning-out-the-vegetable-drawer vegetable soup." She's also a big fan of curries and salsas. She makes salsas out of whatever's on hand -- berries, apples, oranges. Another favorite? Quesadillas that use refried beans, mashed squash or avocado instead of cheese.

A final word: Go slow and don't settle. "If you go from eating burgers and fries to eating salads all the time, you're probably going to have some discomfort. So take it slow if you need to, and always eat foods you enjoy. I just refuse to eat anything that doesn't taste good."

Print Headline: Thinking about going vegan? Here’s what you need to know