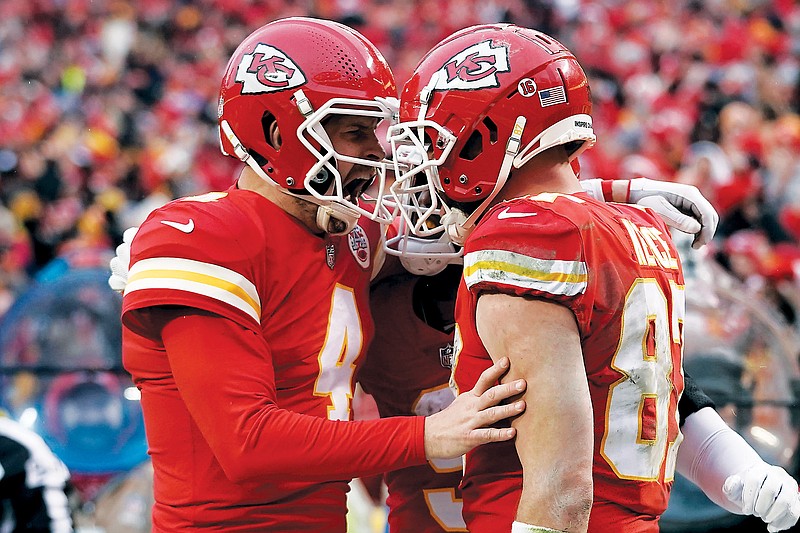 For the fifth straight season, the Kansas City Chiefs are playing in the AFC Championship Game.

However, the top-seeded Chiefs will have to wait for today’s outcome between the Buffalo Bills and the Cincinnati Bengals to see if they are staying home and playing next Sunday at Arrowhead Stadium or if they’re getting on a plane and heading to Atlanta for a neutral-site contest at Mercedes-Benz Stadium.

Here’s how we got to this position.

The Bills-Bengals game Jan. 2 was canceled after Buffalo safety Damar Hamlin collapsed after making a tackle on Bengals wide receiver Tee Higgins in the first quarter. Hamlin went into cardiac arrest and had to be resuscitated on the field by athletic trainers and emergency medical personnel.

The NFL absolutely made the right decision to cancel the game, rather than resume play later that night or in the coming days. But it did force the NFL’s hand to make some alterations to its playoff scenarios.

The Chiefs finished the season with a 14-3 record. Because their canceled game left them with 16 games played in a 17-game regular-season schedule, the Bills finished at 13-3 and the Bengals were 12-4.

Had the Bills won the Jan. 2 game, because of their head-to-head win against the Chiefs, they would have earned the No. 1 seed and home-field advantage. Instead, the Chiefs took the No. 1 seed based on winning percentage.

Yes, it’s unfair to the Bills, but the NFL created an exception for Buffalo. If the Bills and the Chiefs both advanced to the AFC title game, the NFL owners voted to have that game played at a neutral site.

However, this might not be the last time this happens.

On Friday, the NFL announced more than 50,000 tickets for a potential Chiefs-Bills game in Atlanta had already been sold in the first 24 hours they became available.

It’s not typical of the NFL to make an announcement like that, especially since it becomes null and void if the Chiefs and/or the Bills were to lose this weekend. But there’s a reason for the announcement.

Chiefs founder Lamar Hunt advocated for years to have the conference title games at a neutral site, but not enough owners agreed with him to make the change.

Yet if the Bills win and there is a neutral-site game next Sunday, it gives the NFL an opportunity to use the AFC title game as a litmus test. If it goes over well, all it will take is a vote of approval from owners to make conference title games at neutral sites a permanent thing.

This would be a terrible decision.

It waters down the significance of the No. 1 seed. The top-seeded team in each conference receives a first-round bye, which is a major proponent of striving for the best regular-season record. However, if the top-seeded team wins in the divisional round, with a neutral-site conference title game, that would mean that team only played one home game in the postseason.

Meanwhile, the No. 2 seed has the chance to play two home games in the postseason, and if that team wins both games, it would be able to go through the postseason without playing a true road game.

Seriously, this makes no sense.

Home-field advantage makes a big difference. Just ask teams in MLB, the NBA or the NHL. Every single one of their postseason games -- with exception to games played during the COVID-19 pandemic -- are played at home stadiums.

The NFL is the only major professional league to stage its championship game -- the Super Bowl -- at a neutral site. With all the preparation that goes into that game, I agree, it has to be played at a predetermined location.

But that should be the only neutral-site game. Period.

As a Chiefs fans, I don’t favor the Bills over the Bengals or vice versa. Kansas City stands a fairly similar chance to win against either team next week.

But the NFL is now giving me an extra incentive to pull for the Bengals, because I don’t want the NFL postseason to turn into the College Football Playoff.