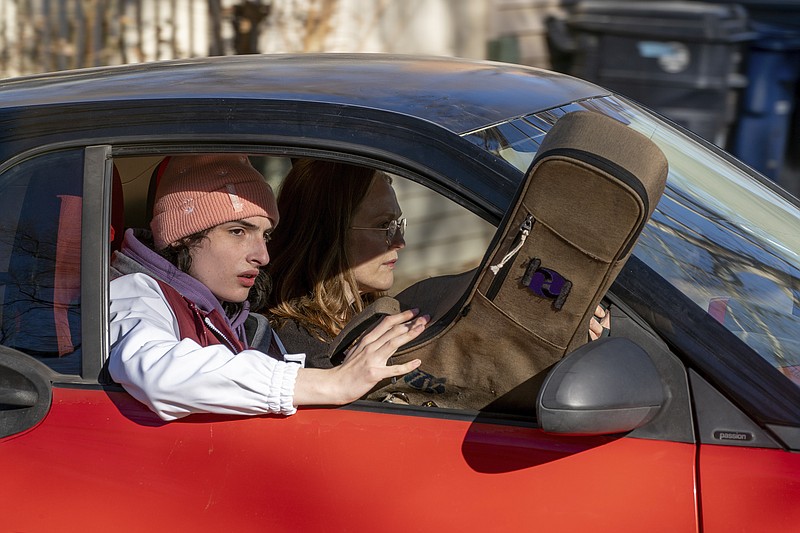 This image released by A24 shows Finn Wolfhard, left, and Julianne Moore in a scene from " When You Finish Saving The World." (Karen Kuehn/A24 via AP)

In Jesse Eisenberg's smart directorial debut, "When You Finish Saving the World," Julianne Moore plays a Good Person, at least on paper. Evelyn runs a women's shelter for the victims of domestic abuse and other kinds of horrors. She drives a small, eco-friendly car. She listens to the classical music station. She eats Ethiopian food. She lives an unflashy yet undeniably privileged life, in a nice suburban home with her husband and teenage son. She is not, what you might call "happy" in the traditional sense.

Her state of being is more like one of smug satisfaction -- or it might be were it not for her high school age kid. Despite all her best efforts to mold him in her image, he has become his own person, and it's a person she doesn't particularly like.

The kid in question, Ziggy (Finn Wolfhard) decided some time ago that money and fame were what he wanted in life, and he's gotten a small taste of both through a decently popular YouTube channel where he livestreams songs for a growing audience of young girls who then throw money at him through likes. He is also smug, in a different way, and resentful of his mother's sanctimoniousness. He couldn't care less about her Good Work and Good Life Choices.

Ziggy seems to have been shaped in Eisenberg's image, or at the least the image we have of him as an awkward, deeply insecure person who masks his insecurity with cruelty and intelligence in films like "The Social Network" and "The Squid and the Whale." Wolfhard embodies the cadence and emotionless affect of his director's on screen persona perfectly.

The heart of the film is the aching missed connections between mother and son. They have, they know, so much to be grateful for and yet can't seem to rise above their superficial differences. It's discontented suburban white people, sure, but Eisenberg keeps it fresh, modern and piercing. This point is hammered in, sometimes too bluntly, as both glom onto what they imagine to be ideal companions outside of the home.

"When You Finish Saving the World," an A24 film released in theaters Friday, is rated R by the Motion Picture Association for "language." Running time: 88 minutes. Three stars out of four. 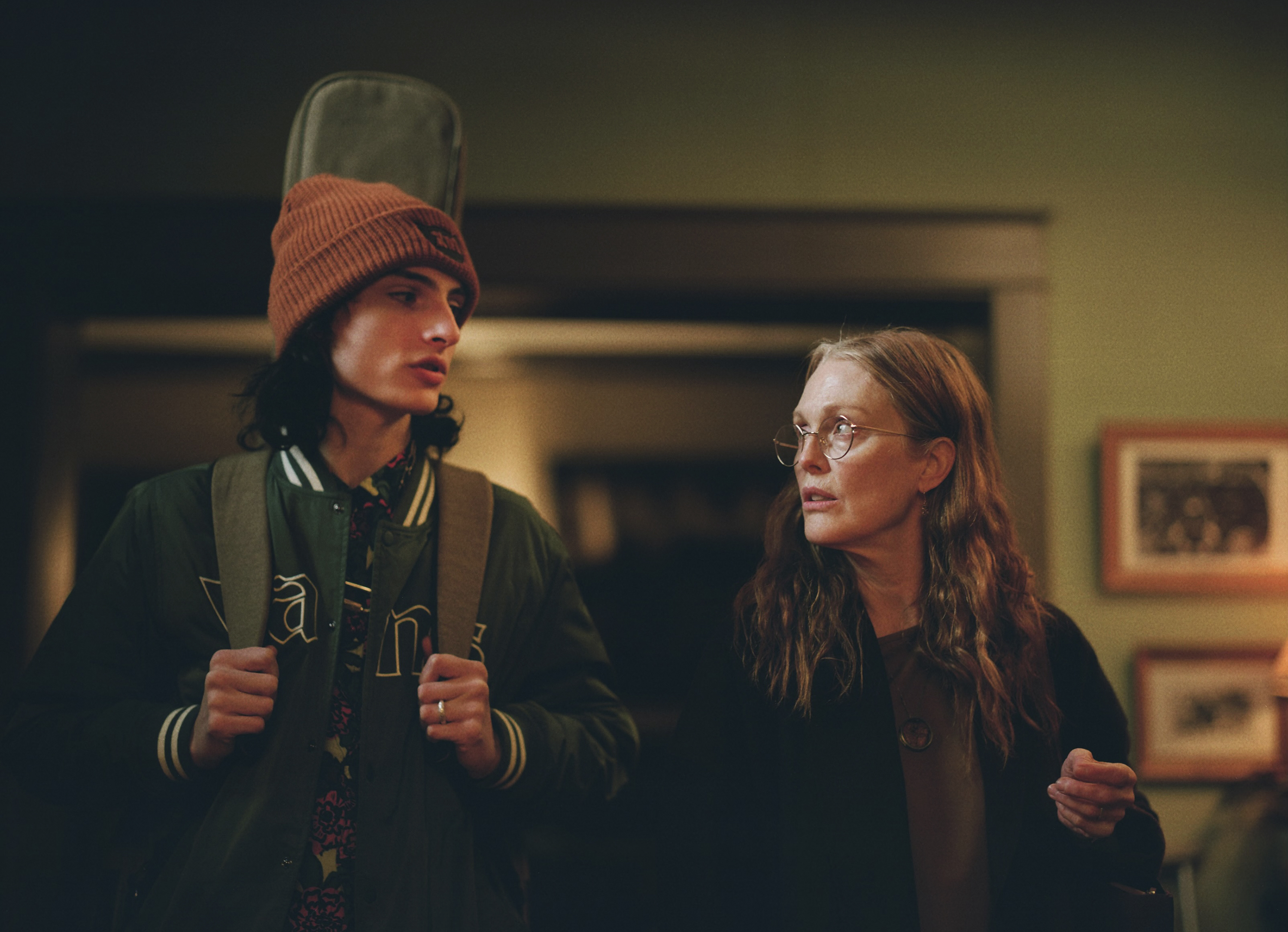 This image released by A24 shows Finn Wolfhard, left, and Julianne Moore in a scene from " When You Finish Saving The World." (Karen Kuehn/A24 via AP) 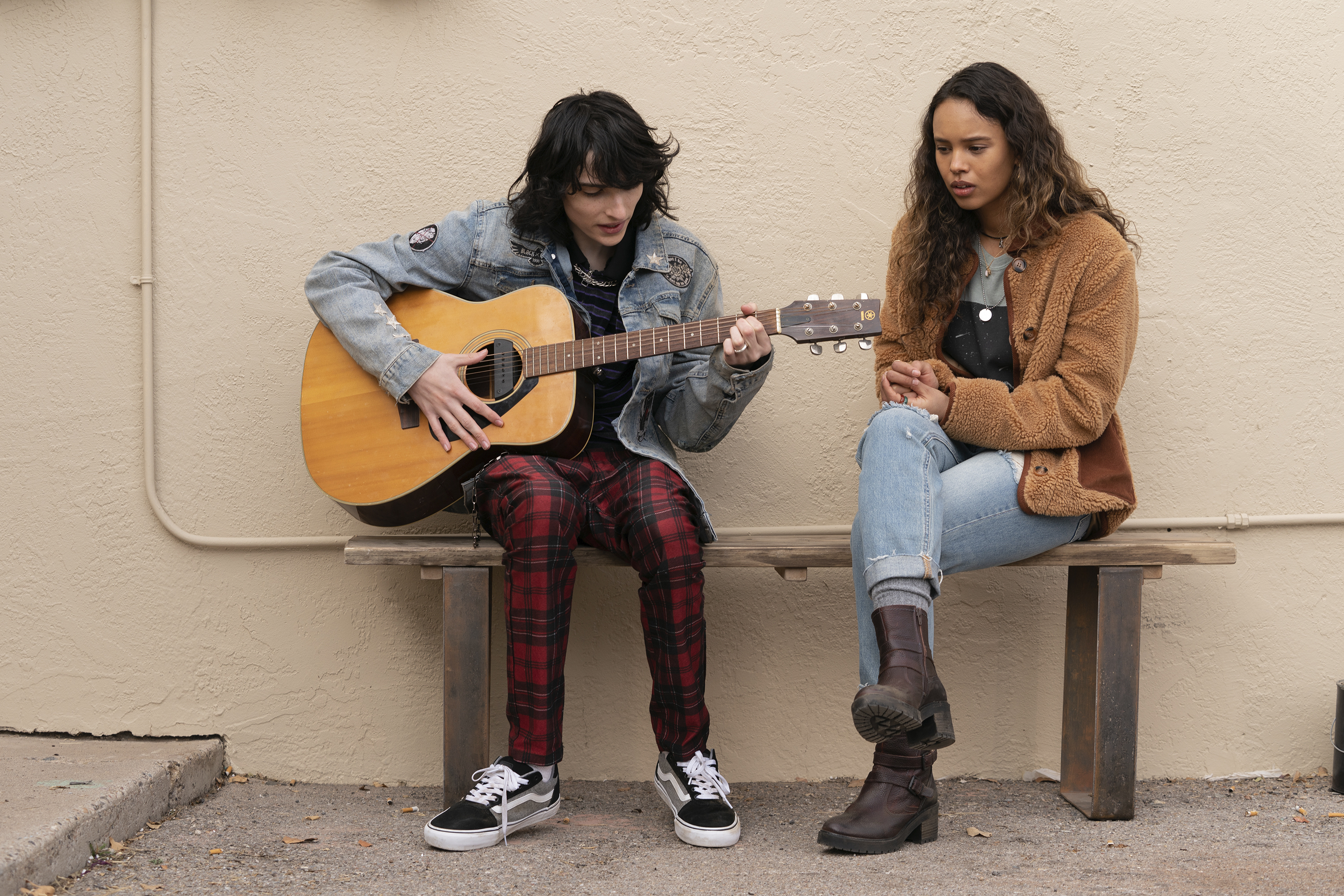 This image released by A24 shows Finn Wolfhard, left, and Alisha Boe in a scene from " When You Finish Saving The World." (Karen Kuehn/A24 via AP) 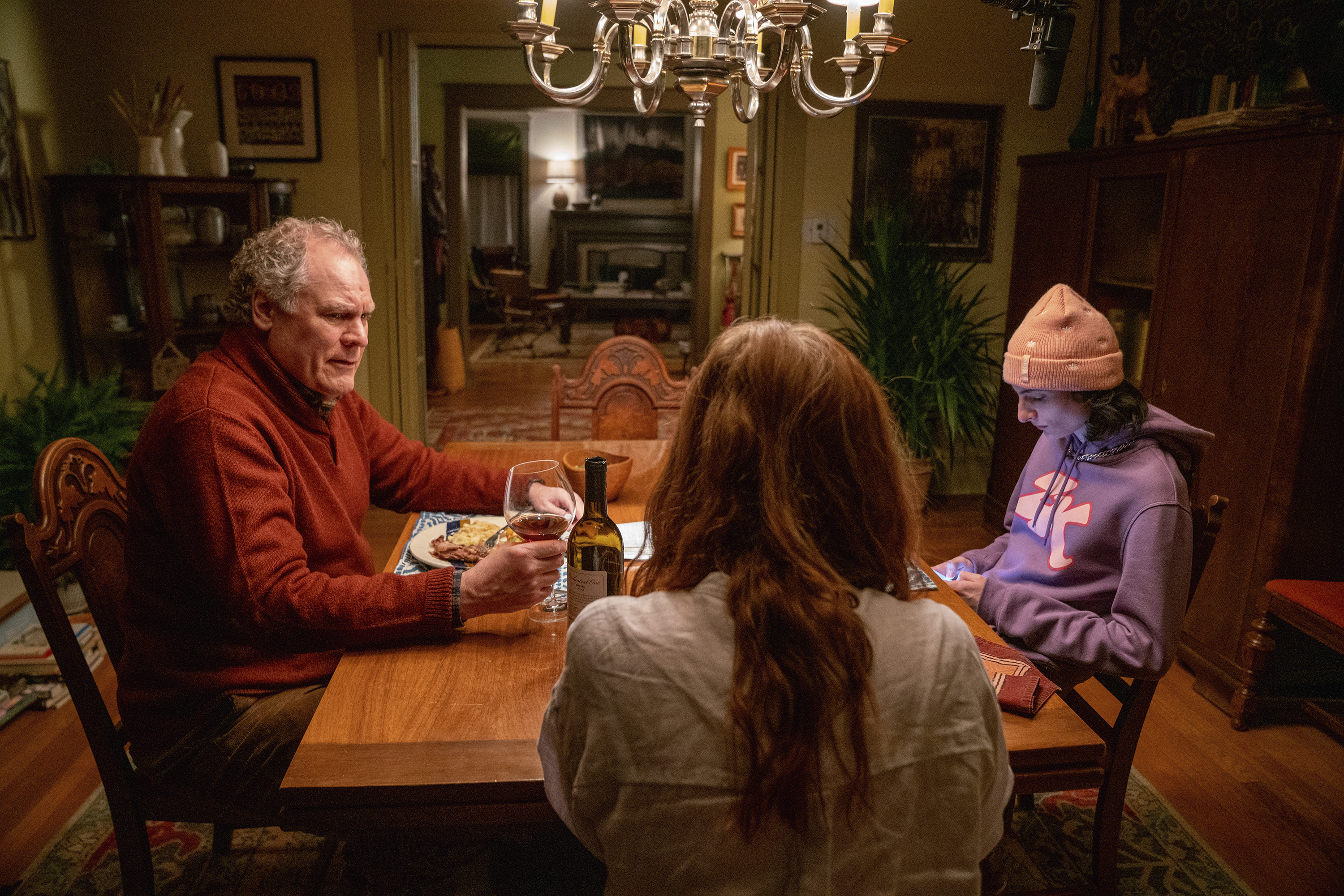 This image released by A24 shows Jay O. Sanders, from left, Julianne Moore, Finn Wolfhard in a scene from " When You Finish Saving The World." (Karen Kuehn/A24 via AP)