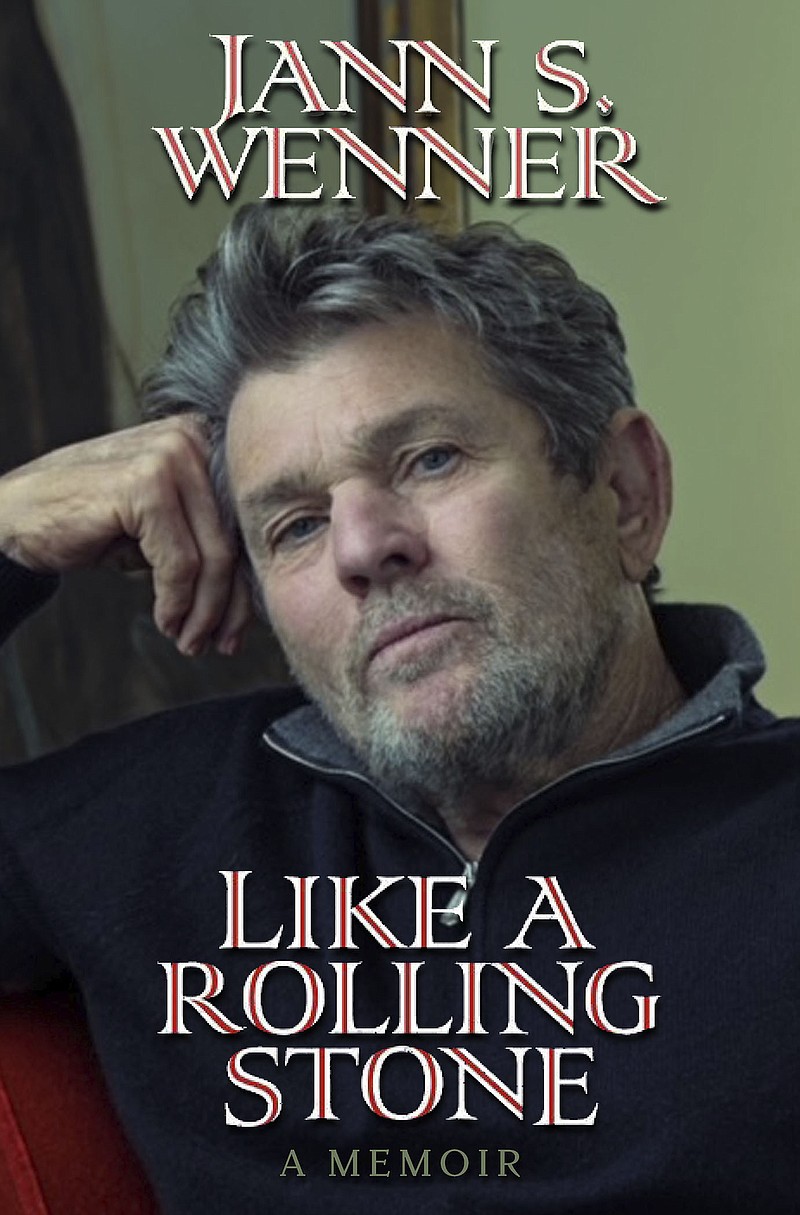 Jann S. Wenner takes us on a long, strange trip with his accessible and entertaining rock 'n' roll memoir.

As the founder, co-editor and publisher of Rolling Stone magazine, Wenner had an unusual back stage pass to the rock 'n' roll revolution as he chronicled how the Baby Boomer generation reshaped postwar America.

Now 76, Wenner was just in his 20s when he helped found the magazine in 1967. Rolling Stone went on to chronicle not only the music of those times, but also politics and cultural change, from Woodstock and Vietnam to Altamont and Watergate.

The magazine soon became popular for its 20,000-word profiles and essays and bold photography and graphics. Among the major figures profiled on its pages through the years were musicians John Lennon, Jerry Garcia, Bob Dylan and Bono, and politicians Bill Clinton, John Kerry and Barack Obama.

Wenner started writing about rock music for The Daily Californian student newspaper at the University of California, Berkeley. While still in college, he plunged into the rock scene, traveling to London where he saw performances by a 17-year-old Steve Winwood, as well as the Yardbirds featuring a young Eric Clapton.

After launching Rolling Stone with music critic Ralph J. Gleason, Wenner was soon befriending top rock stars like Mick Jagger, when they were both still in their 20s. A young Pete Townshend told him about his early idea for a rock opera about a deaf, dumb and blind boy that went on to become The Who's "Tommy."

The memoir allows Wenner to tell his story in his own words after being disappointed with the 2017 biography he commissioned journalist Joe Hagan to write for the magazine's 50th anniversary.

Wenner later said Hagan's "Sticky Fingers: The Life and Times of Jann Wenner and Rolling Stone Magazine," was "deeply flawed and tawdry" as it detailed his complicated sexual life, drug use and feuds with musicians and others.

In his own memoir, Wenner does touch on the personal, including his life as a closeted man during a long marriage to Jane, who remained an important part of his life after he started a relationship with partner Matt Nye. But his narrative could leave the reader feeling like some interesting details have been left out.

Wenner mentions his past drug use while recalling famous popular icons who died from overdoses such as close friend and comedian John Belushi.

He also details Rolling Stone's 2014 story by a freelance writer about a gang assault at a fraternity at the University of Virginia and the discovery the alleged victim made it all up.

Wenner acknowledged errors, including a lack of corroborating sources and reluctance to challenge the alleged victim. "We had been humiliated, humbled and shamed," he recalled.

Then, amid discussions five years ago to sell the magazine, Wenner broke his femur and suffered a heart attack. During an operation for a triple coronary bypass and valve replacement, the surgeons listened to a playlist personally assembled by Bruce Springsteen.

And just as he had for more than a half-century, Wenner wrote passionately about a key issue of the times in his last letter from the editor in March 2020.

With young Swedish activist Greta Thunberg on the cover, Wenner invited his readers to contemplate the dangers of climate change: "We will answer for what we did to protect our children and the miracle of nature and her diversity of species on this planet, when we still had the time."