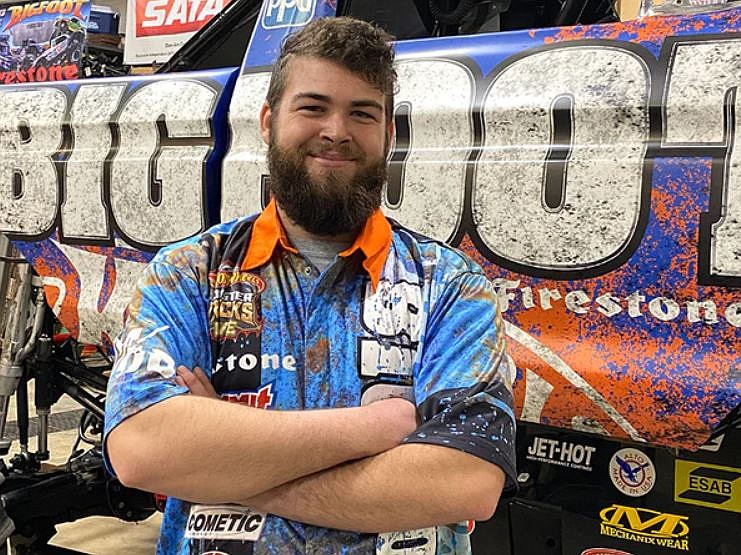 Many children dream of driving a monster truck when they get older.

State Technical College of Missouri is showcasing how it can help make those dreams a reality with an open house Saturday featuring the BIGFOOT Monster Truck.

State Tech alumnus Eric Steinberg, one of 11 drivers on the BIGFOOT team, will be smashing cars from the college's automotive collision technology department in the middle of campus.

Steinberg graduated from State Tech's automotive program in 2021 and began driving with the BIGFOOT team the same year.

Considered a pioneer in the monster truck world, some version of BIGFOOT has been around since the 70s, racing through mud runs, stadium events and Hollywood film sets, and picking up a few world records along the way.

Driving BIGFOOT was a dream of Steinberg's, according to his driver bio on the monster truck's website, and it's now his greatest accomplishment.

What he likes most, he said, is "being the person the younger audience can look up to."

"Safety is a very big deal when you're in that truck, so knowing that he's got all that State Tech education behind him, I'm sure, is a big benefit," he continued.

McElwain said State Tech hosts an open house event twice a year, usually in October and March, but none have featured quite the spectacle BIGFOOT is expected to bring. Past Show-Me State Tech events have featured tire burnout contests and dyno vehicle testing.

Still, the campus open house is one of the busiest days of the school year with all hands on deck, McElwain said.

About 500 students have already registered to attend this weekend, he said, and more always show up the day of. With the addition of accompanying parents, McElwain said he's expecting thousands on campus for the event.

"It'll be interesting to see how much BIGFOOT will maybe aid that," he added.

In addition to the monster truck show, Show-Me State Tech will offer tours of the campus jet airplane and heavy equipment machinery, as well as technical facilities and programs.

Prospective students often use the visit to fill out enrollment applications or begin working out their housing in Linn, McElwain said.

"We want to make sure that everybody who comes out here gets a chance to take a look at everything State Tech has to offer," he said. "The great thing about it is somebody might come out here thinking that they're interested in one program and didn't even know another one existed until they had a chance to tour the entire campus and talk with instructors. And before you know it, they might have actually changed what it is they want to do."

State Tech is the fastest-growing college in Missouri, according to the Chronicle of Higher Education. The technical college celebrated its sixth consecutive year of record enrollment growth with 2,200 students on campus this fall. It was also named the best two-year college in the nation by WalletHub for the fourth straight year this fall.