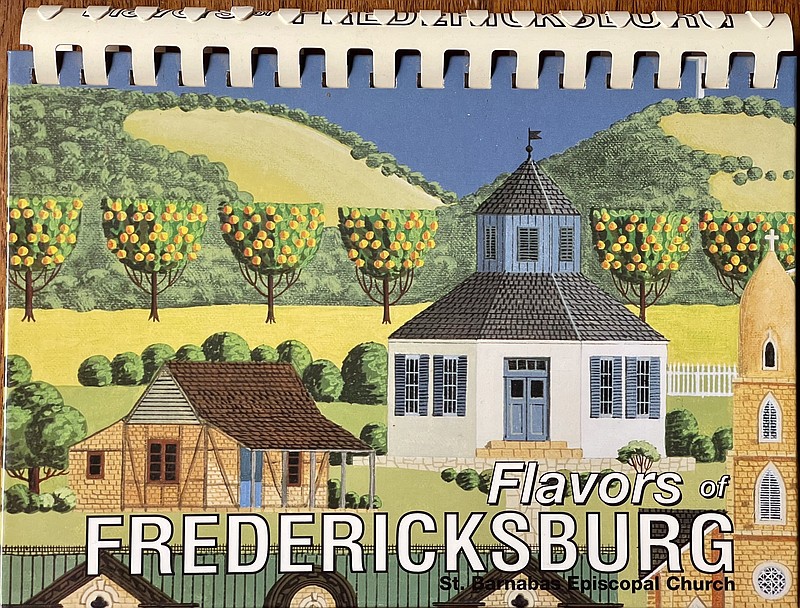 In one of the cookbooks my late Aunt Barbara gave me I came across a recipe for La Fogata's Chile Strips. The recipe caught my eye because of a different La Fogata recipe.

Years ago, former staff photographer Rick McFarland raved about La Fogata's salsa. It was so simple and delicious, he said. I just had to try it, he said. So I did. That recipe will be known in my house forever as "That Time Rick the Photographer Tried to Kill Us."

He did not lie about the simple part, but delicious is a matter of taste. And well, I didn't have any functioning tastebuds left after my first bite of the salsa. Eventually, I was able to tame the salsa's fire enough to eat by quadrupling the tomatoes.

The chile strips recipe didn't sound nearly as dangerous, and I had all of the ingredients on hand. The recipe was included in the appetizers chapter of "Flavors of Fredericksburg" by St. Barnabas Episcopal Church (Fredericksburg, Texas, 1994), but we ate it as our main dish spooned into warm tortillas and topped with salsa verde.

According to its website, La Fogata has been serving "traditional recipes found throughout Mexico" for more than 35 years in San Antonio. La Fogata is Spanish for "open flame" so it makes sense that both recipes I've tried from this restaurant (that I've never patronized) have involved roasting.

The chile strips are still featured on La Fogata's menu as "Rajas de Chile Poblano" and the menu description -- sliced poblano peppers and onions, cooked with Oaxaca cheese and cream cheese, served with flour tortillas -- is essentially the same as the recipe featured in "Flavors of Fredericksburg."

I made some minor modifications -- reduced the cream cheese, upped the cumin, used garlic paste instead of powder, opted for Monterey Jack cheese in place of Oaxaca and put the whole thing under the broiler to brown the cheese a bit -- and it turned out great. So great that we gobbled it up before I could snap a photograph -- not that there was much to see with the blanket of cheese smothering the pepper and onion strips.

As we were eating, I found myself thinking this would be good with some corn kernels and, indeed, when I googled "rajas de chile" many of the recipes I found included corn as well as chicken and potatoes.

Serves: 6-8 as an appetizer

1 onion, halved and cut into strips (I used red onion)

2 to 3 tablespoons vegetable oil (I used about 1 tablespoon)

Stem and seed the chiles and cut them into narrow strips; set aside.

In a large skillet (I used a cast-iron skillet) saute the onion in vegetable oil until soft and translucent, 5-8 minutes. Do not brown. Add the chiles and cook 1 minute more. Add the cream cheese and spices; stirring to combine. When the cream cheese is completely melted add the grated Oaxaca or mozzarella in 6-8 handfuls. Allow the cheese to melt without stirring and take care the temperature is low. (I placed the skillet under the broiler for a couple of minutes to melt and brown the cheese). Serve in individual ramekins with a hot flour tortilla draped over the top of each bowl.

Note: The chile and onion mixture can be prepared up to 2 days in advance and refrigerated or frozen until ready to use. Be sure to reheat it before adding the cheeses.