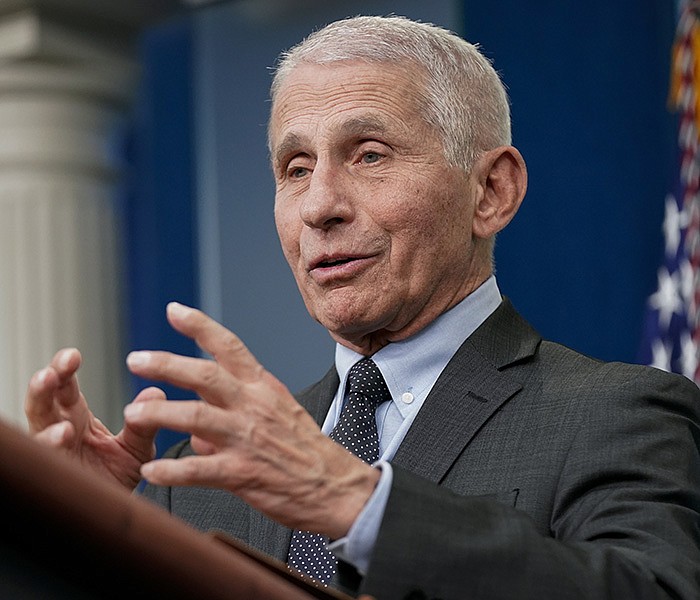 Dr. Anthony Fauci, Director of the National Institute of Allergy and Infectious Diseases, speaks during a press briefing at the White House, Tuesday, Nov. 22, 2022, in Washington. (AP Photo/Patrick Semansky)

Missouri Attorney General Eric Schmitt and Louisiana Attorney General Jeff Landry today will depose Fauci, who serves as director of the National Institute of Allergy and Infectious Diseases. The pair of attorneys general filed the lawsuit in May against Fauci and a smattering of federal officials.

"We plan to get answers on behalf of the American people. Stay tuned," said Schmitt, who will step down from the attorney general's office in January to be sworn in as a U.S. senator.

The lawsuit originally only included Missouri and Louisiana as plaintiffs. In August, Schmitt added several new plaintiffs to the case, including St. Louis conspiracy theorist Jim Hoft, who was banned from Twitter last year after repeatedly promoting falsehoods about the 2020 presidential election.

In the nearly two decades since its founding, Hoft's website has spread debunked conspiracies on a wide range of topics, from the 2018 Parkland school shooting to former President Barack Obama's birth certificate. More recently, he's helped proliferate lies about the brutal attack on House Speaker Nancy Pelosi's husband and made false claims about U.S. aid money sent to Ukraine.