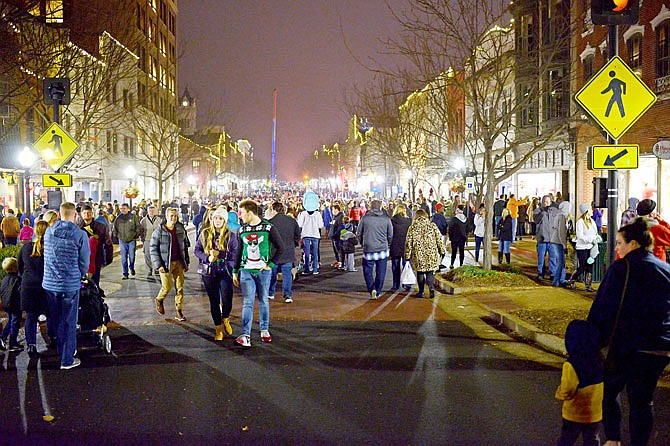 For the first time, Living Windows will have an opening ceremony to get people into the Christmas spirit before downtown Jefferson City storefronts come alive.

"We thought we'd add something to it this year by creating more of a formal beginning," event chairwoman Cara Stark said. "It's a very short thing to get people pumped up and excited, and to kick off Christmas spirit in Jefferson City."

Mayor Carrie Tergin and some Christmas characters will help kick off the event.

"We're going to ask for a little bit of audience participation," Stark said. "We're going to have some of everyone's favorite Christmas characters there who are going to be part of the opening, and there may or may not be a carol involved."

The opening ceremony will start at 5:45 p.m. Dec. 2 at the intersection of High and Madison streets. The main event is scheduled for 6-9 p.m.

Another addition to Living Windows this year is a website to let people know who is performing and what businesses they will be in. There will be QR codes to the website on signs in each downtown business window.

"I know they've had maps in the past, but I think they were always paper," Stark said. "This way, somebody can just whip our their phone and use the QR code to go straight to where everything is listed."

Since 1988, Living Windows has drawn thousands of people to see the festive performances and decorations in the windows of almost every downtown storefront window on High Street.

In its early years, the event was held to attract crowds to the downtown area. Ever since, it has meant the beginning of the holiday season for Jefferson City. Many of the event classics will be returning this year, including live reindeer, hay rides and Santa.

Living Windows coincides with the Governor's Christmas Tree Lighting, which starts at 6 p.m. and with Mansion candlelight tours from 6-8 p.m.

The downtown Christmas parade is scheduled for 4:30 p.m. Dec. 3.