Community Band to perform in Rotunda 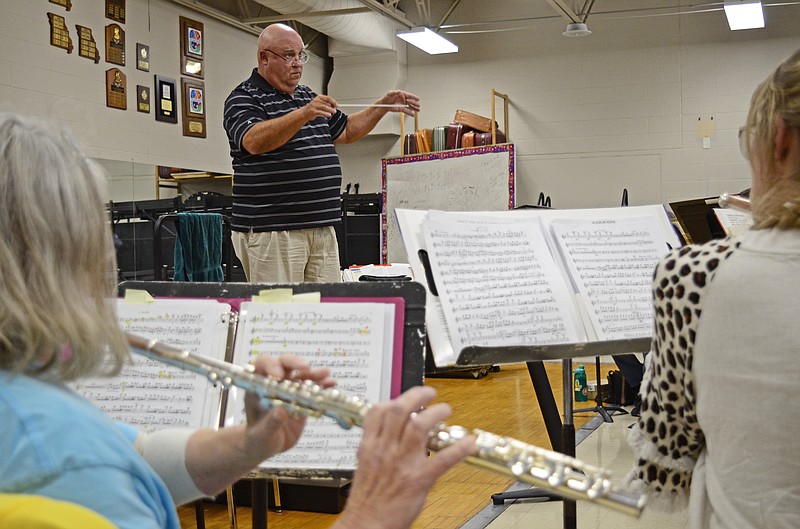 Jefferson City Community Band invites those of all ages to its upcoming performances. The band has been out of commission since the pandemic, but this Sunday, it will kick off the 2022-23 season.

The show begins at 2 p.m. in the Capitol Rotunda.

The band is composed of individuals ranging from high school students to professional musicians. The variety in musicians provides a unique opportunity in which musicians can learn from each other's experience and talents.

The organization welcomes all ages and instruments; they only need a love of music.

"Even if you put your instrument away after high school or college, you can always pick it back up," said Becky Miller, a JCCB board member.

If you are interested in joining, new members are welcome year-round. Visit the Jefferson City Community Band Facebook Page, reach out via email at [email protected] or join the band during rehearsals Tuesday evenings at 7 p.m. in the Helias High School band room.

This season's performances have been made possible in part by sponsorships, as the organization's only other form of income is through patron donations at concerts. Hawthorn Bank of Jefferson City has been a key contributor to the growth of the band since its inception.

Including this Sunday's performance, the remaining season includes four more concerts: a performance at the Mayor's Tree Lighting on Dec. 6, at Capital Mall on Dec. 10, at Calvary Lutheran School on March 25 and at First Christian Church on May 29.

The band is under the direction of three different conductors: Paul Rinan, Greta Lieser and Kevin Zorena. The trio's combined efforts have led the band along with different section leaders aiding in the facilitation of communication among band members.

"The Rotunda is a really nice location. The acoustics are amazing for this type of performance," Miller said. "It is really great to offer something like this in our Capitol Building." 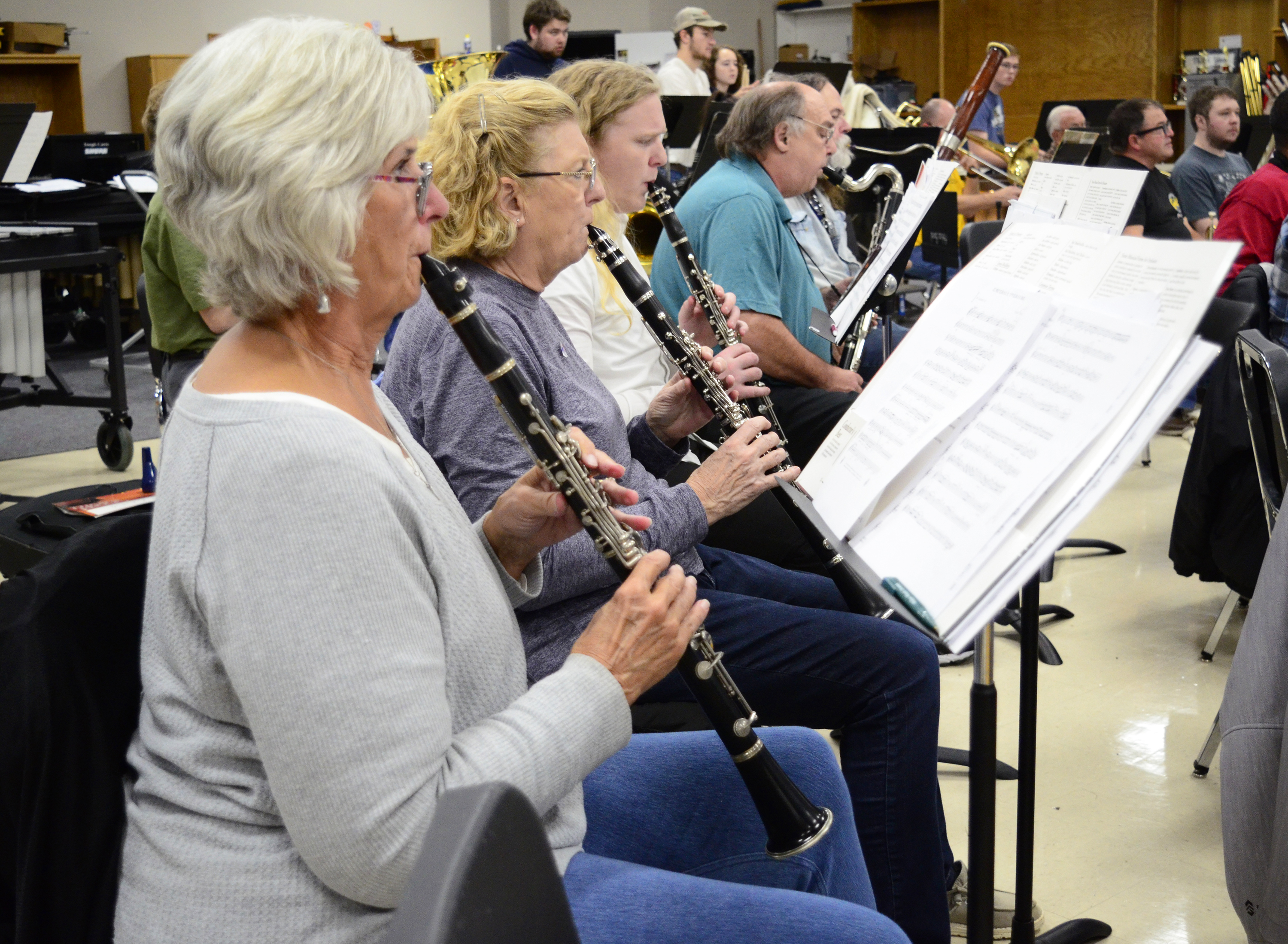 Eileen Wisniowicz/News Tribune photo: From left, Nancy Nickleson, Pam Cochran, and Dale Scott play the clarinet in the Community Band during a rehearsal on Tuesday, Nov. 8, 2022 at Helias High School. The band is looking forward to their first concert of the season on Sunday, Nov. 13 in the Capitol Rotunda at 2 P.M. The concert is open to the public. 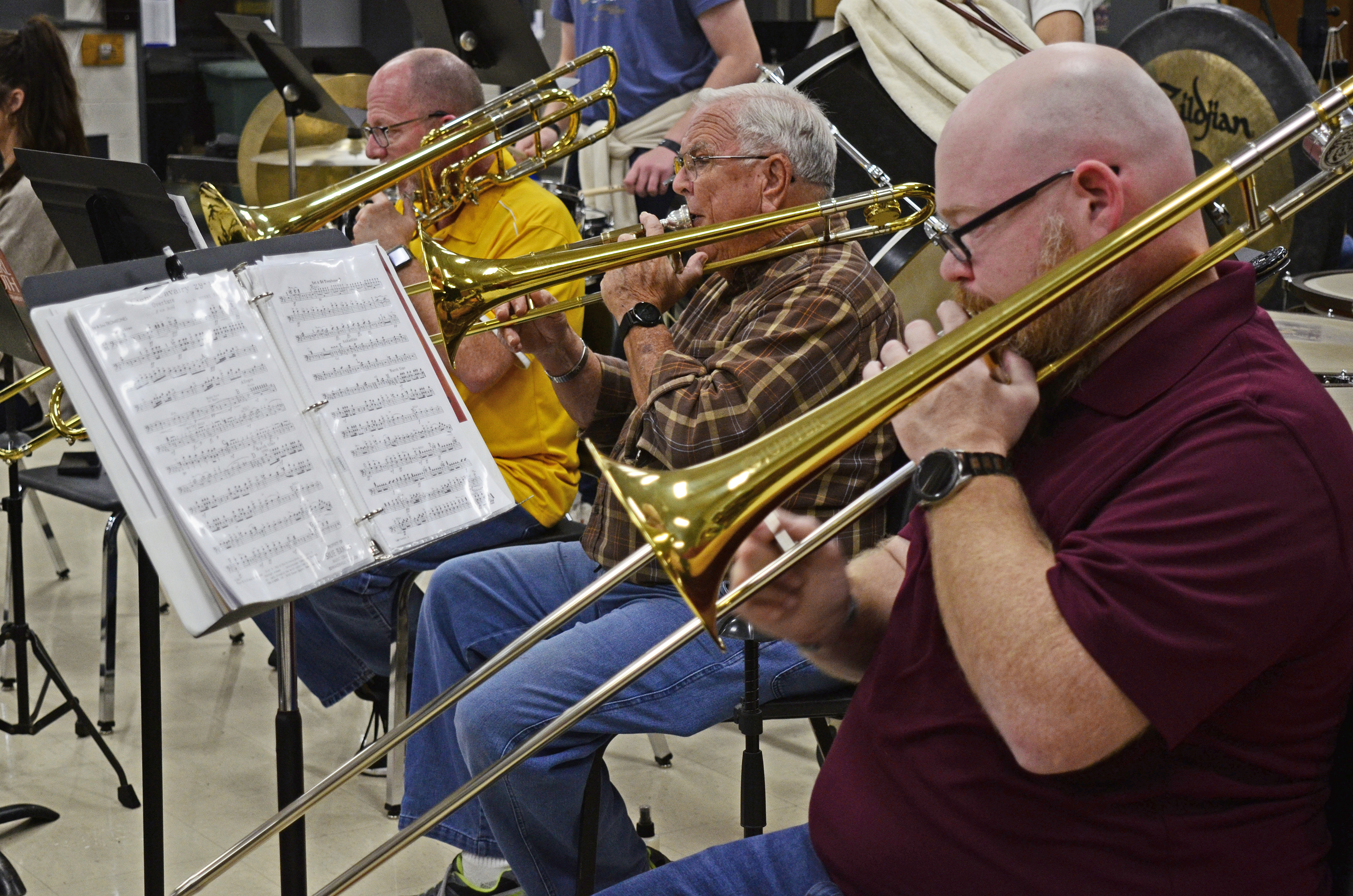 Eileen Wisniowicz/News Tribune photo: From right, Tom Haynes, Mitch Hofstetter, and Ray Spiller play trombones during a Community Band rehearsal on Tuesday, Nov. 8, 2022 at Helias High School. The band is in its final rehearsals as it prepares for its concert on Sunday, Nov. 13 at the Capitol Rotunda at 2 P.M. The band will be honoring veterans and welcomes the public to come listen.