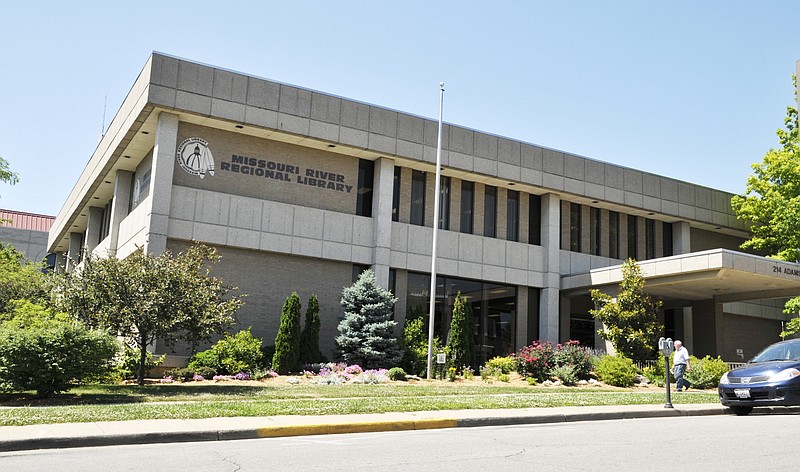 The task force had been in discussions about finding a day shelter for members of the homeless community before several disturbances at Missouri River Regional Library occurred, according to the CMCA.

The disturbances have spurred groups and businesses around town to raise concerns, according to a CMCA release. The organizations ask that the community comes together to find a solution that works for everyone.

"Of course, there have been concerns expressed from our patrons about some of these behaviors," Young said. "Discomfort."

Staff and patrons have witnessed drinking and smoking. And, some of the homeless population who comes to the library spend a lot of time sleeping there.

"It doesn't match the image most people have when they come to the library," she said.

And, some of the more troublesome activities escalated to a point that Young was forced to intervene. She removed two who were fighting. And she has been more aggressive about requiring homeless patrons to follow the patron code of conduct, she said.

"I do feel that what I said was not always respected. It seems that a harder approach has gotten better results," Young said. "It finally wakes people up. That's what I focused on -- trying to keep that balance of following our patron code of conduct, also their right to be here. I think we've got to balance compassion and the need for some rule-following, respectful behavior and a public library. We've got to balance those things."

MRRL isn't kicking people out because they want to sit inside and use its chairs, charging stations and computers, she said. That's what they are there for.

The library has a person on staff whose job is to sit down with patrons and help them fill out forms, that includes those people who may be homeless.

The majority of the homeless population using the library is respectful and appreciative of the space and its resources, she said.

Half of the patrons say it's good that the population has a place like the library -- helping with information, resources and programs. They appreciate the MRRL Caring Connections program, in which the library brings social services organizations into the library once a month to connect them with populations in need.

Some patrons don't think the homeless population is using the library the way it was intended, Young said.

The community still needs to have a conversation, she continued.

"We, as a community, need to find solutions, as this is not a library issue, but a community issue," the CMCA release said. "Homelessness has a ripple effect throughout the community and affects neighborhoods, businesses, taxpayers, etc., and we want to be a community that thrives."

CMCA is asking that churches, organizations, business leaders, community members and friends join it at 6 p.m. June 16 in a discussion in the Jefferson City Council Chambers, 320 E. McCarty St.

Recent incidents just bring to light that it's not the library's job to act as a day shelter, Thompson said.

"It's a community issue -- not a library issue," she continued. "We do need to find other solutions to where our unhoused friends can live during the day."

Thompson said she hopes to hear ideas for a solution from the business community.

People with questions should email her at [email protected]