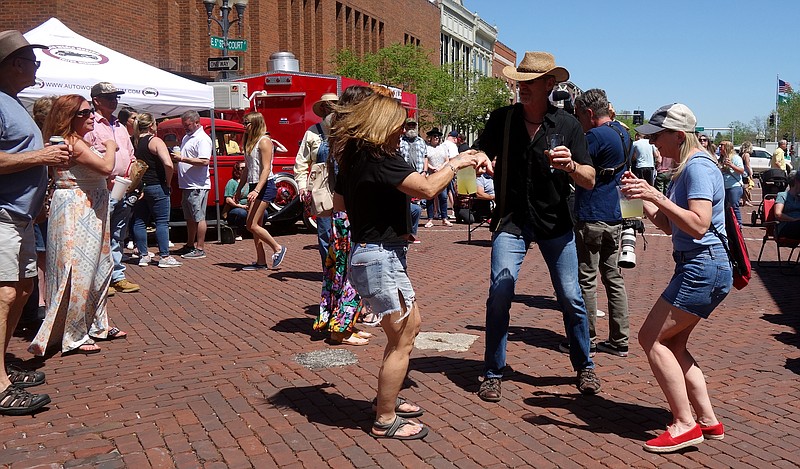 Attendees dance in the intersection of Court Street and Fifth Street in downtown Fulton on Saturday during the 10th annual Morels and Microbrews festival. FULTON SUN/MICHAEL SHINE

A long-shot idea has become a Fulton staple over the last decade.

More than 1,260 people came out to the Fulton Brick District on Saturday for the annual Morels and Microbrews Festival.

Gerry Vaught, owner of Bek's and president of the Brick District board, said the festival came about after a friend suggested a morel-based festival when Vaught said it wasn't possible.

However, after sleeping on the idea, Vaught came back and decided to give it a try.

He was already involved with the Brick District and proposed hosting the festival downtown.

Vaught said the first event included about 10 area breweries and about 100 pounds of mushrooms to sell.

This year, the festival included more than 40 breweries and about a half dozen food trucks.

Vaught said he never seems to have enough morels to keep up with demand. He had more than 460 pounds for Saturday's event and "ran out real quick."

Over the years, the Morels and Microbrews Festival has become a staple of the season for Fulton.

"My whole goal was just to put Missouri on a map and Fulton known as the town that has morels and microbrews and small festivals that only lasts four hours," Vaught said.

While Morels and Microbrews is a Brick District event, he said Amanda Long and Blaine Pestle are the two other main people dedicated to making the event happen. 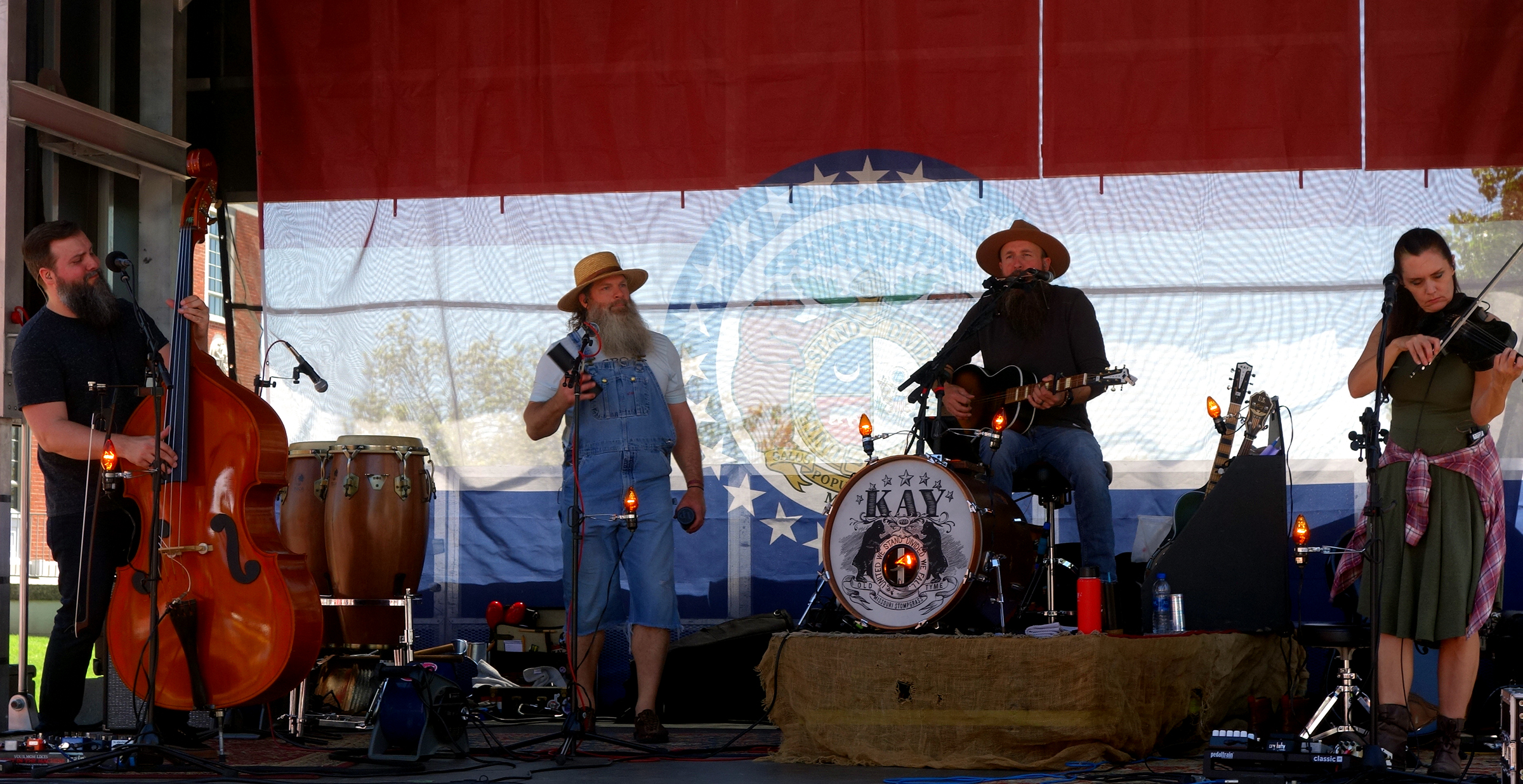 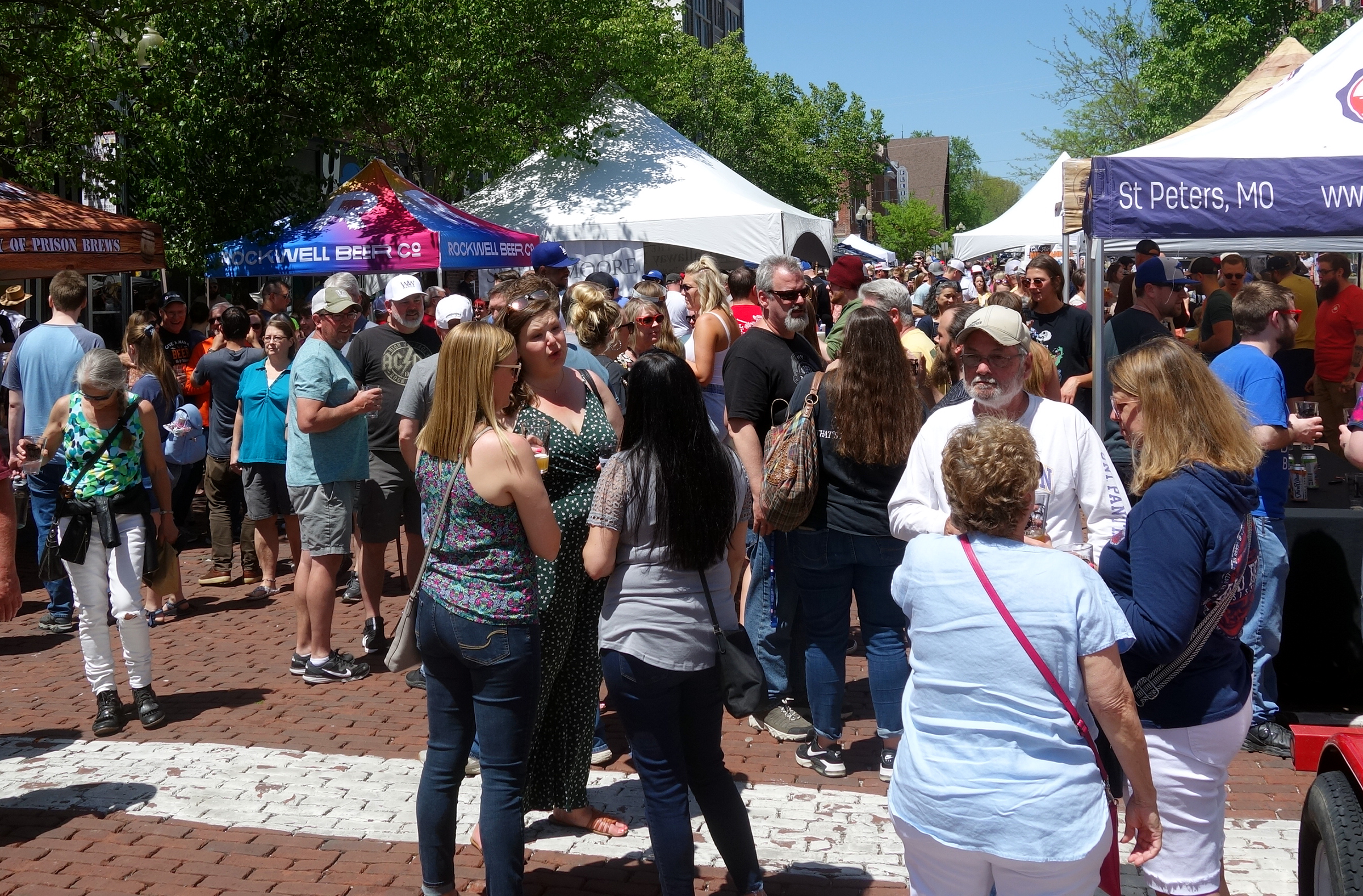 The crowd mingles along Court Street in downtown Fulton on Saturday during the 10th annual Morels and Microbrews festival. FULTON SUN/MICHAEL SHINE