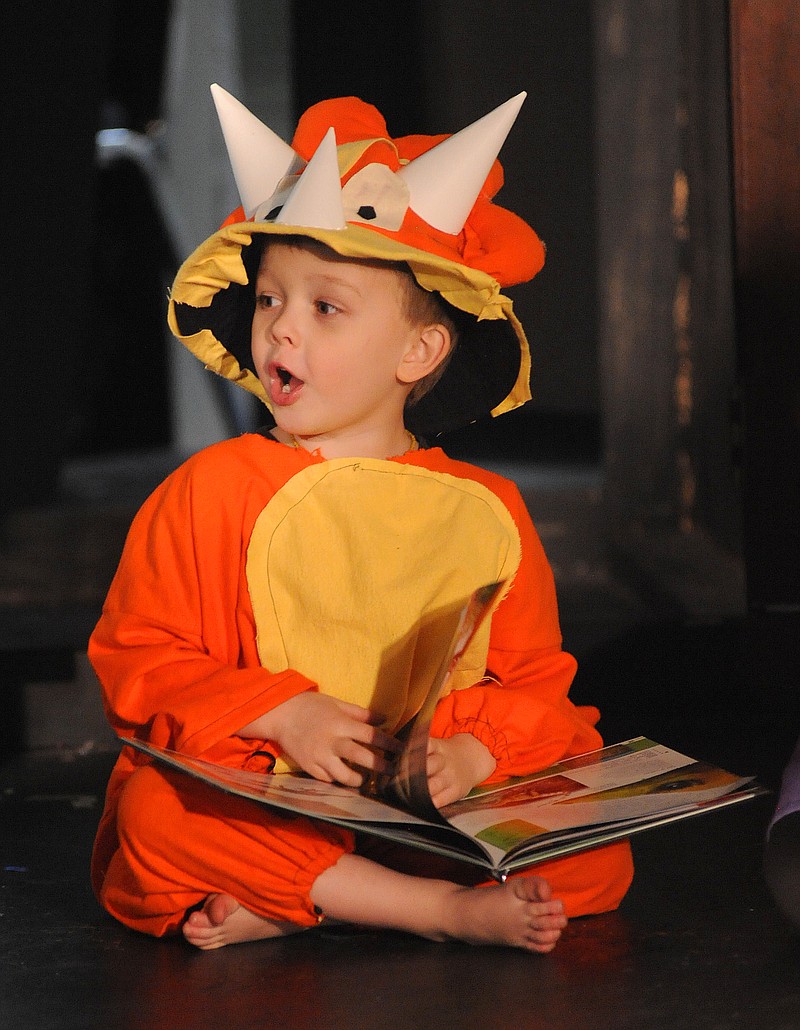 The youth-oriented theater presents "Dinosaur Daze" at 6 p.m. Friday, followed by "Time Machine Trouble" in the second act. Both will also show at 2 p.m. Saturday.

In two one-act performances, "Dinosaur Daze" and "Time Machine Trouble" tell separate stories that end up connecting by the show's end. The plot starts off with the first production, centered around a time traveler who goes to visit dinosaurs. Her role continues after a 10-minute intermission in the second production, but this time, the time traveler and her niece hijack the time machine and take it through history. The plot is based on "The Time Machine" by H.G.Wells.

Director Kira Rutter said the heart of Itsy Bitsy Broadway is to bring education to theater, and as such, this could be the very first production for some of the young actors. The age groups they work with require a bit of "going with the flow."

"As the director, I narrate the action, and (if anything goes off script), I narrate that like it was meant to be that way," Kira said.

The theater also educates young people on the tech side of a production, helping run the show with Kira's husband, Jon-Michael Rutter, at the helm. Around eight children ages 8-15 are helping behind-the-scenes with this production.

"It's kind of fun looking behind the stage and seeing loads of kids on (walkie talkies) helping get the show off the ground." Kira said.

She said this production is helping teach the actors versatility and helps them apply what they've learned in Itsy Bitsy's classes. As the actors travel to different eras in history in "Time Machine Trouble" -- ancient Greece, the Viking Age, King Arthur's rule in Britain, the American Revolution, the Wild West and more -- 12 actors are doing costume changes constantly.

The costumes have kept the crew on their toes, too. When Kira and her mother made some of the initial dinosaur costumes and brought them to rehearsal, there was a split in a young actor's seam almost immediately. She thought: "Back to the drawing board."

"It's hard to tell a 3-year-old to just be careful," Kira laughed. "We had to change the costume structure."

Itsy Bitsy productions focus on making sure all personalities get the chance to shine -- and it's a group effort to help the production come to life.

Emma Damas, who plays the time traveler, keeps the young actors in order during the scenes, and Kira tries to use each child's talents in their roles -- it takes all types to create a successful production, she said.

"We love our big personality performers, (but we also need) the focused, studious kids, because they all shine in a different way," Kira said. "Their strengths make them better in different ways."

Parents are also on hand to help alongside the children.

Amy Greenbank, a local artist and mother of one of the actors, painted all of the scenic backgrounds for the production -- with some help from the children at times.

"I really hope students are able to get that all-over knowledge of how to run a show -- do set and costume changes, moving on their ques, etc.," Kira said. "It requires a lot out of our actors and techies."

For some actors, this is their very first time on stage. For others, they've been in productions since they were 3. But for both, the joy is there -- after all, it's about dinosaurs.

Kira's sons, Lysander, 7, Milo and Oliver, both 5, are seasoned veterans at the theater, and they all wanted to be in "Dinosaur Daze" this year, "because it's dinosaurs," they said.

She hopes the audience will also get excited about theater, that it's meant for them, even at a young age, and learn something from it.

"It's educational for the kids, and each time, I'm learning more," she said. "As we encounter new shows with new inspiration, we're learning together how we're going to pull that off."

One ticket will cover both shows, and it is $5 for adults, $3 for children older than 3 and free for children younger than 3. For more information, email the staff at [email protected] or visit their Facebook page at bit.ly/3iaHaF5. 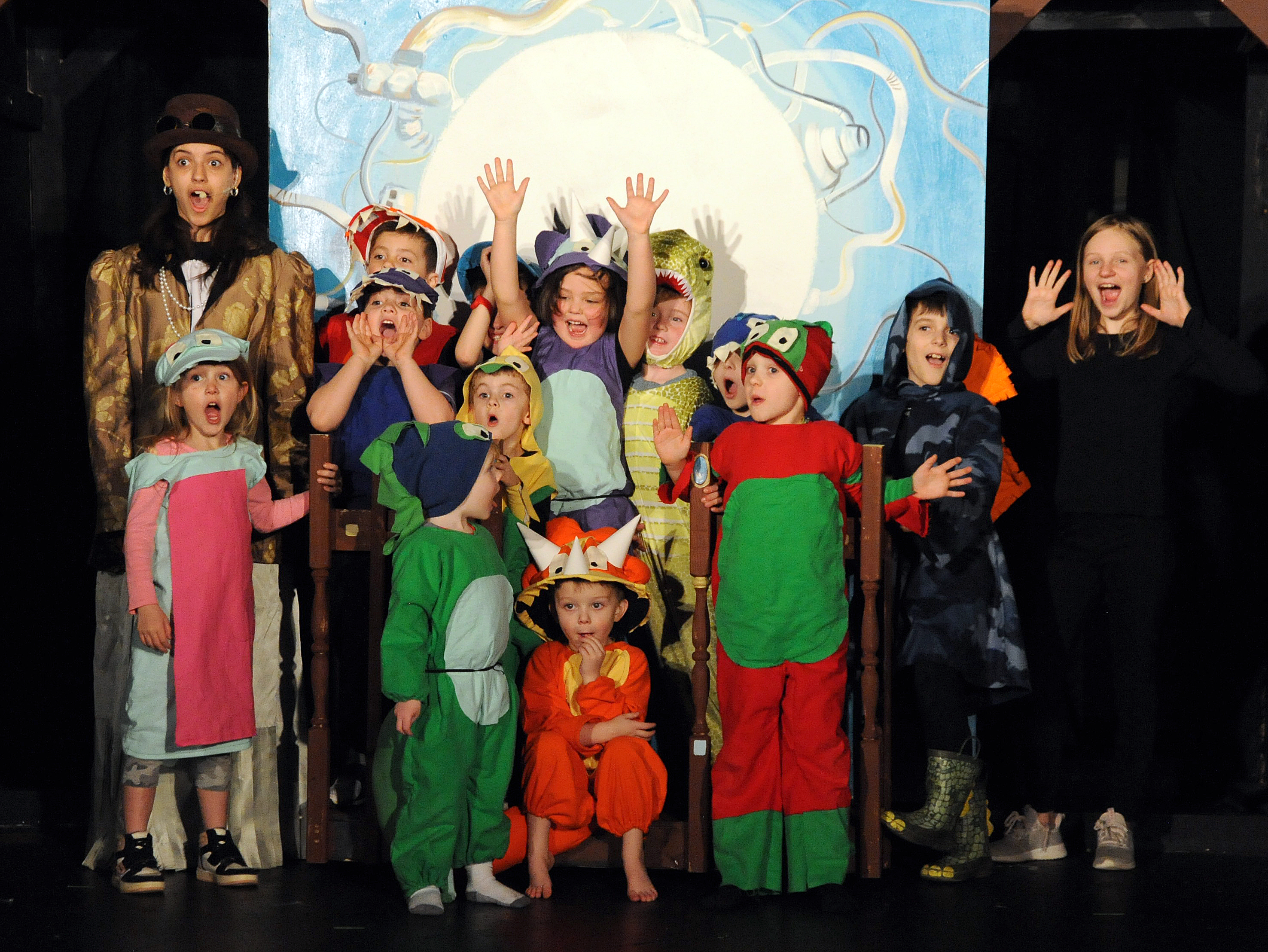 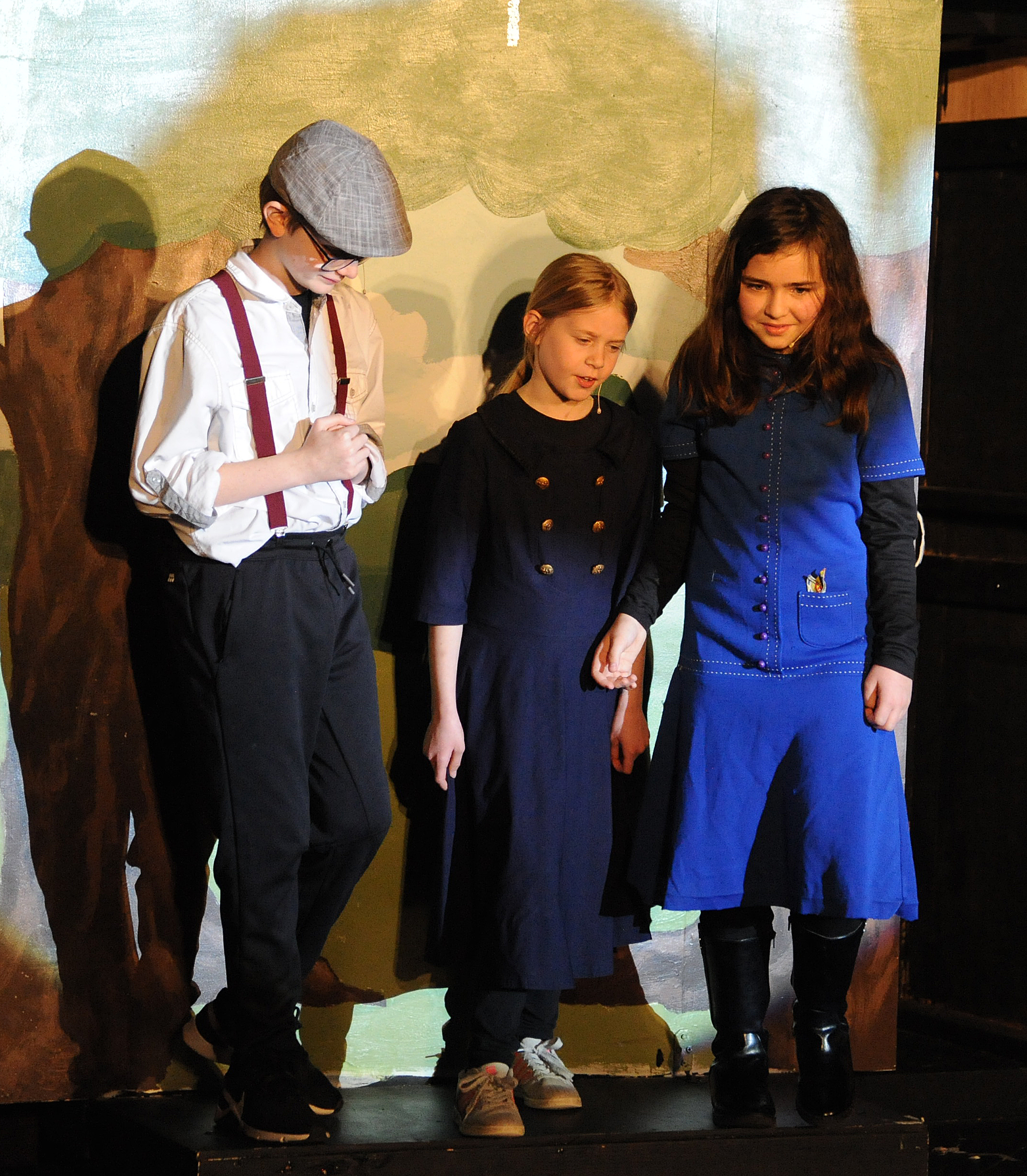 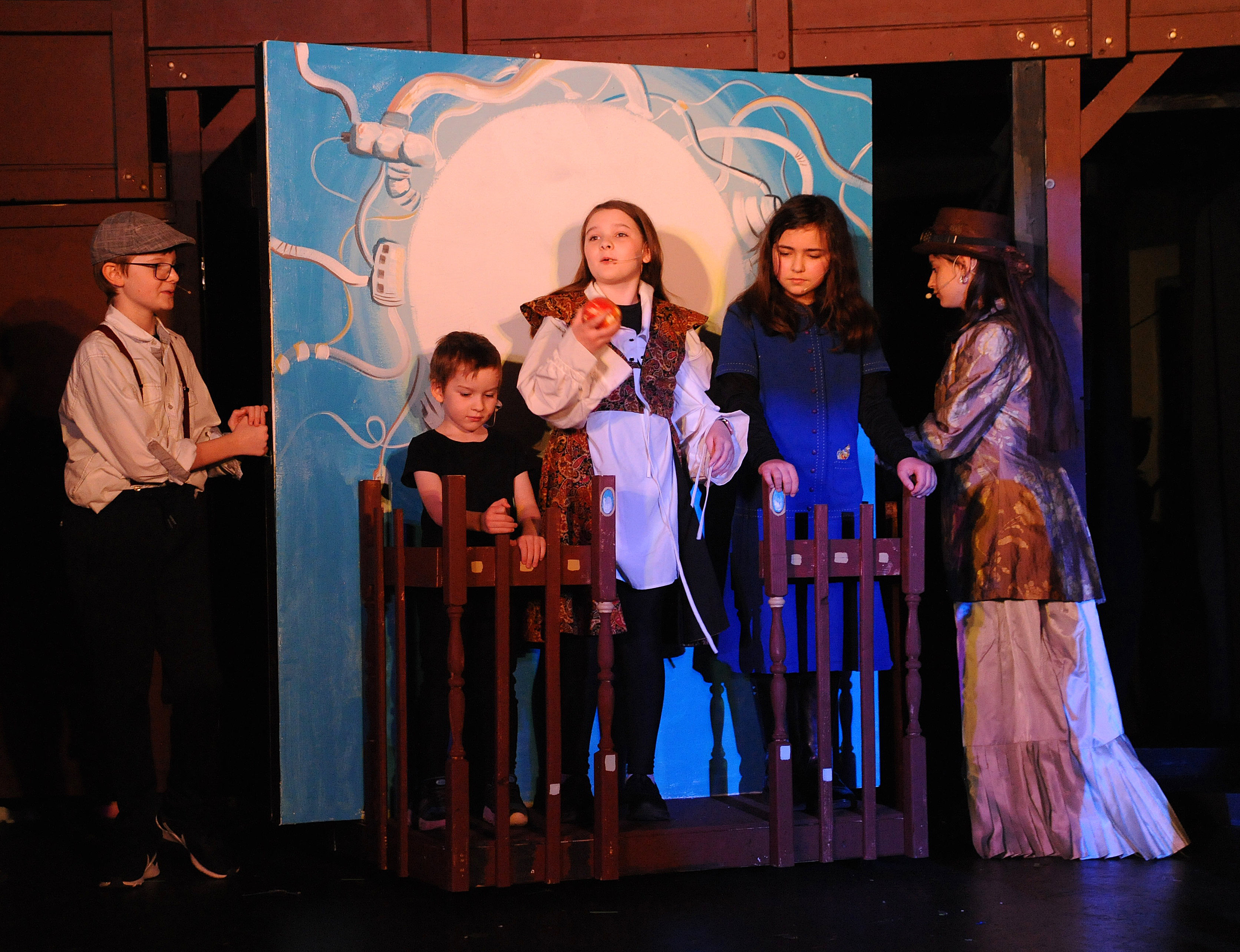 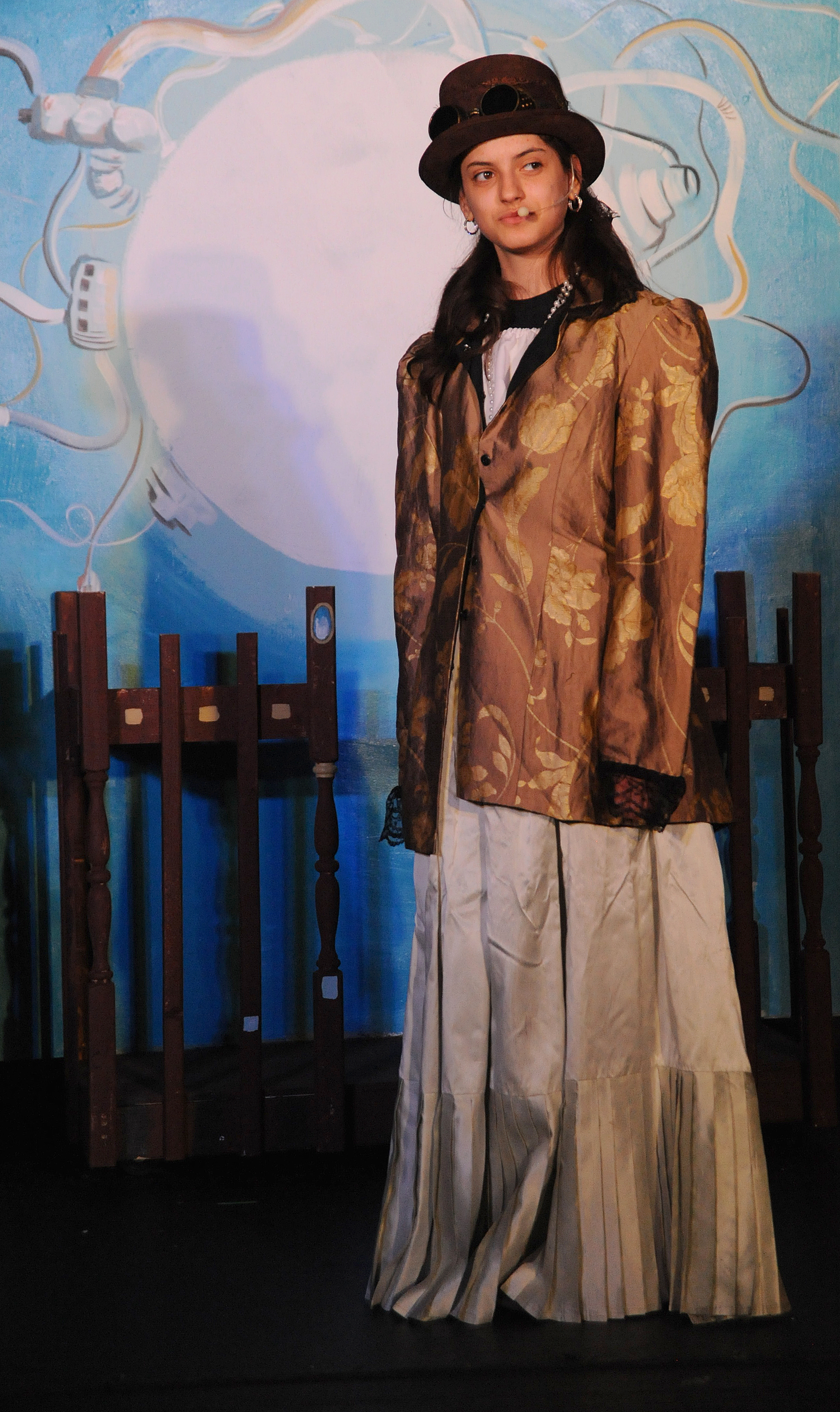