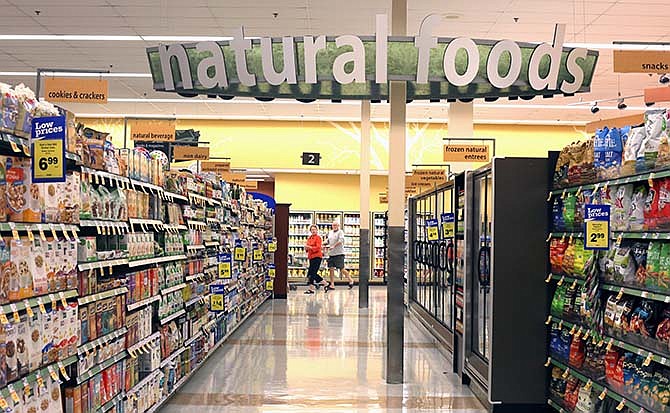 Soaring grocery prices are hard to ignore, and there isn't an immediate end in sight, a food economy expert at the University of Missouri said.

Scott Brown, MU director of strategic initiatives and an associate professor in the College of Agriculture, Food and Natural Resources, said food prices are climbing to historic levels for a variety of reasons, and it will take time to reverse.

Brown studies the economics of food prices and tracks the Consumer Price Index (CPI) of major agricultural goods. He said the current situation around food prices is "fairly unusual."

"I do see this as a trend that's not going away very quickly," Brown said. "It's very difficult to see CPI for food moving lower after an upward adjustment."

February's consumer price index for food was 7.9 percent higher than it was a year ago. It's the largest increase since July 1981, Brown said.

The annual consumer price index for 2021 was also up by historic levels. It increased 3.9 percent for 2021, which is the largest increase in a year since 2008 when the Consumer Price Index had increased 5.5 percent.

In fact, the CPI didn't have a negative annual growth rate between 2008-21, Brown said, meaning prices didn't decline after the Great Recession and last major spike in food prices.

Brown said higher farm prices and higher costs to move goods around the world are the two major factors to blame for higher food prices.

About 20 percent of food cost comes from the farm, Brown said, and prices for livestock, dairy, wheat, corn, fruit and vegetables are rising at the farm level. Farmers aren't making substantially more profit, however, because the cost to hire more farmhands and increased fuel prices drive up costs for farmers.

The remaining 80 percent of the cost of food is added after it leaves the farm, Brown said, and the cost of labor and energy are increasing everywhere. Congestion in supply chains as a result of the COVID-19 pandemic is also increasing prices.

Russia's invasion of Ukraine is another factor, he said, because it's causing the price of crude oil, wheat and sunflower oil to jump up.

Russia is a global supplier of crude oil, and Ukraine is a major producer of wheat, sunflowers and sunflower oil for countries throughout the world.

The largest price hikes have been on beef, Brown said. Beef has led the way in price increases since August of last year.

Brown said there is a strong demand for beef among consumers and supply is naturally slowing down as the farmers reach a certain point in the cattle cycle.

"That's the biggest one, but I can pick out something like cheese that until earlier this year was running below year-ago levels, but is now also increasing," Brown said.

He said the rising price of food hasn't been consistent or evenly spread for different products.

The average person spends about 10 percent of their disposable income on food, Brown said, but it can vary depending on income.

"All things considered, it's a relatively small portion of monthly income, so many people can absorb some food inflation without having to make large changes," he said. "Some of the changes that might happen have to do with away-from-home food consumption. Higher value eating-out experiences go away, or people who do eat out are going to less expensive restaurants."

Brown said the way to combat increasing prices is to slow inflation.

He said the United States averaged a Consumer Price Index of 1.7 percent from 2010-19 and that would be a good goal to return to long-term.

"I think we will find ourselves in a better situation when we don't have the same labor shortages we have today, and we have other inputs like crude oil moving lower," he said. "But predicting either of those events is tough. I'm not convinced we lose these costs very quickly."