New website launches for planned Lake of the Ozarks casino 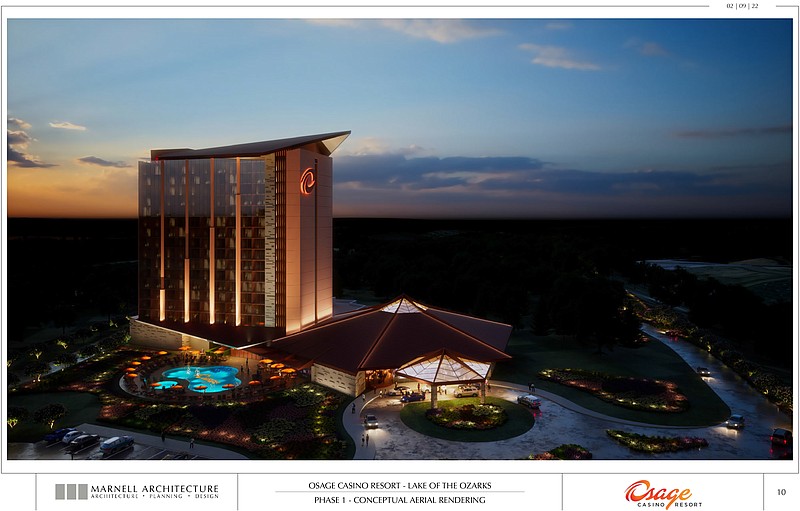 There's plenty of curiosity around the proposed Lake of the Ozarks casino, and the Osage Nation is letting the public in on the project through a new website.

The new site includes detailed information about the planned $60 million investment touted as a tourism booster and job creator, including a frequently asked questions section and a continuously updated news page.

"This new entertainment district will dramatically expand the Lake-area's tourism footprint, generating new jobs and economic opportunity," Osage Casinos CEO Byron Bighorse said in a statement. "While this project has generated significant support and interest, we know Lake area residents want more information, so we created this website to help keep them informed every step of the way."

The first phase of the development is expected to see a casino, restaurant, meeting place and sports bar, according to the site. It is expected to begin upon approval from the U.S. Department of the Interior, which must give the green light for the project to begin under federal law.

Developers plan to use local vendors and businesses whenever possible for the project, according to the site, while also providing support for the community through contributions to community improvement projects, charities, first responders and local schools.

The planned development is set to be built on the grounds of the former Quality Inn Hotel, which is in the portion of the Lake area that falls under Miller County. The county currently draws in around $40 million annually with more than 680 jobs; the planned complex would employ 120 locals with an estimated payroll of $7 million annually, according to the site.

While currently located in Oklahoma, the Osage Nation has historically had ties in Missouri, with a population of as many as 200,000 members at its height. It operates several casinos in Oklahoma and would bring the first tribal casino to the Show-Me State.

The nation announced its plan late last year with the backing of current and former state lawmakers who have represented the area.

Read more about the project at osagecasinolakeozarks.com.