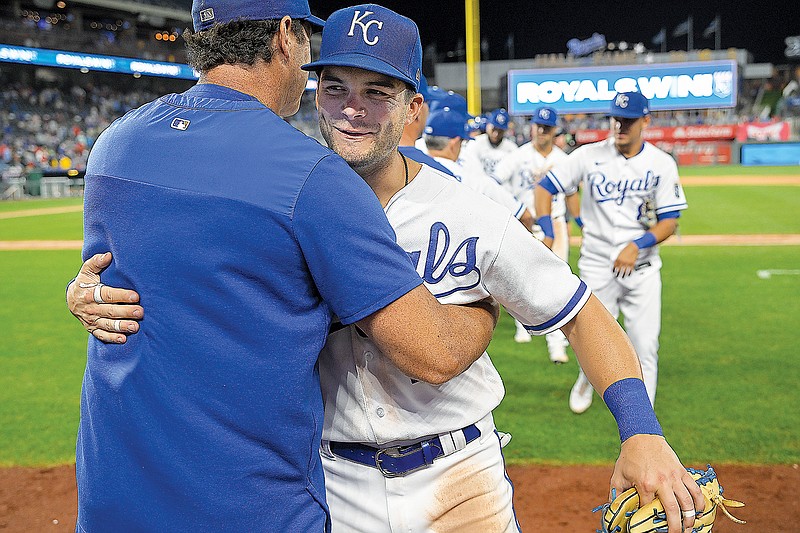 NEW YORK -- The New York Yankees acquired All-Star outfielder Andrew Benintendi from the Kansas City Royals for three minor league pitchers Wednesday night in what could be the first in a flurry of moves ahead of next week’s trade deadline.

A 28-year-old left-handed hitter, Benintendi was among 10 Royals who missed a four-game series July 14-17 at Toronto because he was not vaccinated. Benintendi lost $186,813 of the $8.5 million salary he won in an arbitration case against the Royals.

New York believes he is amenable to getting vaccinated. No Yankees missed earlier trips to Toronto this season, and the Yankees have a three-game series there from Sept. 26-28.

Benintendi is hitting .320 with three homers, 39 RBI and a .788 OPS. He won a Gold Glove in left field last year, and he hasn’t made an error this season, earning his first All-Star selection.

Benintendi, who is eligible for free agency after this season, gives the Yankees another outfield option alongside Aaron Judge and Aaron Hicks.

Giancarlo Stanton, who has played 38 games in the outfield. is expected to miss at least two-to-three weeks after going on the injured list this week with left Achilles tendinitis. Joey Gallo is hitting .161 with 103 strikeouts in 230 at-bats, becoming a frequent target of fan boos.

New York has increasingly used 36-year-old Matt Carpenter in the outfield, where he had not played since 2014.

Yankees manager Aaron Boone disputed the notion the Yankees have too many power hitters in their lineup. Benintendi should improve a team that is batting .214 left-handed and .258 right-handed.

“We’ve got savages in the lineup, and really good hitters. Benitendi’s a great hitter, gets on base at a really high clip, hits from the left side, so, yeah, gives you some balance,” Boone said after Wednesday night’s 3-2 loss at the Mets and just before the trade was announced.

“So if we get him, that’s another really good big league hitter to add to the mix that’s going to lengthen out a lineup and potentially give you that balance you look for. So if we get him, I’ll be excited to write his name in,” he said.

On Wednesday, Benintendi went 1-for-4 in Kansas City’s 4-0 loss to the Angels. Tonight, the Royals open a series at Yankee Stadium.

Benintendi has a .261 average with seven homers and 20 RBI in 30 games at Yankee Stadium. He finished second to Judge in 2017 A.L. Rookie of the Year voting and won a World Series title with Boston the following year.

“It will be definitely a big piece to what we got going on here … Any time you bring him into this type of culture we got, it’s always a plus and kind of a boost of energy,” Judge said. “Adding a guy like that will definitely give us a little pump up, that’s for sure. And I think he’s going to fit right in.”

Champlain, 23, was a ninth-round draft pick last year and was 2-5 with a 4.30 ERA in 15 starts and one relief appearance at Single-A Tampa.

Sikkema, 24, was taken in competitive balance round A of the 2019 draft and was 1-1 with a 2.48 ERA in 10 starts and one relief appearance at Single-A Hudson Valley.