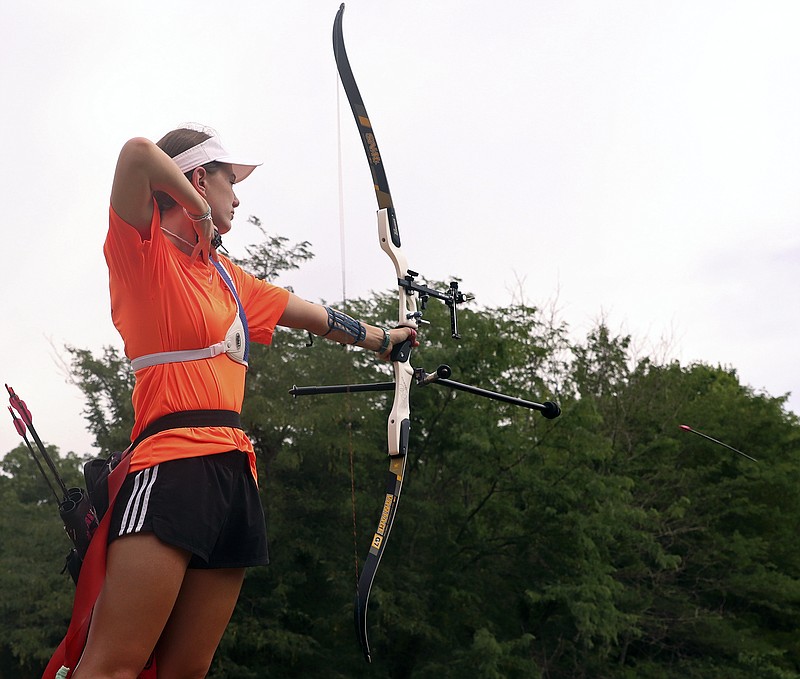 But that wasn't the challenge facing competitors in the Cole County 4-H Shooting Match.

It was the wind.

The wind blew steadily at about 17 mph, and gusted at times.

Ava said she wasn't shooting very well that morning. She was being modest, Patricia Nilges said. The crosswind at the range where Ava and other competitors shot was disruptive.

Organizers hold the annual competition at United Sportsmen's Club, 4000 Osman Lane, where there are multiple areas set up for shooting, and large berms of ground separate them for safety.

At another range, where some younger competitors were shooting arrows, the berms block the wind, she pointed out.

Students from all across Cole County joined the competition, which is considered a "pre-fair" event, for the Cole County Fair. Competitors receive ribbons and awards, and are recognized as fair winners.

Students also came from other counties, such as Miller and Pulaski. Students often come from multiple counties because they have to qualify for state fair tournaments by going through county tournaments, Bax said.

Bax said she was a regular competitor during the matches, but aged out several years ago.

Within the matches, the students generally take two practice rounds, then begin shooting "scored rounds" at targets. For example, air pistol competitors would take five shots at each of eight targets. Or the archers would participate in 12 scored rounds, each with five arrows.

Nine-year-old Waylon Rollins said he took up archery this year, and feels like he's pretty good at it. His mother, Kylie Rollins, said archery still feels new to Waylon -- that he's usually involved in team sports, like baseball.

"It's a little different," she said. "He's fairly good at baseball."

She said -- with archery being new to Waylon -- he's being careful not to compare how well he does in each of the sports.

Grant's been involved in shooting about four years, and Riley about three.

"I think it's fun. I enjoy doing it," Riley said. "I'm pretty good laying down. This year, since I just started the kneeling and standing ... I'm not that good at those."

Grant explained competitors 10 and under shoot from a prone position.

Riley said he did pretty well shooting from a kneeling position Saturday.

"But," he continued, "today was just not my day for standing or lying." 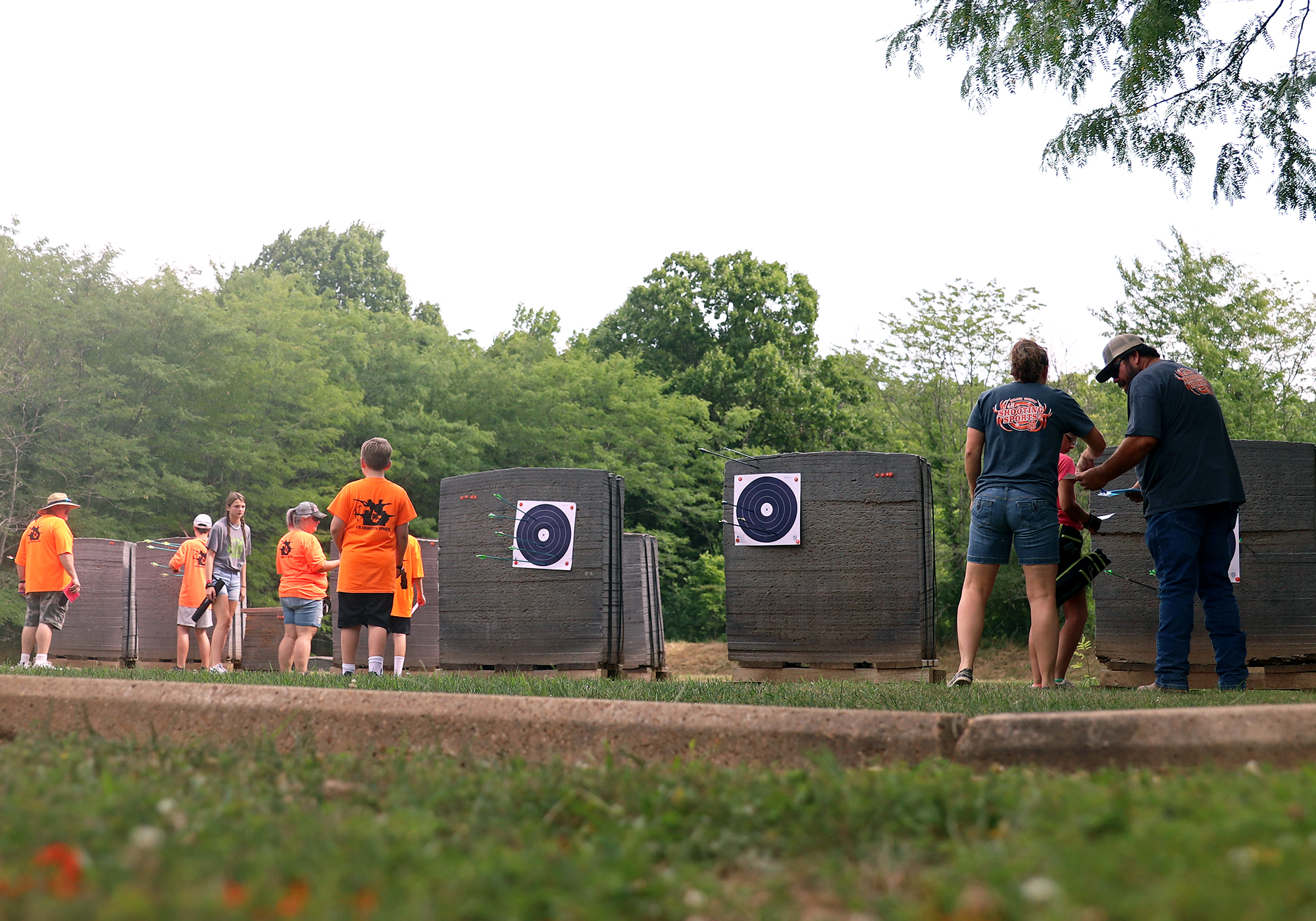 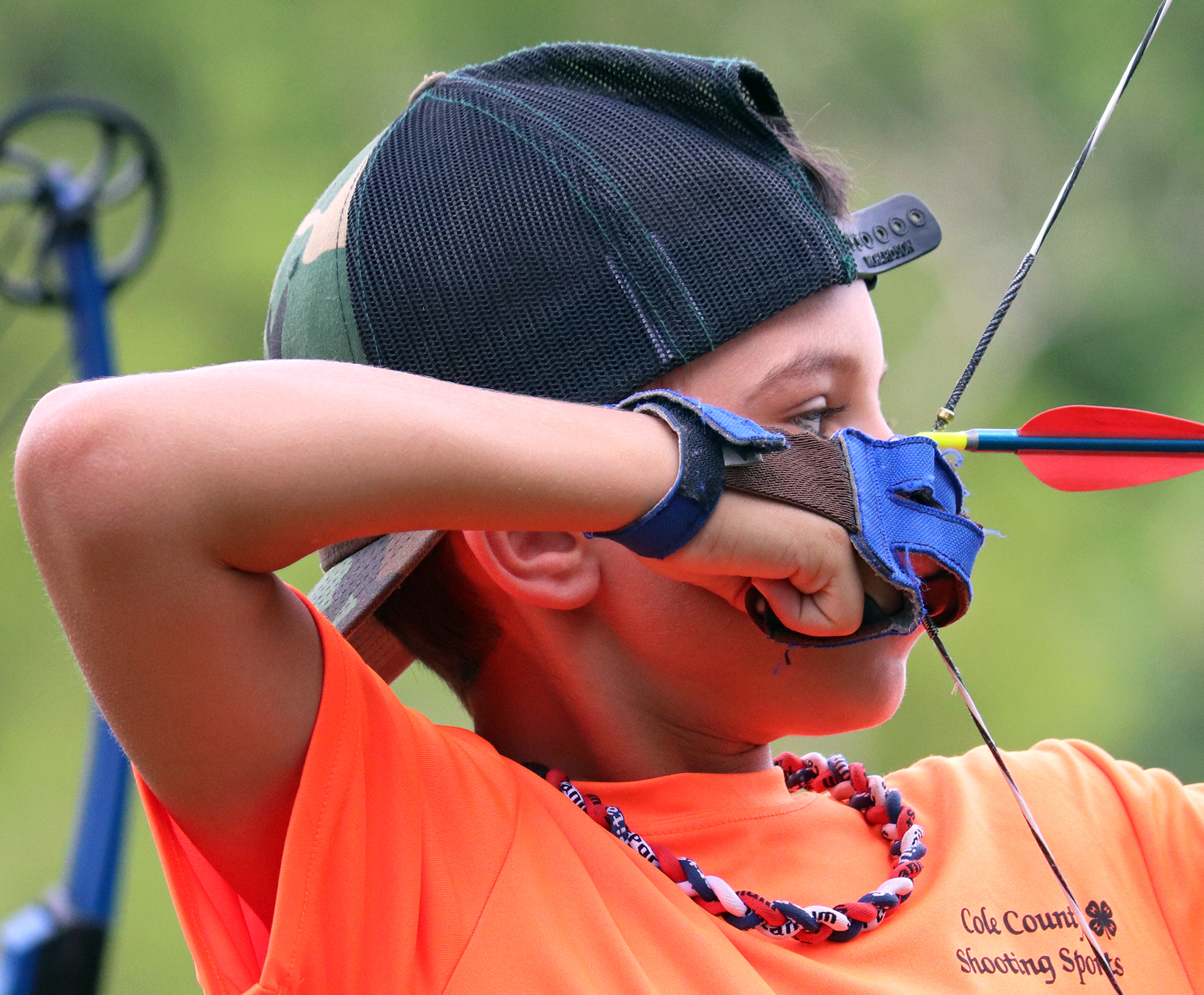 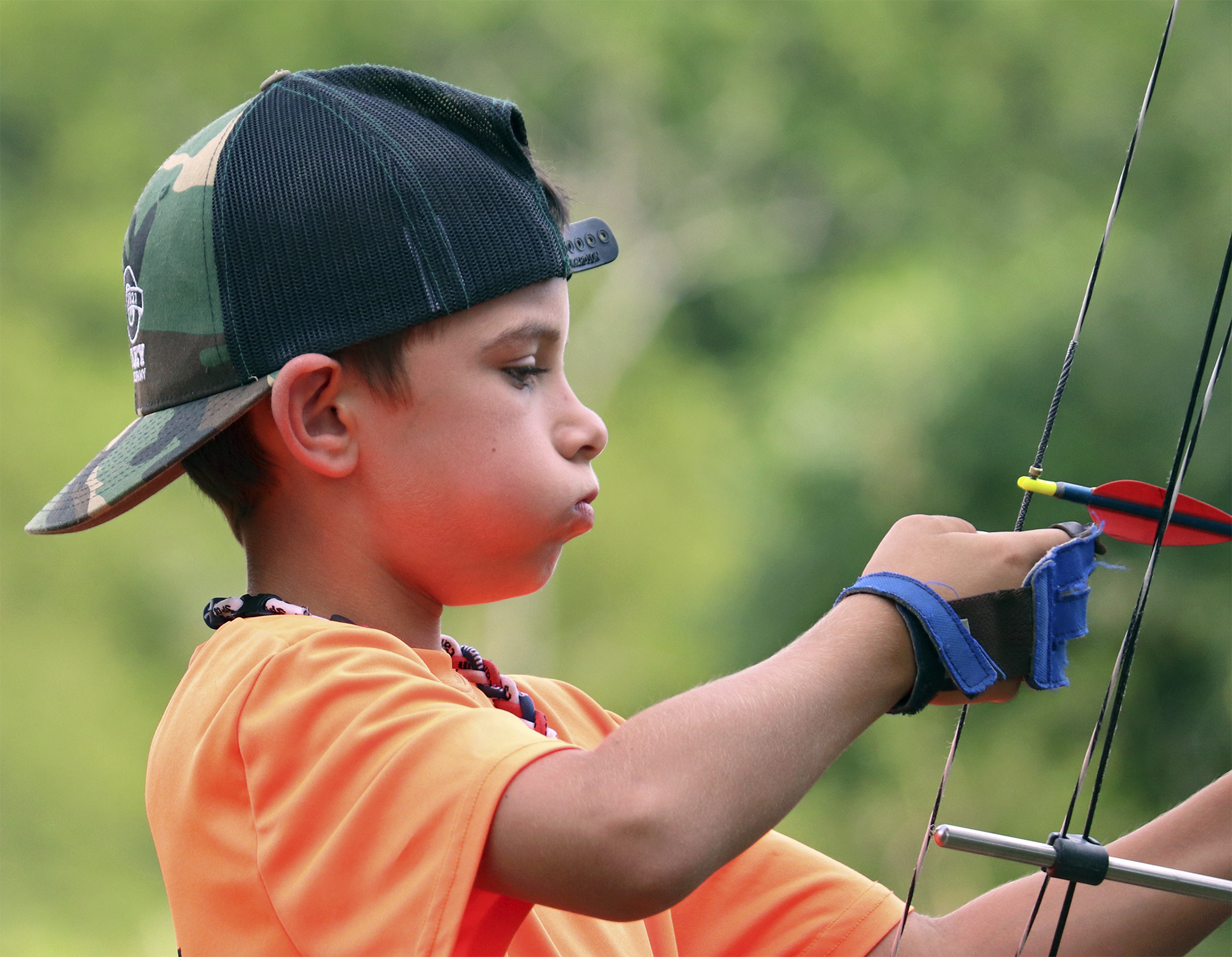 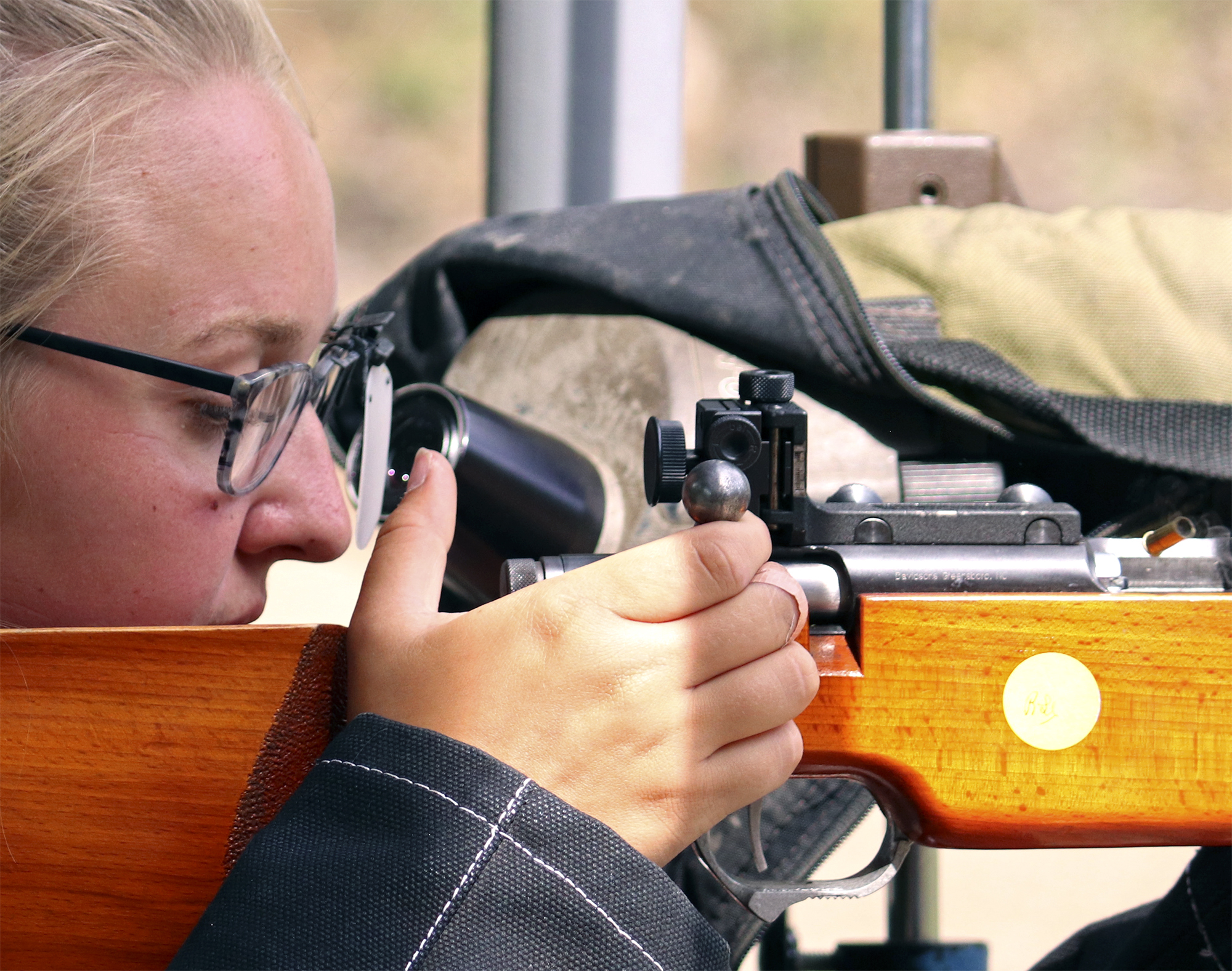