Missouri State of the State on tap this afternoon 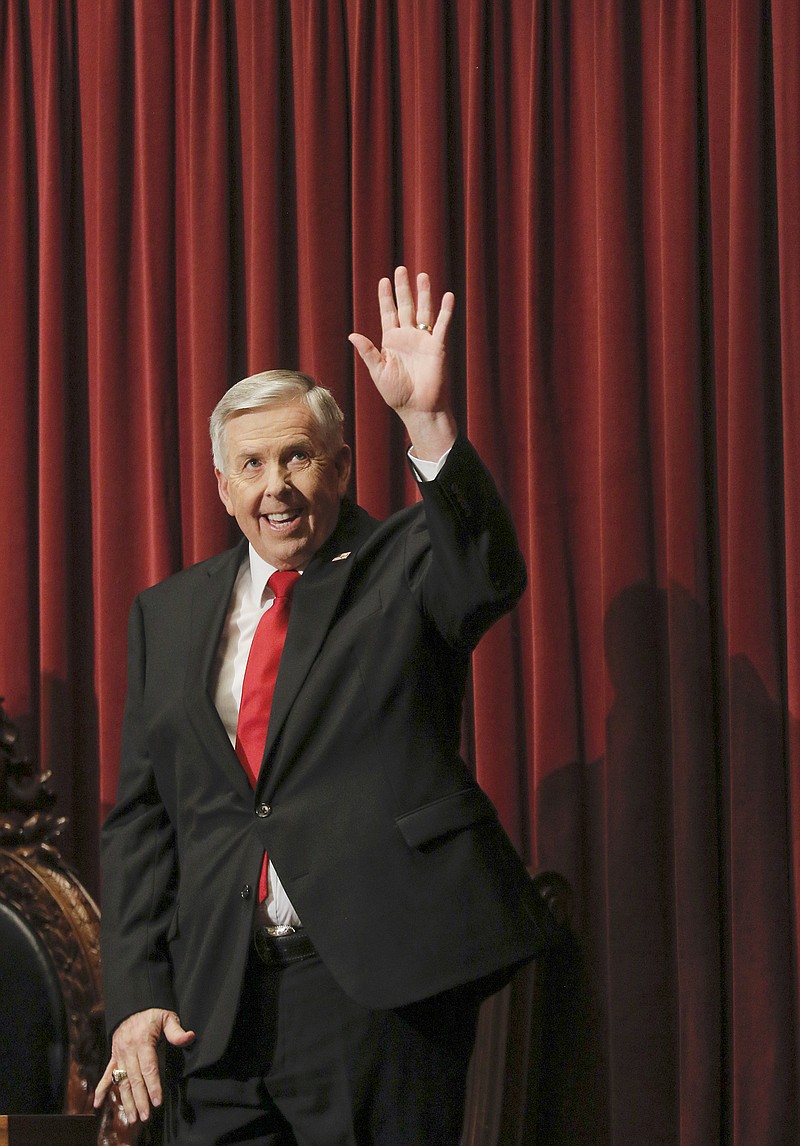 Missouri Gov. Mike Parson waves to the upper gallery Wednesday, Jan. 15, 2020, before making his way to the podium to give the annual State of the State address at the Missouri state Capitol.

The Missouri General Assembly is prepared to hear Gov. Mike Parson's plans and priorities for the state.

Parson will deliver the annual State of the State address at 3 p.m today in the House chamber. The speech will also be livestreamed on the State of Missouri's Facebook page and the governor's Facebook and web pages.

The House and Senate will convene in a joint session to receive the message and has already certified preparations to do so.

Senate President Pro Tem Dave Schatz, R-Sullivan, said he's expecting the governor to talk about his vision for the abundance of resources and federal COVID-19 funding the state has at its disposal.

Missouri received billions in federal COVID-19 relief money from the American Rescue Plan Act, but hasn't spent any of the one-time money.

Parson has already said he wants to use $400 million to increase internet access around the state and has committed some funds to improve water and wastewater infrastructure.

Kelli Jones, the governor's communication director, said he will detail plans for the rest of the funds in his address.

Schatz said he's also expecting Parson to talk about the issues that have been priorities for his administration.

"I think he's going to continue to hammer the things that he's been successful at, and that's workforce development, infrastructure investment and those things," Schatz said. "Those are going to be critical in how we continue to build on our education's success as well, so I would assume those would all be things that would be talked about."

Jones said workforce development, education and infrastructure have been Parson's focus since taking office, and they will be a significant part of his address.

His proposal to boost pay and establish a $15 minimum wage for state employees -- which is working its way through the Legislature -- is also expected to be included in the address. Parson gave lawmakers a deadline and said he wants to have the pay increase approved before Feb. 1.

Print Headline: State of the State on tap this afternoon