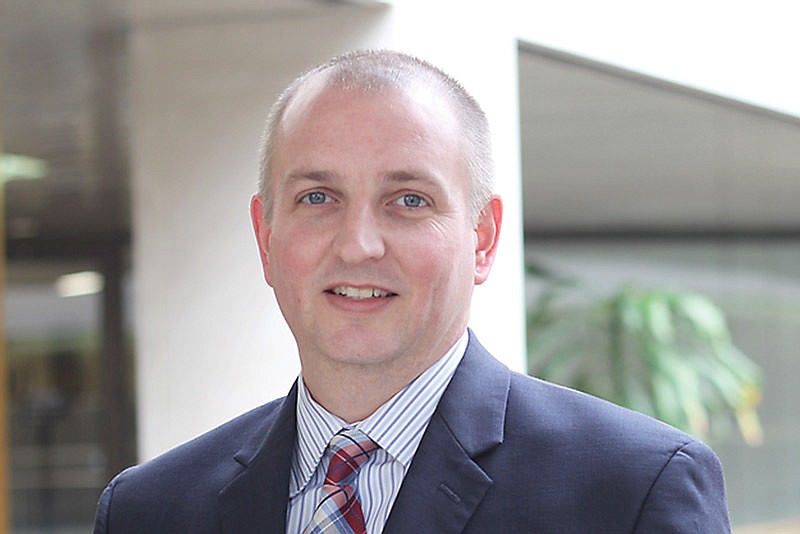 Once a strict numbers guy, Mark Stombaugh is eager to start working with local communities to finance critical development projects.

Stombaugh became the executive director of the Missouri Development Finance Board at the start of the year.

The Missouri Development Finance Board was created by state statute in 1982 to arrange financing for infrastructure improvements, private sector job growth and investment projects.

Stombaugh is only the second director of the Missouri Development Finance Board. The agency’s first and only other director, Robert Miserez, died in May.

Originally from Illinois, Stombaugh moved to Missouri nearly 20 years ago and began working to administer some of the state’s tax credit programs through the Department of Economic Development.

He then transitioned to economic development, where he’s worked for more than 15 years at state, regional, local and municipal levels.

“Early on in my career, I kind of went from tracking — more of maybe an auditor or compliance-type function — to really being out in the field working directly with the communities across the state,” Stombaugh said.

“I really enjoyed learning more about how communities prepare for these kinds of (economic investment) opportunities and how communities can support large-scale projects of any nature that meet their priorities.”

He most recently helped found and then lead the Missouri Department of Economic Development’s Regional Engagement Division. Under his leadership, the state conducted more than 300 business expansion and recruitment projects.

In that role, he also began managing the business development, customer-facing teams of the state’s economic development efforts.

“I’ve joked that I’ve always been kind of a numbers guy,” Stombaugh said.

He was introduced to the Missouri Development Finance Board during his time with the Department of Economic Development.

“I was excited to learn more about them and continue to support economic and community development partners throughout the state,” Stombaugh said.

He said he sees the board’s mission as providing innovative financing solutions for infrastructure needs and economic development projects around the state.

In his new role leading the agency, Stombaugh said he’s looking for opportunities to use the board’s resources to continue economic development activities in local communities.

Marie Carmichael, chairwoman of the Missouri Development Finance Board, said Stombaugh’s experience in economic development at the state and local levels will help the board expand its work and make a bigger impact across the state.

Stombaugh said he finds it exciting to connect with communities across the state to help bring their identified economic or infrastructure projects to fruition.

“Each relationship is a little bit unique,” he said. “So I’m just excited to continue, in a little bit different capacity, to support the partners and make new partnerships throughout the state.”

Stombaugh said he doesn’t plan to change how the board delivers service, and will continue working with the finance development team to expand investments to more communities and form better partnerships around regional or local projects.