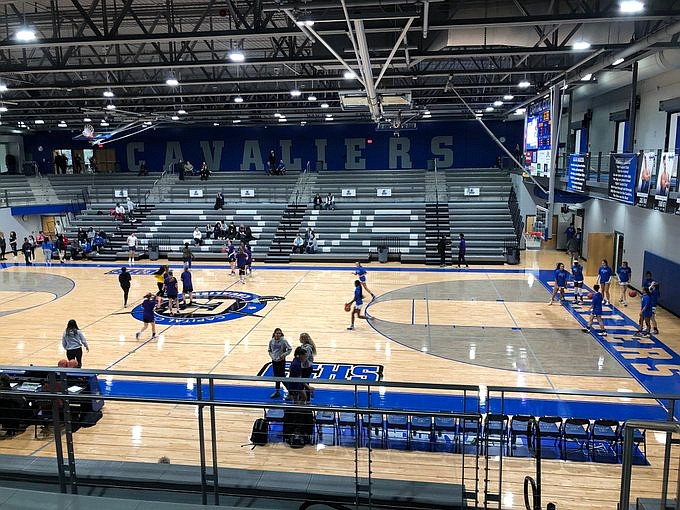 It was a solid opening two quarters for the Capital City Lady Cavaliers.

They did a good job on the offensive end and held a potent Hickman offense in check in taking a six-point deficit into halftime.

But things went awry in the opening minutes of the third quarter.

“We kind of fell apart, that’s part of our inexperience and our maturity, how we handle adversity,” Capital City coach Ashley Agee said after the Lady Cavaliers dropped a 51-30 decision to the Kewpies in Central Missouri Activities Conference action at Capital City High School. “We still struggle. When things are good, they’re good. When things start to go bad, the wheels fall off.

“Getting over that and putting four quarters together comes down to practice. We have to approach it differently because when you practice that way, you’re going to play like that consistently. And until we practice like we should and take that to the game, we’re going to struggle to play at a high level.”

Hickman, who led 21-15 at the half, scored the first six points in the third quarter to start an 11-2 run. Ella Rogers had nine points in the spurt for the Kewpies, who took a 39-23 advantage into the fourth quarter.

The Kewpie defense helped spark the third quarter surge, turning up the pressure from baseline to baseline. The Lady Cavaliers had turned the ball over just four times in the first half, but had eight turnovers in the third quarter.

“We have to learn to adjust, they applied a little more pressure and we kind of freaked out a little bit and the game got away from us,” Agee said.

The Kewpies led by as many as 25 points in the fourth quarter.

“We just have to put four quarters together,” Agee said.

The two teams swapped points early. A basket by Addison Jones gave Capital City its lone lead of the game at 5-4 midway through the first quarter. Hickman closed the quarter on a 5-2 run to take a 12-9 advantage.

Capital City trailed 16-15 after a layup by Jada Anderson with 1:15 to go in the first half. Hickman then scored the final five points of the quarter to take a 21-15 lead into halftime.

“The first half we played at a high level,” Agee said. “If we play like that, we can compete with anybody in this conference.”

“We have to score more than 30, we’ve been struggling to score lately,” Agee said. “We have to do a better job than that.”

Capital City (6-8, 0-1) is back in action Thursday in a CMAC contest against Battle in Columbia.

In Tuesday night’s JV game, Capital City was a 49-22 winner against Hickman. Denijah Fluellen and Amaura Sustell had 13 points each for the Lady Cavaliers, while Natiyah Ewing added 10.