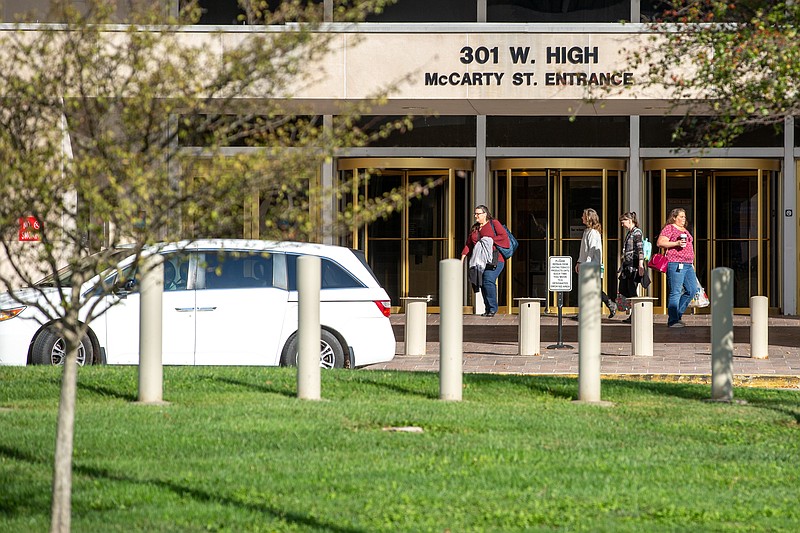 New task forces will look into potential remote work policies for state employees and Missouri's IT infrastructure in the coming years if approved by the Legislature.

State Rep. Louis Riggs, R-Hannibal, sponsored HB 2327, which would create a task force to study work-from-home arrangements from across various industries to determine the best way to implement a remote work plan for the state.

Deemed the "Work-From-Anywhere Task Force," the group would be comprised of lawmakers, gubernatorial and House leadership appointees, and representatives for the departments of Higher Education and Workforce Development and Economic Development.

The task force would be required to file a report proposing remote work policies with the Legislature by Aug. 28, 2023, and every two years thereafter, with a new set of members handling each report.

Riggs presented the bill before the House Workforce Development Committee during a hearing Monday afternoon, saying the proposed task force would help the state workforce keep pace with remote work standards employed by other sectors.

"We know that work from anywhere, remote work is here to stay," Riggs said. "What we're trying to do here is basically take a look at a subject that is going to stick around for a good long time and figure out what we need to do as a state in order to get ahead of this. ... It's a new paradigm, it happened right underneath our watch, but how do we get resources in front of this to get at what this means for us as a state?"

A majority of the state workforce went remote in March 2020 when the pandemic struck. Gov. Mike Parson directed workers to return to the office last May, though he took reports and recommendations from the departments on their experiences with remote work.

Riggs said 90 percent of the workforce reported satisfaction working from home due to flexibility it provided, with much of the dissatisfaction from those living in areas with poor internet coverage.

Riggs said the task force would look at the best ways for the state to implement popular remote work systems from the private sector to fit the state workforce's needs.

HB 2583 would create the Missouri State Technology Task Force focused on the state government's information systems. The group, made up of lawmakers, executives and IT experts, would be required to file a report on technological advancements that could be adopted by the government and recommending improvements to increase efficiency and accessibility for those searching for state records.

The task force would file reports in 2023 and 2025 and would meet every two years thereafter.

"One thing I didn't realize before I came up here was just how far behind we are with our computer systems and how it prevents us from doing some things that would make state government much more effective," Henderson said. "I think one of the more important things we're going to do with some of those monies is to try and bring us into the 21st century and make us more efficient, so I'm glad to see this bill come forward."

Federal funds may be on their way to bolster Missouri's IT infrastructure already. Parson's American Rescue Plan Act (ARPA) funding plan included more than $230 million for digital modernization and governmental improvements, including long-awaited upgrades for the Child Support System, e-licensing program and the Division of Youth Services' case management system.

The planned investment would be a jumping-off point for a new wave of IT upgrades for the state, according to the Office of Administration. The funds are subject to appropriation by the General Assembly.

HB 2564, Riggs' other proposal, would create the 21st Century Technology Innovation Task Force made up of lawmakers and representatives of the various state departments along with other stakeholders. The group would make recommendations to the Legislature on best practices to expand and maximize industries spurring technological innovation in Missouri, compiling a report by August 2023 and providing an updated study two years later.

The trio of bills saw support from several members of the committee. While no witnesses spoke against the proposals, Ross Lein, Missouri Chamber of Commerce director of legislative affairs, testified in support of the second and third bills, touting the benefits of system upgrades and innovation for the state and private sector alike.

"We believe improving the state's IT system will allow businesses to better utilize and access all the resources that the state has to offer, so we're happy to support," Lien said.

The committee did not take executive action on any of the proposals Monday.