Prosecutor not pursuing charges against newspaper over DESE data breach 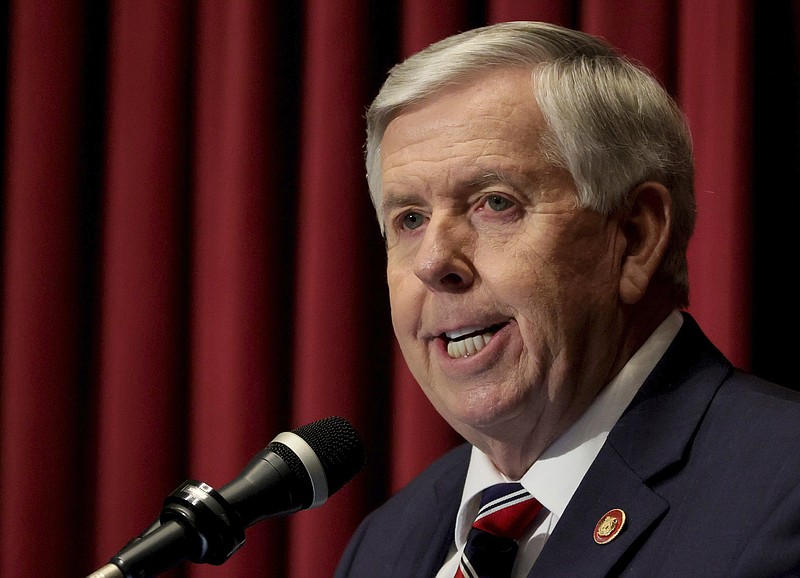 FILE - Missouri Gov. Mike Parson delivers his State of State address at the Missouri Capitol in Jefferson City, Mo., on Wednesday, Jan. 19, 2022. Parson's spokeswoman says the governor has no &quot;litmus test for appointments,&quot; despite a statement he issued this week indicating he would only nominate a state health director who shares his &quot;Christian values.&quot; (David Carson/St. Louis Post-Dispatch via AP, File)

Cole County Prosecutor Locke Thompson announced Friday he would not pursue criminal charges against a reporter who Gov. Mike Parson alleged acted illegally in finding and reporting a data breach in a state agency’s computer system.

In October 2021, Parson called for the Post-Dispatch to be prosecuted for uncovering security flaws on the Department of Elementary and Secondary Education website, claiming the newspaper’s actions could cost Missouri taxpayers millions of dollars.

Democrats said the cost Parson was talking about was for the state to pay to provide credit monitoring to protect against misuse of personal data and a call center to answer questions from educators whose private data may have been exposed.

The state purchased 24 months of credit monitoring for potential victims of the data security problem at the Public School and Education Employees Retirement System. The system notified its more than 128,000 active members and 100,000 beneficiaries of the Sept. 11 breach.

The Post-Dispatch reported a website set up for the public to search the credentials of individual educators exposed Social Security numbers. The numbers were visibly embedded in the code that tells the computer how to display a page, which can be viewed by pressing the F12 key on Apple and Microsoft operating systems.

The reporter viewed three Social Security numbers, the newspaper reported. The Post-Dispatch informed the department and refrained from publishing a story about the issue until the data was no longer available.

Parson told other media after the Post-Dispatch report came out that the reporter who found the issue “was a hacker and that viewing the data was a crime.” He referred the case to Cole County Prosecuting Attorney Locke Thompson and the Missouri Highway Patrol to investigate.

“Protecting the personal information of state employees, many of whom are my constituents, is a top priority for both myself and the governor, and I want to thank him for forwarding the concerns of a data breach of the DESE website on to the Missouri State Highway for review,” Thompson said in a news release he sent out Friday evening. “Any report of a potential data breach should be fully investigated, and I would like to thank the Highway Patrol for conducting a thorough and complete investigation into these claims.

“There is an argument to be made that there was a violation of law. However, upon a review of the case file, the issues at the heart of the investigation have been resolved through non-legal means,” Thompson went on to say. “As such, it is not in the best interest of Cole County citizens to utilize the significant resources and taxpayer dollars that would be necessary to pursue misdemeanor criminal charges in this case. The investigation is now closed, and the Cole County Prosecutor’s Office will have no further comment on the matter.”