Rackers gives back to community through Big Brothers Big Sisters 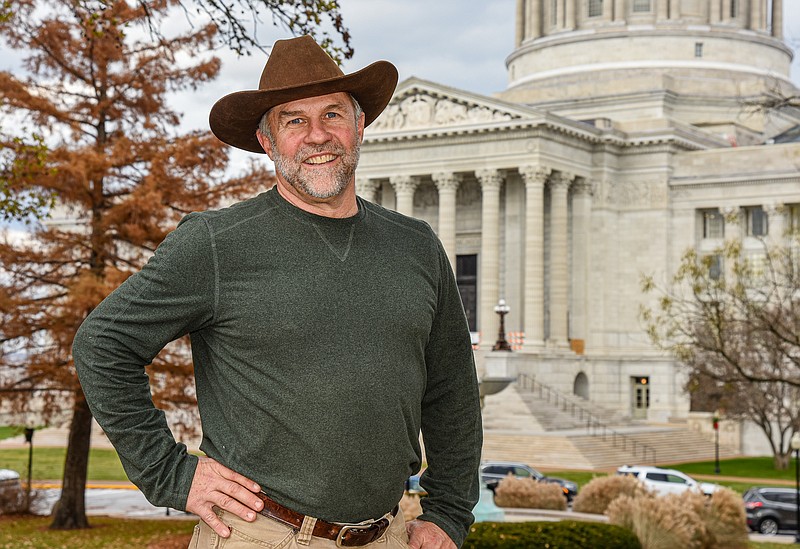 Julie Smith/News Tribune photo: Vic Rackers poses in downtown Jefferson City near the state Capitol. Rackers retired from the Missouri Department of Conservation in 2019 and now is active with Big Brothers Big Sisters of Jefferson City.

After retiring in 2019, Vic Rackers knew he wanted to be a more active and engaged citizen to help "preserve our way of life."

And while Rackers has served on numerous boards and helped countless organizations, one of the most rewarding ways he now gives back to the community is by serving as a "Big" for Big Brothers Big Sisters of Jefferson City.

Even prior to retirement, it wasn't unusual to see Rackers serving in community roles or volunteering. Rackers is or has been involved in BBBS, Knights of Columbus, Cole County Bicentennial Committee, Jefferson City News Tribune's Reader Advisory Board, Cole County Republican Committee and more.

"When my grandkids ask, 'What were you doing when society was changing?' I can say I was working to preserve our great country," he said.

One way he's making a difference is serving as a role model for youths in the community through BBBS, which pairs adult volunteers ("Bigs") with local children facing adversity ("Littles").

"I think we raised pretty good kids, and I wanted to have a positive influence on boys through BBBS and provide opportunities they may not normally have," said the father of three.

Through BBBS, Rackers has been a Big to two boys.

He was paired with his current Little -- Trenton Matheson, a 15-year-old Jefferson City High School student -- four years ago. Rackers, who owns farms in Westphalia and Cole County, said he and Matheson enjoy outdoor activities like hunting and horseback riding. Last week, Rackers talked about the buck Matheson had killed during the most recent deer hunting season.

"He was very proud, and I was very proud about what he was able to accomplish," Rackers said, displaying photos on his phone of Matheson with the buck. "He's becoming a good and successful hunter."

As someone who has always had a passion for outdoor activities like hunting and fishing, Rackers knew he wanted to pursue a career that would allow him to create infrastructure like lakes and roads, while also being out in nature. After attending Jefferson City High School, Rackers graduated with a civil engineering degree from the University of Missouri-Rolla, now Missouri S&T. In college, he met his now-wife, Eileen, and they moved back to Jefferson City, where they raised three children -- Jill Bernskoetter, Jordan Zeman and Capt. Jared Rackers.

As someone who dove headfirst into volunteering after retirement, Rackers encouraged residents to find ways to get involved in their communities -- whether it be joining a committee or volunteering with a local nonprofit.

"Care about the community you live in, care about the future and try to make a difference," he said. "Do your part by giving back, and preserve the good things about our community and the gifts we're allowed to enjoy in our country."

Print Headline: Rackers gives back to community through BBBS