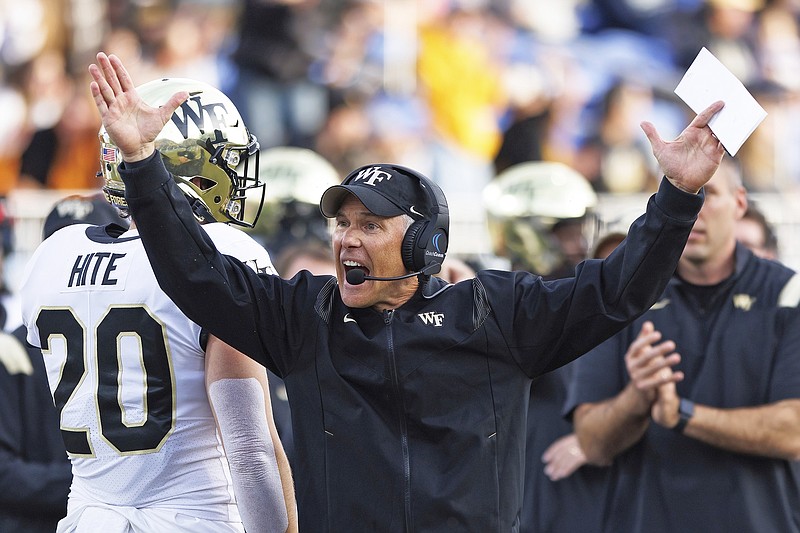 The Tigers will play the Wake Forest Demon Deacons in the Gasparilla Bowl on Friday, Dec. 23, at Raymond James Stadium in Tampa, Fla. Kickoff will be at 5:30 p.m. CST and the game will be broadcast on ESPN.

“We are looking forward to having one more game with our 2022 team,” Missouri coach Eli Drinkwitz said in a press release. “They worked their tails off to get here and deserve the reward of a bowl trip. We were on the practice fields today and I was really impressed by the energy out there. We will keep preparing, finish off recruiting, finals week and then saddle up and get ready to match up with Coach (Dave) Clawson and the Demon Deacons in Tampa.”

Missouri finished the regular season with a 6-6 record, becoming bowl-eligible with a 29-27 win Nov. 25 against Arkansas at Faurot Field.

The Tigers will be making their 36th bowl appearance and have a 15-19 record in bowl games. Missouri was scheduled to play Iowa in the 2020 Music City Bowl, but the game was canceled due to COVID-19 concerns within the Tiger program.

In the Tigers’ other bowl game under Drinkwitz, they lost 24-22 to Army last December in the Armed Forces Bowl. It’s Drinkwitz’s only loss in nine career bowl game appearances during his coaching career.

This will be the first meeting on the football field between Missouri and Wake Forest, leaving Florida State, North Carolina State, Rutgers, Washington and Virginia Tech as the only Power Five programs the Tigers have yet to play.

Wake Forest (7-5) finished with a 3-5 record in the Atlantic Coast Conference. The Demon Deacons were ranked as high as No. 10 in the AP Top 25 poll following a 6-1 start, but they dropped four of their final five games.

Vanderbilt is the only common opponent Missouri and Wake Forest shared this season. The Demon Deacons defeated the Commodores 45-25 on Sept. 10 and the Tigers won their Southeastern Conference matchup 17-14 on Oct. 22 against Vanderbilt.

“I’m excited for our football program to have the opportunity to compete one more time together in our seventh-straight bowl game as we attempt to win a bowl championship,” Clawson said in a press release.

This is the first-ever appearance for either Missouri or Wake Forest in the Gasparilla Bowl, which began in 2008. Central Florida defeated Florida 29-17 in last year’s bowl game.

The SEC is 1-1 all-time in the Gasparilla Bowl -- Mississippi State won in 2016 and Florida lost last season -- and North Carolina State won in 2014 in the ACC’s only other appearance in the bowl game.

“Hosting two outstanding teams and the first-ever SEC vs. ACC matchup in our bowl game history is special,” Gasparilla Bowl executive director Scott Glaser said in a press release. “These teams will undoubtedly create an electric atmosphere for students, alums, and local football fans. We look forward to welcoming each team and showing why Tampa Bay is the best place to enjoy Bowl Season action.”