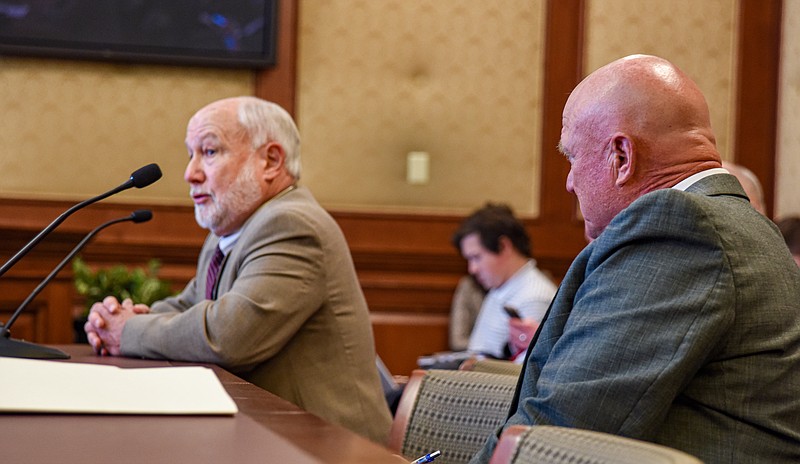 As efforts to address more than a dozen condemned properties in Jefferson City progress, elected officials are advocating for the state to change property law for lower costs.

Heritage value is additional worth added to the market price of a property when it's been in the same family for more 50 years. It could add 50 percent of the market value to the property's value.

"Even though I'm a strong supporter of the heritage value of properties taken by condemnation or eminent domain -- I do believe that when we take someone's homestead they deserve compensation based on that -- however, when a municipality is dealing with property that is detrimental to the neighborhood, I don't think it should qualify for extra compensation," Bernskoetter said Monday while presenting his bill for a public hearing.

Bernskoetter's bill, which he pre-filed in the Senate on Jan. 4, mirrors a House bill Griffith filed Jan. 13. Bernskoetter said city officials approached him about the topic because of the situation on Capitol Avenue.

Jefferson City officials testified in support of Griffith's bill in a House hearing last week. Mayor Carrie Tergin was expected to testify in support of Bernskoetter's bill Monday, but was late to the hearing.

Tergin said she sees the current application of heritage value as having moved beyond its intended purpose. She said it rewards property owners who allow conditions to deteriorate to a dangerous level.

"This is a state law that we have seen is a detriment to this process, and I don't believe that was ever the intent of lawmakers," she said.

There are 14 properties along Capitol Avenue belonging to Barbara Buescher the city has declared dangerous and unsafe to live in.

Eminent domain cases are heard in circuit courts and the initial fair market property value is determined one of two ways: either by a group of three court-appointed condemnation commissioners or, if either party objects, by a jury.

If the property has been within the same family for at least 50 years, the property owner can argue it has heritage value.

Cities and municipalities would be required to pay the fair market value and the added heritage value in order to acquire the property, Jefferson City attorney Ryan Moehlman said.

The legislation sponsored by Bernskoetter and Griffith would add a new step to the process that would allow cities, if a property owner asks for heritage value, to provide courts with evidence if the property has been abandoned, declared a nuisance and ordered to be vacated, been demolished or repaired after notice and hearing, or contributes to a blighted area. The circuit judge would then have the ability to reject the addition of heritage value, according to the bill.

The city doesn't own the dilapidated buildings along East Capitol Avenue, but the Jefferson City Council last week set aside $575,000 to fund possible demolition of 12 of the properties and repair of two of them.

If repairs cost at least half of the market value for the property, the city can demolish the building and put a lien on the property for the costs it incurred. For the 14 properties along Capitol Avenue, Buescher would be responsible for paying back the costs if the buildings are repaired or demolished.

Tergin said the change in law, which would take effect Aug. 28 if passed, could impact the city's ongoing legal proceedings around the Buescher properties.

Bernskoetter said his discussions with city officials have been based around property owners being paid "over and above" the market value to acquire dilapidated property based solely on who owned it.

"The heritage value is still in effect because of the law, but in this situation I don't know that it wouldn't be a bad idea to change the law if somebody's not going to maintain the property," he said.

Monday's hearing in the Senate had one person testifying in support and none in opposition.

Richard Sheets, executive director of the Missouri Municipal League, testified in support, calling it a major issue for communities around the state.

"A lot of our cities are facing unsafe structures, particularly in their downtowns," he said.

Sheets, a lobbyist representing 650 municipalities around the state, said heritage value makes it difficult for many cities to tear down or repair old, dilapidated buildings, and allowing a judge to reject the additional costs would be a first step in addressing unsafe structures.

By setting heritage value aside, he said courts can bring the value of abandoned properties into a more realistic threshold.

Bernskoetter said he's heard concerns about how the legislation could harm family farms so he's working on language to ensure it doesn't apply to rural areas.

Sheets said he would still support the bill on behalf of the Missouri Municipal League if that carve out for agricultural property is included.

"This has nothing to do with the heritage foundation of farms and agricultural abilities, it's really the downtown areas with these structures that are abandoned and presenting a real public safety problem," Sheets said.

With just over a month left of session, Bernskoetter said he's hopeful the legislation will move quickly or get added to another bill. 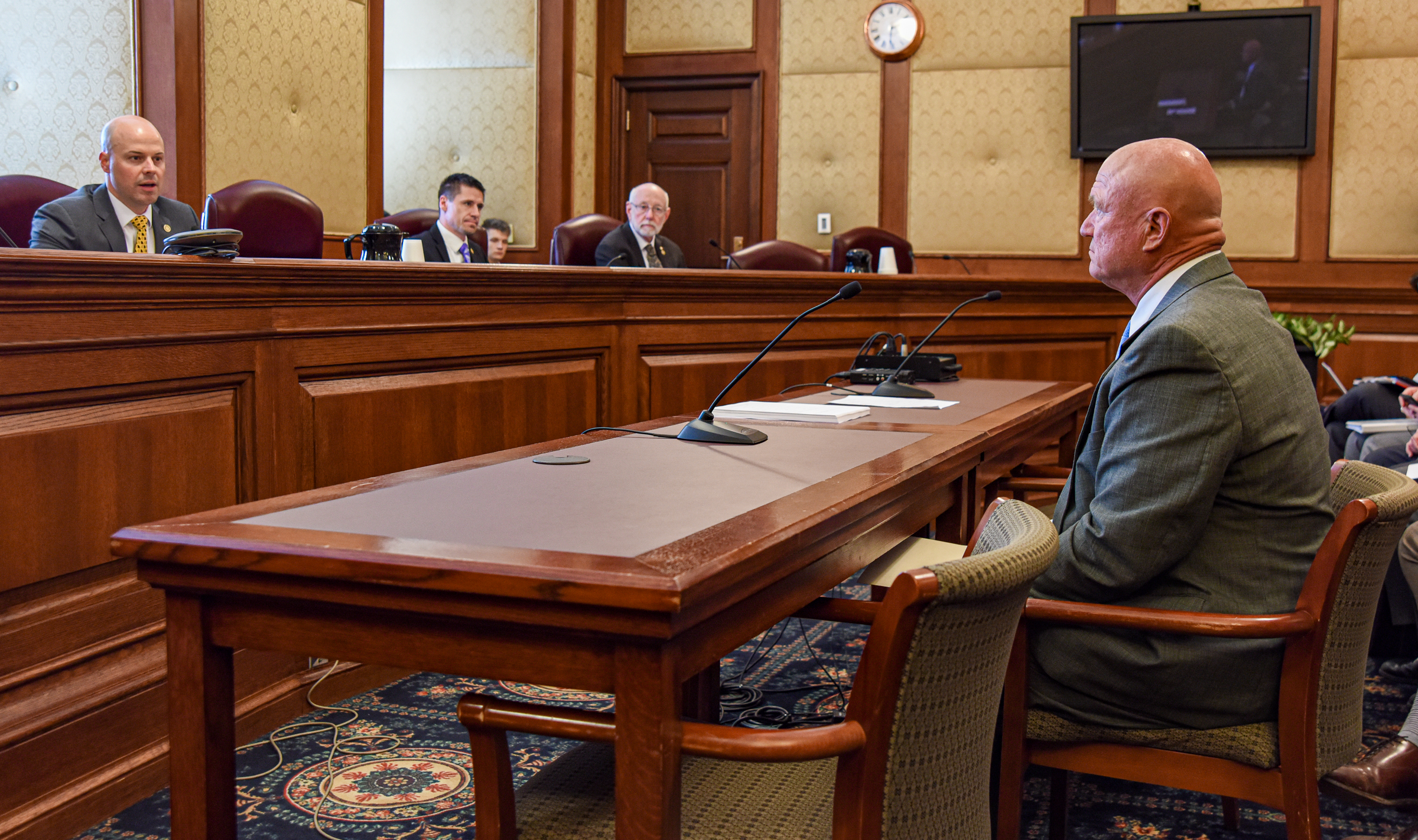 Julie Smith/News Tribune Sen. Mike Bernskoetter, R-Jefferson City, seated at left, addresses Sen. Tony Luetkemeyer as the first of the afternoon to present legislation to the Senate Judiciary and Civil and Criminal Jurisprudence Committee. Bernskoetter's proposal is related to the handling of condemned properties by municipalities.