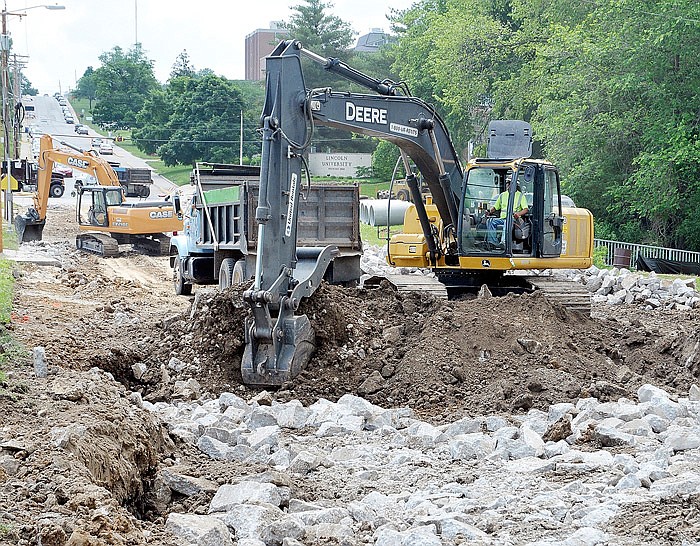 This June 3, 2014 file photo shows excavation work in the area around Jefferson City's Dunklin and Lafayette streets for a street reconstruction project that also included sewer improvements in the neighborhood.

The measure needed a simple majority to pass.

The bond issue authorizes the city to request low-interest money from sources such as the Missouri State Revolving Fund Loan Program to finance millions of dollars in sewer-related projects over the next 10 years. Projects include remedying sanitary sewer overflows, adding wet weather capacity and replacing aging pipes.

The Jefferson City Council approved a sewer rate increase in June 2021 to help raise more money to address needed wastewater projects, as well as allow the city to pay back bonds — if residents approved the measure Tuesday. The rate increased by 2 percent last summer and will increase an additional 5 percent annually until 2027.

City officials stressed approving the sewer bond will not lead to additional charges to a resident’s sewer rate beyond what the council approved last summer.

State law requires the city to receive voter approval to sell revenue bonds, which is why the council placed the sewer bond issue on the April ballot.

“We’re excited and appreciate the support the voters gave us,” campaign treasurer Ken Hussey said. “The voters made a smart financial move for the city and will allow the city to do some great projects.”