Port Authority looking at how to use MoDOT funds 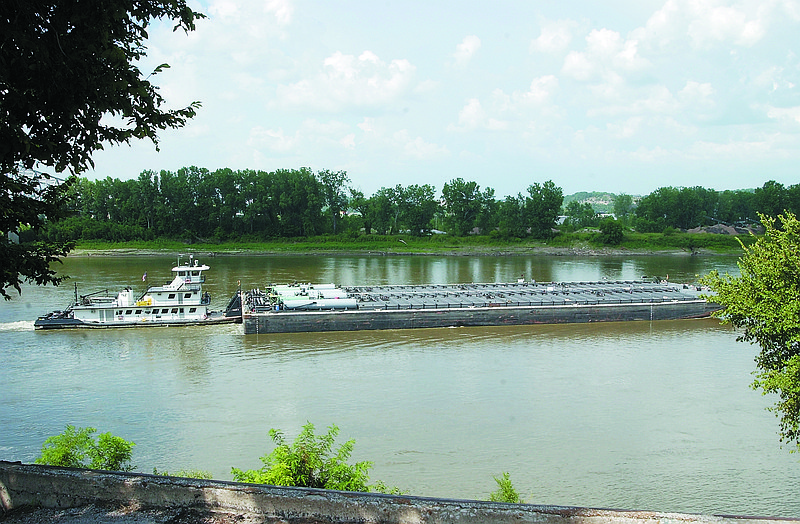 A barge makes its way down the Missouri River past Jefferson City.

The Heartland Port Authority is exploring how to best use nearly $1 million in state transportation funds to create a Missouri River port near Jefferson City.

The authority has received $961,994 from the Missouri Department of Transportation Capital Improvement Project Fund.

At a meeting Wednesday, Stacey Fowler, who is the waterways manager at MoDOT, told board members the money can be used for things such as land acquisition, construction and terminal facility development. However, it cannot be used for operations and regular maintenance, she said.

Fowler said the funds have to be used by the end of the fiscal year, which for the state is June 30.

"I want to encourage you to keep moving forward because I can tell you, you're progressing farther than you may believe," Fowler said. "There's a lot of hoops you have to go through, but I really believe you can be in operation in five years."

Heartland Port Authority Chairman Roger Fischer said he appreciated Fowler's encouragement, but he hoped they could move quicker, believing they needed to take advantage of the current political climate which seems to favor port development along rivers.

Meanwhile, the board is looking to see how it can get the money to fully fund the amount they believe they'll need to pay for preliminary planning and permitting for a port site. That total amount is just more than $1.2 million. With the nearly $962,000 from MoDOT, along with a $120,000 grant from the United States Department of Agriculture, the board is looking at potential grants that could cover the remaining $120,500.

In other business Wednesday, the authority's consultant, Barr Engineering, presented recommended next steps for the three sites being looked at for a port.

The three sites are:

North Site One, which is approximately 22 acres north of the Missouri River and is currently owned by OCCI Inc., is accessible from Missouri 94.

The South Site, which is about 118 acres south of the Missouri River, is accessible from No More Victims Road. In 2020, the Legislature and Gov. Mike Parson approved a measure to allow transferring this state-owned land, just east of the Ike Skelton Training Facility, to the port authority for the potential development of a Missouri River port.

North Site Two, which is approximately 3 acres north of the Missouri River and is currently owned by a private individual, is directly east of Capital Sand Company.

For all the sites, Barr recommended the board conduct environmental assessment to determine if there were any active hazardous cleanup sites and other similar matters to be addressed before land transactions took place. Barr also suggested a review of titles for official boundaries and potential easements, and to determine whether the proposed projects at each site would require modification to mitigate flooding impacts.

In August, the site designated North Site One was determined by Barr to be the best location of the three potential sites because it has existing infrastructure and fewer permitting hurdles. The critical issue with the site is that its located in a floodway, which could impact filling and permanent structures.

The South Site is mostly located in a flood fringe area, but may be subject to wetlands and cultural resources impacting permit requirements and site use.

North Side Two is located in a floodway and is smaller than the other two sites, but the existing infrastructure on neighboring property may be useful, according to port officials.

Print Headline: Port Authority looking at how to use MoDOT funds