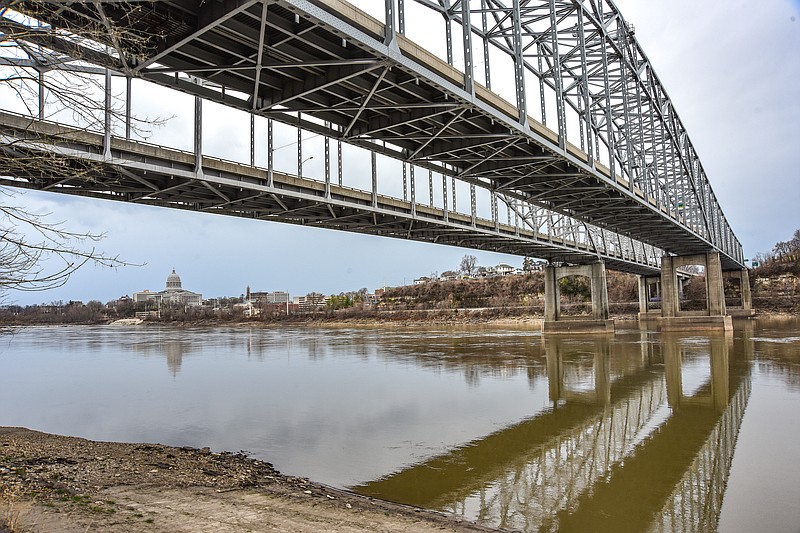 A rehabilitation project will begin next week on the U.S. 54/63 bridges over the Missouri River in Jefferson City.. This project includes regular maintenance procedures to extend the lives of both bridges, according to a Missouri Department of Transportation news release. Beginning Monday, a contractor working for MoDOT will begin repairing the substructures of both bridges as the first phase of the project. This work will take place off the roadway and will not impact traffic.The westbound bridge rehabilitation will consist of repairing all the bridge piers, while the eastbound bridge rehabilitation will consist of repairing the deck, expansion joints and piers, and applying an overlay to the driving surface. Both directions of U.S. 54/63 will be open to traffic throughout construction, but there will be nightly lane and ramp closures.

The $4.1 million rehabilitation project of the Route 54/63 bridge is nearing completion and could be done ahead of schedule.

Since March, Missouri Department of Transportation contractors have been working to rehabilitate both of the Route 54/63 bridges over the Missouri River in an effort to extend their timelines.

The bridges, which lead in and out of Jefferson City and carry approximately 26,000 vehicles each day, have several needs, including repairs to expansion joints and piers.

The project, which was awarded to KCI Construction for $4.12 million, also includes bridge deck repairs and adding an overlay to the roadway of the eastbound bridge.

Work on the project has been done overnight and has required nightly lane closures in both directions, as well as the closure of the Main Street and McCarty Street ramps to eastbound 54, from 8 p.m-5 a.m. as the bridge deck repairs and overlay work is completed.

"At this time, all work at that level has been complete," said Chris Brownell, MoDOT's resident engineer in Jefferson City. "We do not anticipate any further disruptions to traffic unless something arises that would be a change."

Work is ongoing underneath the bridge as crews continue to make repairs to the bridge girders and substructure.

Brownell said substructure and girder work is the last phase of the total rehabilitation project, which is scheduled for completion Dec. 1.

Brownell said the project could be done by mid-November if everything stays on schedule and crews aren't rained out and delayed.