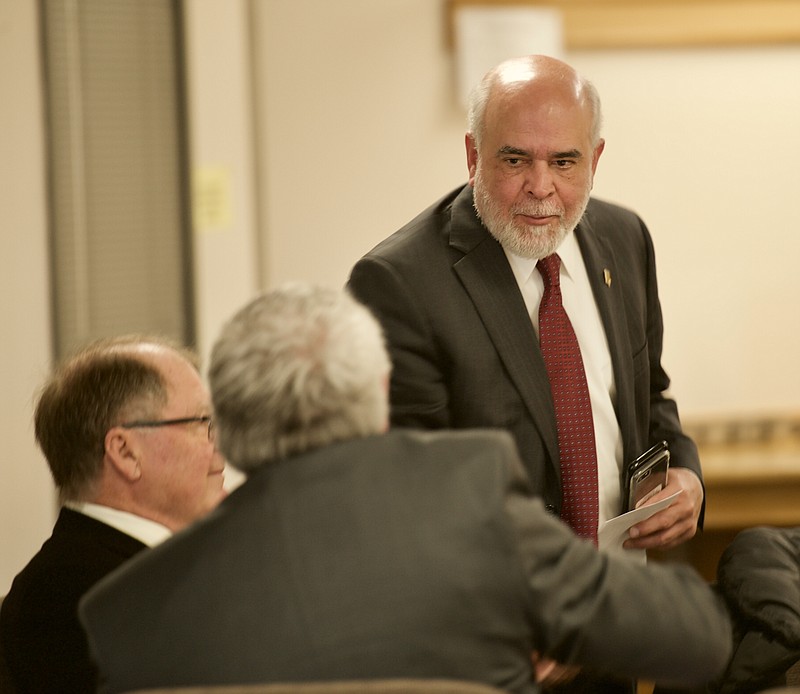 The Missouri Department of Mental Health is looking to address workforce shortages next legislative session - a common theme among many state agencies.

In a hearing Wednesday, DMH leadership discussed its current operations and challenges with the House Subcommittee on Mental Health Policy Research.

"Our crisis in the facilities is our staffing," Bock said. "There's a lot of folks out there in the economy now who need to put food on the table and pay the rent and daycare, and they have got to go where the money is - and the byproduct of not being abused cannot be underscored enough."

Bock said the department currently has more people leaving than being hired, and there's a shortage of healthcare workers and nurses nationwide because of the COVID-19 pandemic.

"How do you run a hospital like that?" Stringer asked.

A majority of the nurses on staff are PRN nurses, who function like freelance nurses who work for hospitals whenever they are needed. They often come at a higher cost than hiring a full-time RN or LPN.

The primary issue, department leadership said, is its low wages.

In addition to making less than counterparts elsewhere, Bock said DMH frontline staff are sometimes exposed to physical and verbal abuse by patients they're working with and don't have regular work schedules with consistent off times.

"What happens is, yeah, you could work an eight- to 12-hour shift and then the nursing supervisor comes up and says, 'Sorry, but we're going to need you to stay because whoever was supposed to come and replace you is not coming,'" Stringer said. "Again, if your kid's got a ball game that night or something like that, it's a crusher. And it makes people tired and our environments become less safe."

Many lawmakers on the committee expressed support for trying to help DMH overcome its staffing deficiencies and offered ideas for legislative actions that could be taken, such as assessing residency requirements for state universities and extra funding for nurse training programs.

Some representatives from the House Health and Mental Health Policy committee were also at the hearing and expressed support.

"We can go to bat for you," said state Rep. Dale Wright, R-Farmington. "We've spent more money this last year because of COVID and other things. We can take advantage of some of that and help. This touches - I don't know of a family in this state that hasn't been touched by behavioral health, so right now the time is now to do something."

DMH isn't alone in its focus on workforce shortage.