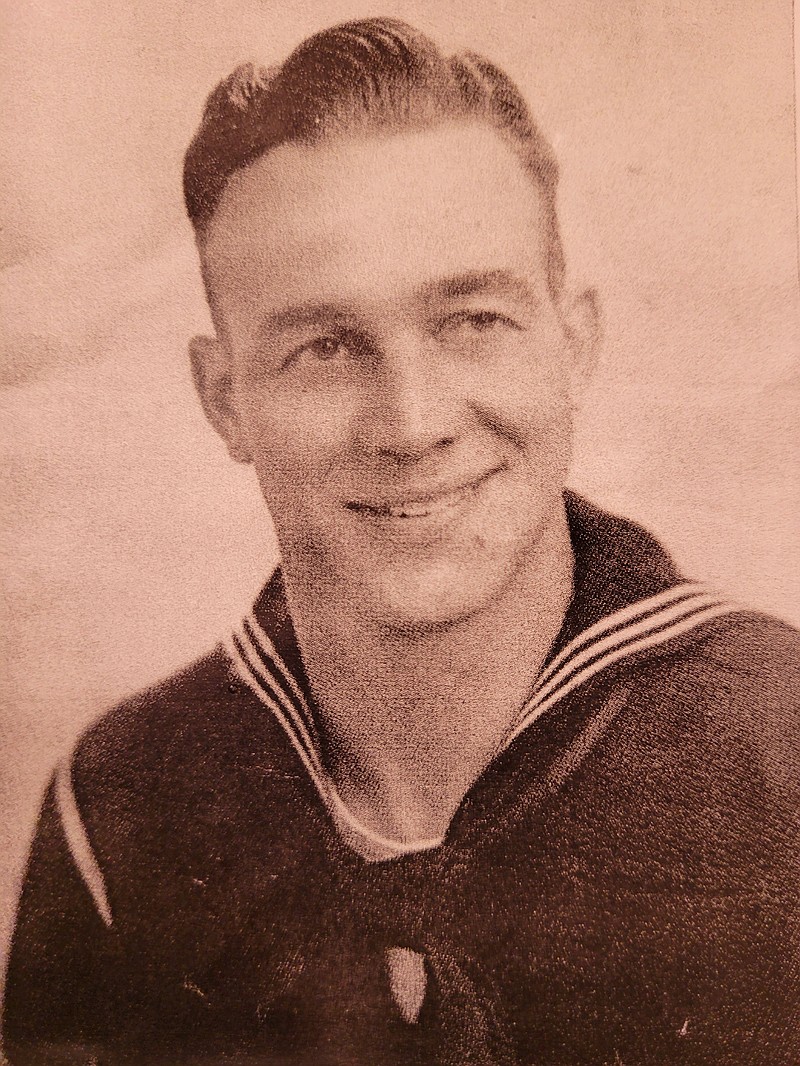 <p>Courtesy/Dean Parker</p><p>As a teenager during the Great Depression, Glen Parker traveled throughout many western states searching for work. During World War II, he enlisted in the Navy and was severely injured during the attack on Pearl Harbor. He later settled in the Russellville area and lived to be 90 years old.</p>

If one scrambled to find words defining the early years of Glen Parker's life, strife and hardship might quickly come to mind.

As a teenager growing up during the Great Depression, he wandered the western United States seeking work while struggling not to become homeless or hungry. Years later, he survived the attack on Pearl Harbor, carrying with him the injuries of that day for the rest of his life.

"My father was born in Iowa in 1916 and quit high school his sophomore year to go to work because of the Great Depression," said Dean Parker, one of the veteran's sons. "He worked at a Civilian Conservation Corps camp for a while and traveled throughout several western states, finding whatever work was available."

He added, "During this period of wandering, he even attended barber college."

In January 1940, seeking the promise of hot meals and a bed to lay his head on in the evenings, Parker enlisted in the U.S. Navy. He was sent to the Great Lakes Naval Training Station in Illinois, spending a significant amount of time as "kitchen police" - otherwise known as "KP."

"My father was kind of independent- minded and got into trouble early in his training, so they sent him to work in the kitchen as KP," Dean said. "He was there peeling potatoes and drinking hot coffee while the other sailors were out there marching with rifles in the cold."

"I think he tried to stay on KP the rest of boot camp," he added, smiling.

The young sailor's first duty was aboard the battleship USS West Virginia. Despite whatever assignment Parker may have believed he was destined to fulfill, when leadership discovered he had attended barber college prior to his enlistment, he was appointed to cut the hair for the sailors on the ship.

"Although he became a barber, his general quarters (emergency) assignment was with a 5-inch gun crew," Dean said. "He was with the West Virginia for some training and cruises, but its home port was Pearl Harbor, and that's where it was located on the day of the Japanese attack."

On the morning of the attack, Dec. 7, 1941, Parker had been granted "liberty" and was preparing to leave the ship to enjoy some free time in Hawaii. However, as he prepared to depart, a sailor exclaimed Japanese aircraft were approaching.

Moored in "Battleship Row" one berth over from USS Arizona, the West Virginia suffered several torpedo and bomb hits, eventually sinking in the shallow water. Parker, who was below decks during the attack, was knocked unconscious but was dragged from the ship by a fellow sailor.

"Apparently he had been presumed dead and sent to a morgue ship," Dean recalled. "Another sailor saw his hand move, and he was then sent to the USS Solace - a hospital ship."

When he finally awoke, he observed the injured around him wrapped in white gauze because of severe burns, believing he had died and gone to heaven.

Medical staff determined the concussion from a blast had injured his spine and fitted him with a back brace. With the tempo of war at full speed, he soon returned to duty and was assigned to the USS Selfridge, a vessel that provided escorts during battles in the South Pacific.

Although Parker had been advised by military doctors that he would likely end up in a wheelchair, he continued to prove them wrong by his service in World War II. When the Selfridge returned to Pearl Harbor for repairs of damage incurred from ramming and destroying a Japanese submarine, the sailor was transferred to a surveillance squadron operating in Dutch Harbor, Alaska.

"He flew aboard the surveillance planes that conducted observation of Japanese submarine activity in the area," Dean said. "During this period, he was also trained as a mechanic and began working on aircraft when he wasn't flying."

Before the war ended, he returned to the South Pacific, flying as a rear gunner aboard aircraft assigned to a torpedo squadron and participated in missions in locations including Fiji and Guadalcanal. In his downtime, he again performed maintenance on aircraft engines.

Eventually, he was sent to the Naval Air Station Ottumwa (Iowa), finishing out the remainder of his military duty there. On Sept. 22, 1945, he received a medical discharge because of the injuries he sustained at Pearl Harbor. Several months later, Parker married Dorothy, who had been one of his neighbors in Iowa years earlier.

Throughout the next several years, he was employed as an aircraft mechanic for government contractors but eventually went on to retire as a red meat inspector for the U.S. Department of Agriculture in Mid-Missouri. He and his first wife divorced, but he later married Ila, and together the couple raised seven children.

Parker also operated a farm near Russellville and was an active member of the local Methodist church. The World War II veteran defied the medical odds predicted for him decades earlier, never having to use a wheelchair to maintain his mobility. He was 90 years old when he died in 2004 and was laid to rest in Enloe Cemetery near Russellville.

"My father lived an interesting life, and I find it difficult to fathom how he - and many of his generation - survived the Great Depression and then went on to serve three or four years overseas in World War II," Dean said.

"They came home and lived normal lives with many people never having any idea what they had gone through. After enduring all those hardships, he never was the type to listen to people sit around making excuses for their circumstances," he said.