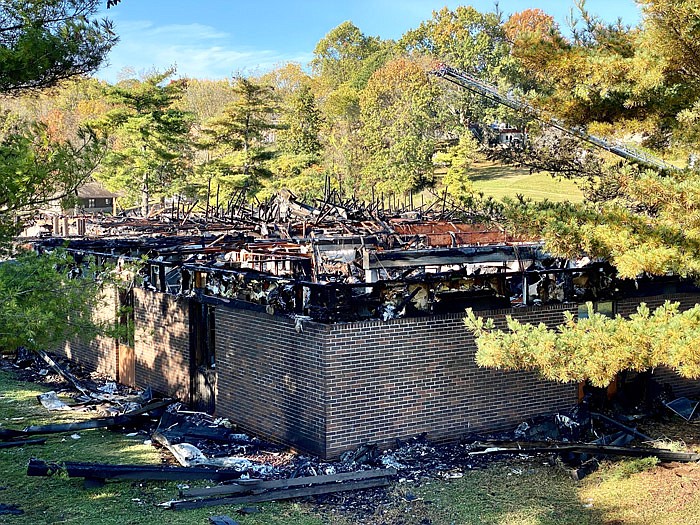 The Jefferson City Fire Department responded to the fire at 1621 E. Elm St. at 8:51 p.m. Monday. With flames streaming from the roof, the fire was well-involved upon arrival, crews said. There were no reported injuries or fatalities, and no one was in the building when firefighters arrived.

After battling the fire through the night, all units were cleared from the scene just before noon Tuesday; the building is considered a total loss.

The building housed 80-100 state employees from the Missouri Department of Social Services and the Office of Administration's Information Technology Services Division, who were working to support DSS.

"First and foremost, we are happy to report that no state team member, first responder, or citizen was hurt as a result of this fire," Gov. Mike Parson said in a news release. "It is important for Missourians to know that state operations and services will continue uninterrupted thanks to our dedicated team members across state government who are stepping up to assist their teammates at DSS and ITSD."

With under 100 employees, the building was one of the state's smaller facilities, said Chris Moreland, communications director for the Office of Administration. He said OA is working with impacted state employees to relocate to alternative areas, work remotely if possible or take administrative leave if they don't have the necessary equipment to work remotely.

"It just kind of varies by case," he said.

Moreland said OA also sent an email to the state workforce Tuesday morning, informing them of the incident.

"We are incredibly relieved that no one was injured during last night's fire," DSS Acting Director Robert Knodell said in the news release. "Material items and equipment can be replaced, but our team is invaluable. We will continue to work closely with those who were impacted to make sure they have the resources and support they need to not only continue serving Missouri citizens, but also to take care of their personal health and well-being at this time."

State Fire Marshal Tim Bean, in cooperation with the Jefferson City Fire Department, was on the scene investigating the cause of the fire and inspecting damage Tuesday.

OA is working with ITSD and DSS to replace destroyed equipment, which Moreland said was general office equipment like computers and printers.

Moreland said state information is stored on secured network servers in a different location and not on individual computers or workstations. But as equipment is recovered from the fire, OA will assess any potential information loss, he said.

The state also hired a contractor to be on site Tuesday afternoon to begin recovery and disposal processes.

P&G Development also owns the building next to the DSS facility that caught fire Monday. It houses office space for the Department of Natural Resources.

The company replaced the roofs of both buildings about a month ago.

Groner, who was at the scene Monday night and Tuesday morning, said he hadn't ever seen anything like it.

"It was the first one we built, so it's kind of hard to lose that one," Groner said.

He said the company had insurance on the building, and he had already made a call for them to send an adjuster to assess the building damage.

"I have no notion that they won't take care of us," he said.

Groner said the state is self-insured for the contents inside the building, meaning it is responsible for the loss.

Moreland said the state will replace any necessary equipment that was lost and is exploring options to determine available coverage through the owner's policy.

"The well-being of our state team members who have been impacted during this incident remains our number one concern," OA acting Commissioner Ken Zellers said. "Overall state operations have not been hindered, but please keep our team members in your thoughts as we work through this challenge together." 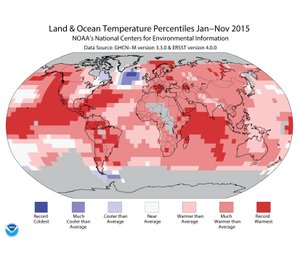