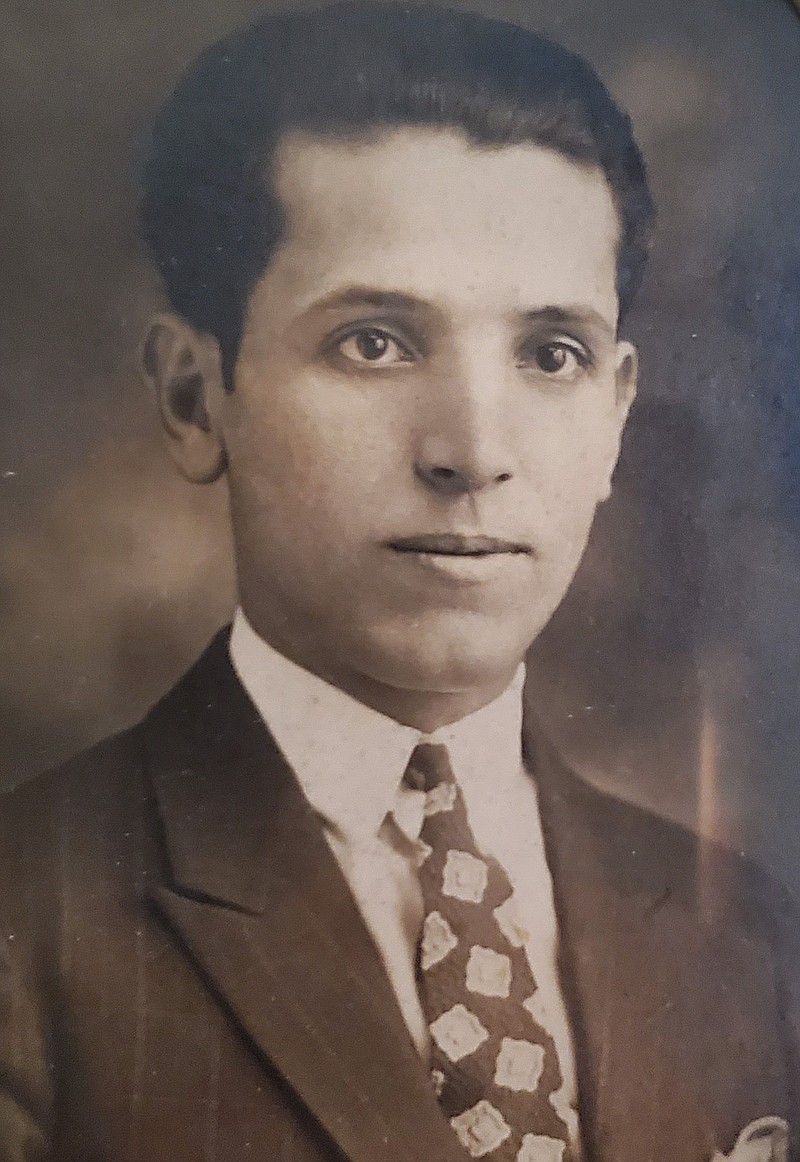 <p>Courtesy of Vic Cadice</p><p>Born in Sicily in 1898, Jasper Cadice’s immigration to Missouri was delayed with the outbreak of World War I and his service in the Italian (Allied) army. He later met the sister of an Italian grocer in St. Louis, and married and raised three sons.</p>

Vic Cadice, of Jefferson City, recalls admonishments from his father that included staying out of trouble as not to defame yourself, your country, your family name, and remaining focused on earning a good education.

These teachings were the result of his father's experiences in his native Italy and were highlighted by two brothers serving on separate continents for the same cause during World War I, along with a fascinating immigration story.

Gaspere "Jasper" Cadice was born Dec. 17, 1898, in the historic city of Marsala in western Sicily in Italy. When he was only 10 years old, Jasper's father traveled to the United States to find employment and earn enough money to bring over his wife and four children.

Born in Sicily in 1898, Jasper Cadice's immigration to Missouri was delayed with the outbreak of World War I and his service in the Italian (Allied) army. He later met the sister of an Italian grocer in St. Louis, and married and raised three sons.

"My grandfather settled in north St. Louis (in 1908) because there were others from his area in Sicily that had already come there and had established a small Italian community," Vic Cadice said.

His father's older brother, Vito, was drawn into military service 1911-12 in Italy and served during the Italo-Turkish War. However, shortly after his discharge, he followed his father to the United States to find work and to help raise the funds to bring over the rest of the family.

"It's a fascinating story because they finally earned the money to bring the rest of the family to America for a better life," Vic Cadice said. "My grandmother, father and his two older sisters went down to the docks in Palermo in 1914 to board the ship but, during an examination, they found my grandmother had pink-eye and wouldn't let her go."

As the ship prepared to leave port, the agreement was made that another family immigrating to the U.S. would escort Jasper Cadice's sisters to St. Louis while he remained in Sicily with his mother. Once recovered, she and her son would make the trip overseas together.

"My grandmother recovered but World War I erupted and my father was inducted into the Italian Allied Army," Vic Cadice said. "My grandmother could have gone ahead and made the journey to St. Louis, but she told my father that since he waited for her, she would now wait for him to complete his military service."

Jasper's older brother, Vito, was already living in St. Louis during World War I. He was inducted into the U.S. Army and served in France during the war. In a voice recording made in the years prior to his passing, Jasper Cadice explained he would first have to spend 54 months in the Italian military and endure untold hardships before finally having the opportunity to reunite with his family.

"I was in the First Regiment Engineers with headquarters in Rome five blocks from the Vatican City," Jasper Cadice said in the recording. "Five days later, they transferred us to Palestrina - a mountain town where we learned to make mines, bridges and explosives."

From there, Jasper continued, they were transferred to Sulzano in northern Italy, where they were constantly harassed by artillery and bombs.

"Everybody was scared especially of gas," he recalled. "You had no choice but to make the best of it and that's what I did."

Several months later, Jasper developed a horrible toothache and his face swelled up so badly that seeing a dentist became his only option. He walked a day and a half to meet up with a truck that carried him to a city, where he then waited in a line of soldiers to be treated by an army dentist.

After a long wait, the young Italian soldier was shoved into a metal chair while the doctor struggled to extract the tooth without any painkillers. The tooth broke in two during the process and the dentist had to make a second attempt, finally removing the remainder of the shattered tooth.

"He shoved me out with no water to wash my mouth and no cotton," Jasper Cadice said. "I could hardly see and walked out into the street and laid down on a bench."

While involved with his own military responsibilities in Italy, his older brother, Vito, was inducted into the U.S. Army while living in St. Louis. He would go on to serve in France during the war but never crossed paths with his younger brother.

Shortly after returning to his company in northern Italy, Jasper Cadice participated in other major campaigns of the war. He noted he and his fellow soldiers were often so starved that would dig up wild roots for nutrition.

Following the armistice of Nov. 11, 1918, he remained on duty for several months while his company helped rebuild structures damaged in the war. In 1919, he was able to reunite with his mother, but it was not until 1921 that they were able sail for the United States.

"I think it's fascinating that my grandparents were living on two different continents during World War I and had one son in the Italian (Allied) army while another was serving in the United States Army," Vic Cadice said. "And it was 12 years before the entire family was reunited."

His father settled in St. Louis and initially worked many odd jobs. Eventually enjoyed a career as a partner in a corner grocery store business, and later in real estate, before retiring when he turned 70 years old. Soon, he met and married the sister of an Italian grocer, Corrine, while living in St. Louis, and the couple raised three sons together (two of whom are veterans).

"Education was very important to my father and two of us became teachers while my other brother became a doctor," Vic Cadice said.

Jasper Cadice attained the impressive age of 90 when he died Oct. 8, 1989, in Florissant. The blessings he encountered after moving to the United States resulted in an enduring appreciation and love for his adopted country.

"Thank the almighty God who gave me the possibility and the open mind to raise a nice family," he said. "I thank God and the beautiful country of America that gives you a chance if you work hard and apply yourself.

Jeremy P. mick writes on behalf of the Silver Star Families of America