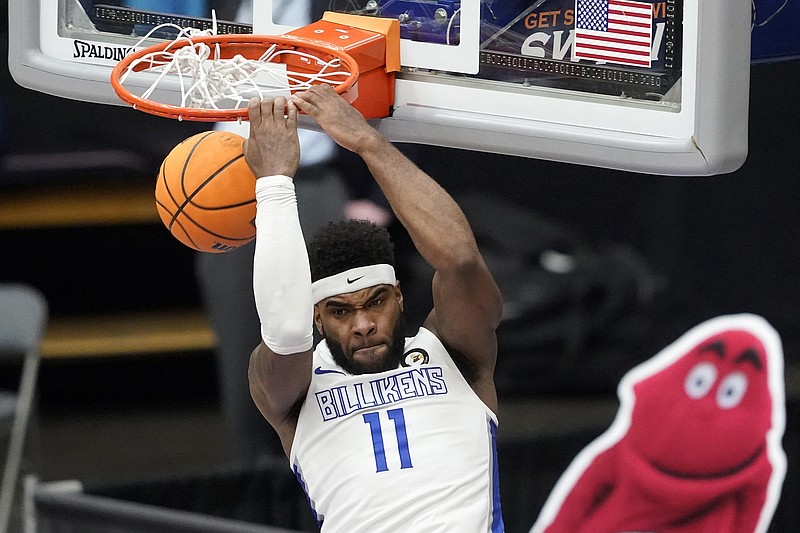 Saint Louis forward Hasahn French has a reverse dunk on a breakaway play during the second half of Saturdays game against Mississippi State in the first round of the NIT in Frisco, Texas.

The Bulldogs (16-14) advance to the quarterfinals Thursday against Richmond (14-8).

Derek Fountain added 10 points for the Bulldogs, who were 14-of-17 from the foul line in the second half, with Stewart going 3-of-4 in the final 39 seconds to clinch the win.

Javonte Perkins scored 21 points for the Billikens (14-7), who were playing in their 19th NIT but first since 2004. Hasahn French added 17 points and 10 rebounds, Jordan Goodwin scored 14 and Terrence Hargrove Jr. 10.

Molinar hit four free throws in less than a minute and Fountain shook free for a dunk to put the Bulldogs on top 66-59 with 4:49 to play but a rash of turnovers allowed Saint Louis to cut the deficit 71-68 with under a minute to play. But after the last turnover, Cameron Matthews made a acrobatic steal to get the ball back, allowing Stewart to wrap it up.