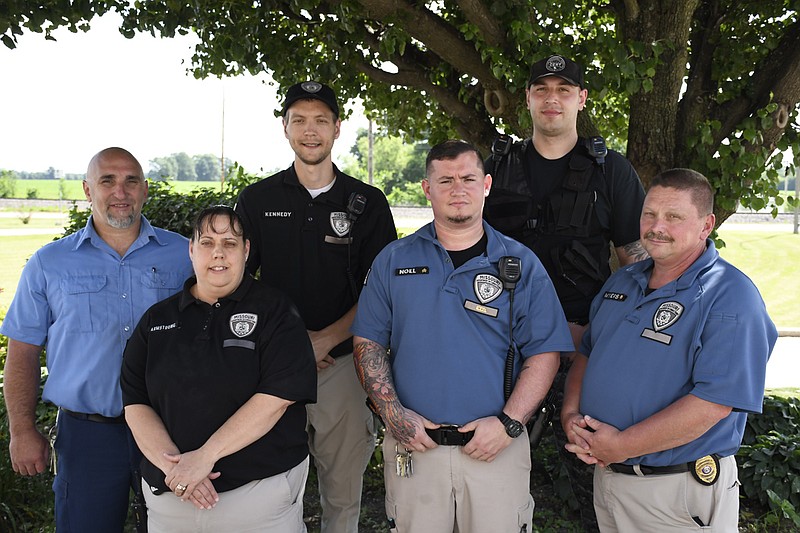 Some Corrections Department employees in Missouri are working unsustainable levels of overtime due to staffing shortages, advocates for corrections officers said.

"It's become untenable in some institutions," said Tim Cutt, director of the Missouri Corrections Officers Association. "The overtime these people are working is just ungodly - it's an ungodly amount of overtime."

With staffing shortages, more employees are working overtime at facilities around the state.

DOC Communications Director Karen Pojmann said these employees working overtime include correction officers voluntarily choosing to work the extra hours for additional pay and staff in other positions who have been trained as correction officers.

In some facilities with severe staff shortages, Pojmann said, a mandatory overtime system is in place.

Cutt said some non-custody staff, like case managers and unit managers, are also being required to work voluntary or mandated overtime in correction officer positions to fill the vacant slots caused by the shortages.

Within some facilities, Cutt said, lieutenants and captains have also been directed to work overtime but are taking themselves off the list, creating morale issues for staff.

"We're trying to avoid (mandatory overtime) because it's not great," Pojmann said. "It can contribute to exhaustion, which adversely affects the safety of the facility, so we're trying to reduce that to some degree."

Prison staffing shortages are neither a new nor local issue, she said. The Associated Press reported late last month that nearly one-third of federal correction officer positions around the country were vacant, requiring cooks, nurses, teachers and other prison staff to guard offenders.

She said specific staffing numbers are not released for security reasons.

Pojmann said a 30 percent decrease in the offender population since 2017 has been helpful to the department's staffing problems as it makes consolidating housing units easier and staff aren't spread out in as many locations. As fewer cases of COVID-19 cases are reported, Pojmann said, the department likely will close more housing units.

Cutt said the department has also moved to 12-hour shifts in some locations, like Potosi and Bonne Terre, but that hasn't been effective.

"People aren't working these 12-hour shifts," Cutt said. "They can't do it for one reason or another - their family life or they have kids or whatever is going on - they just can't work these hours, and they just end up quitting."

To combat the issue, the DOC has started implementing changes focused on staff pay increases and a more welcoming workplace culture.

The department announced its latest staffing initiative - a $1,000 employee referral incentive program for current staff - on Wednesday. Corrections staff can receive a one-time payment of $250 if their referral applicant for correction officer or cook is hired and completes basic training. An additional $750 is provided after the referral has been working for the department for six months. Employees can complete multiple referrals.

In the last four years, Missouri has committed $84 million to pay increases for DOC staff.

This puts the new starting salary of a Missouri correction officer at $36,000. Experienced correction officers earn an additional 1 percent for every two years of service, up to 20 years. That's an increase of 24 percent in just four years, Pojmann said.

Pojmann said recruitment and retention of staff are important pieces of the department's overall strategic plan, particularly for a safer work environment and improving the workforce.

The department has seen more applications than in the past, she said, but factors like the COVID-19 pandemic and related federal unemployment benefits have disincentivized some people from applying.

The department is also working around hurdles created by the locations of facilities, which are often in rural areas with a smaller workforce.

Cutt said the department needs a stronger recruiting effort that places a heavier focus on cutting through the negative perception of working in prisons.

"It's a bad situation for my guys and gals in there, and my heart goes out to them," Cutt said. "I'm trying to do what I can to help recruiting, but it's heartbreaking to watch them work themselves into the ground."

In addition to a revamped training program more focused on the needs of staff, Pojmann said, the department has been working to change the workplace culture.

"For about the past four years, we've been working on changing the culture of corrections so that it's an environment where people are supported and included and people have good relationships with their supervisors as well," Pojmann said.

About three years ago, the DOC implemented the Corrections Way, a leadership training program designed to develop communication and relationship-building skills. Two thousand supervisors in the department completed the training, which is now being offered to frontline staff, Pojmann said.

In 2016, the department was facing multiple allegations of harassment, discrimination and retaliation. Pojmann said that led to the development of the Office of Professional Standards, whose job it is to conduct training and address complaints in those areas.

The office is divided into three units: the civil rights unit, the employee conduct unit and the Prison Rape Elimination Act unit. The civil rights unit conducts investigations into allegations of discrimination, harassment, retaliation or unprofessional conduct and provides statewide training to all employees on how to prevent and report those cases. The employee conduct unit investigates employee violations of department policy and procedure and the PREA unit is responsible for departmental compliance with the 2003 federal law.

Pojmann said the department has a zero tolerance policy for discrimination, harrassment, retaliation and unprofessional behavior, as well as the failure to report such behavior.

According to the 2019 PREA Annual Report, the number of allegations of sexual harassment by staff has steadily decreased since 2015. Staff sexual misconduct allegations are also decreasing, according to the report, but not as steadily. The report also notes the DOC had an increase of over 10 percent in substantiated staff sexual misconduct investigations In 2019. As a result, a PREA investigator now presents at PREA Basic Training classes for all new staff.

"(The Corrections Way and Office of Professional Standards) have been really helpful," Pojmann said. "We've been very successful at sort of mediating conflicts and de-escalating problems, and improving the work environment. That's been a big factor in recruitment and retention."