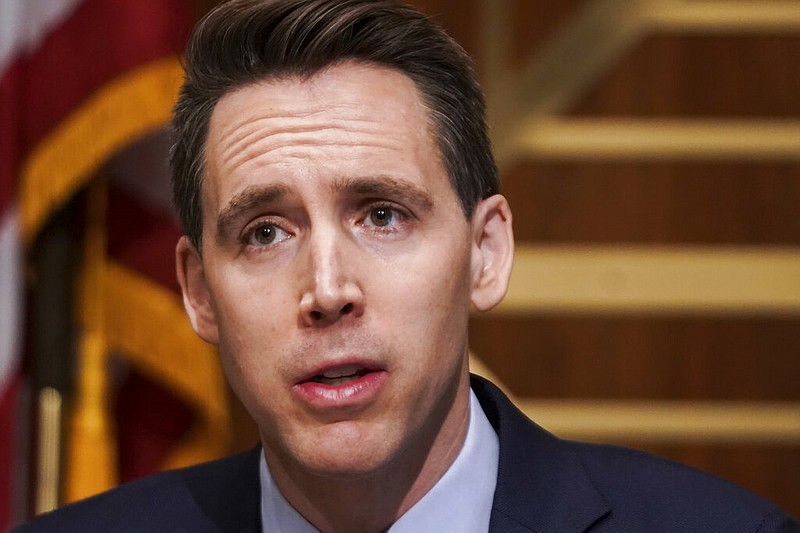 Missouri Sen. Josh Hawley penned an op-ed in the Southeast Missourian Wednesday defending his efforts to overturn the 2020 presidential election and calling accusations that he helped incite the mob who stormed the U.S. Capitol "corrosive and dangerous."

The op-ed is the first time he's publicly addressed the recent wave of criticism. His only other interview focused on his loss of a book deal.

As the first senator to join efforts to block certification of President-elect Joe Biden's victory, Hawley became the face of the movement. But after violent pro-Trump riots in the U.S. Capitol, which resulted in at least five deaths, he's faced withering criticism from donors and former supporters accusing him of fanning the flames that led to the insurrection.

Numerous corporations have demanded he return donations. His political mentor called supporting him the biggest mistake of his life. His largest single donor called for Hawley to be censured by the U.S. Senate. Simon & Schuster cancelled his book deal.

The calls for him to resign continue to grow, and his Senate colleagues are apparently furious with him.

In his op-ed Wednesday, Hawley dismissed his critics - though he didn't specifically address those who are former longtime supporters.

He noted previous objects to the outcome of presidential elections by Democrats, saying "they were within their rights to do so."

And he defended his decision to follow through with his plan to object after the rioters had been cleared from the Capitol.

"Some wondered why I stuck with my objection following the violence at the Capitol," Hawley wrote. "The reason is simple: I will not bow to a lawless mob, or allow criminals to drown out the legitimate concerns of my constituents."

Hawley's objections centered on mail-in voting in Pennsylvania, arguing the state wasn't following "its own election laws," despite the fact that the GOP legislature and Democratic governor agreed to change them. He said the state's Supreme Court incorrectly threw out a challenge of the process on procedural grounds.

He did not point out, however, that several states - including many that voted for Donald Trump - changed the way they vote as a result of the COVID-19 pandemic. Legal challenges to the outcomes in states won by Biden were universally unsuccessful.

In the op-ed, Hawley also emphatically denounced the Capitol riots.

"Let me say again, as I have said before: the lawless violence at the Capitol last week was criminal," he wrote. "There can be no quibbling about that. Those who engaged in it should be prosecuted and punished. Lawless violence undermines the democratic process by which we settle our disputes and threatens our democratic life. That applies to mobs of any and all political persuasions. Mob violence is always wrong."

The op-ed comes the same day as The Lincoln Project, a group of anti-Trump Republicans, vowed to launch an ad campaign to persuade Hawley donors to abandon him.