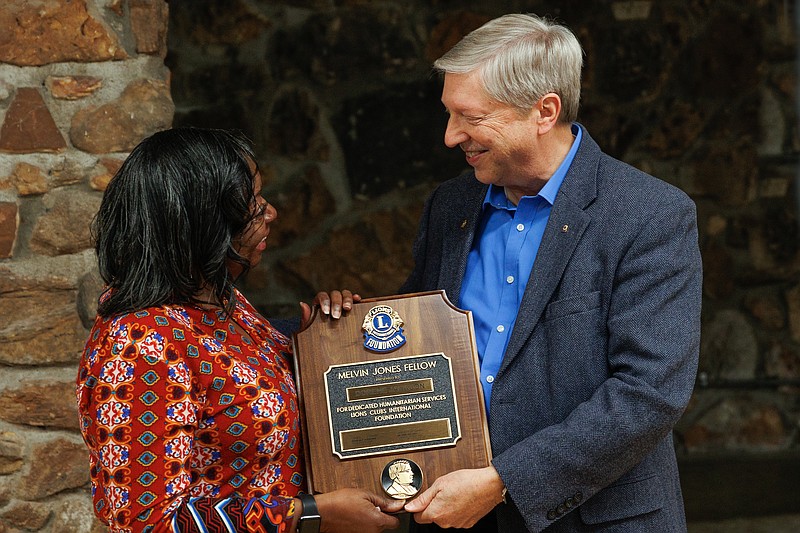 Lions Clubs International recognizes outstanding individuals by bestowing on them an award that is named for its founder, Melvin Jones.

This Fellowship Award, which is a national award, is the highest form of recognition and embodies humanitarian ideas consistent with the nature and purpose of Lionism.

Dorene Jackson was awarded a Melvin Jones Fellow Award on Thursday during the Host Lions Christmas social. Larry Branhorst presented the award for Jackson's many acts of community service and embodiment of the Lion motto " We Serve."

Jackson has served in many positions in the Host club, including president.