Increased police presence to crack down on impaired driving 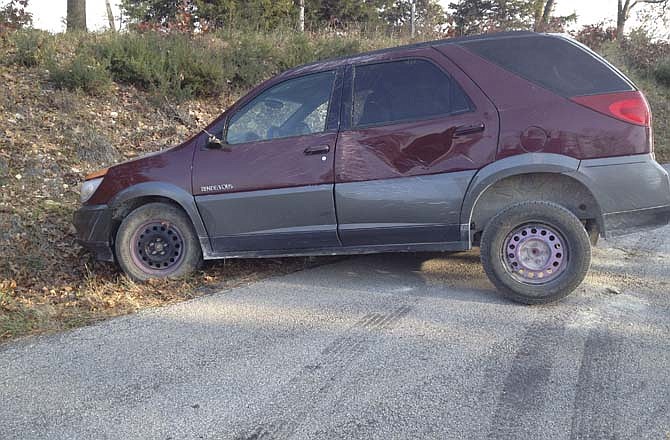 MODOT, in conjunction with law enforcement around the state, is getting ready to start its Drive Sober or Get Pulled Over campaign, which runs from Friday through Labor Day, Sept. 6.

Missouri's law enforcement agencies will participate in the campaign with extra police presence and patrolling focused on impaired driving violations.

The Jefferson City Police Department will have extra officers, funded through grants provided by MODOT's Division of Highway and Traffic Safety, on duty throughout the campaign.

John Hotz, director of the public information and education division of the Missouri Highway Patrol, said impaired driving is a major concern in Missouri.

"Every year, we lose around 200 people because of this deadly decision," Hotz said in a news release. "We will continue our year-round efforts of enforcing Missouri's DWI laws and use this campaign to create more public awareness regarding the dangers and consequences of impaired driving."

Last year, 217 people were killed and 713 were seriously injured in impaired driving crashes around the state.

Over the course of last year's Drive Sober or Get Pulled Over campaign, law enforcement officers made 213 DWI arrests, 45 DUI drug arrests and 12 arrests for minors in possession.

Impaired drivers should find an alternative way home, Hood said, such as calling a friend or hiring a cab or Uber.

Walking home while under the influence is not recommended, she said, because one in three pedestrians that are killed nationwide were impaired.

Missouri has had 605 roadway fatalities so far this year as of Aug. 15, 66 percent of which were not wearing a seatbelt.

Last year, there were 987 crash fatalities in Missouri, 67 percent of which were not wearing a seatbelt.

The campaign comes near the end of the 100 deadliest days of summer, a trend of increased fatalities amid the summer travel season from Memorial Day to Labor Day.

Hood said it's historically one of the deadliest times on Missouri's roadways, and on highways around the country, because more people are traveling on vacation and more teenagers are on the road.

Last year, there were 368 fatalities recorded between Memorial Day and Labor Day.

So far this year, 241 fatalities have been recorded during the 100 deadliest days of summer, which aren't yet over.

Motorcycle fatalities in Missouri are also up by nearly 30 percent so far this year, Hood said, and the number of people killed without a helmet is even higher.

By this time last year, only two individuals riding motorcycles without a helmet died in traffic crashes. So far this year, that number has climbed to 39.

"We've definitely seen a significant increase in the number of unhelmeted riders that have been killed in crashes," Hood said.

Despite a new law removing the helmet requirement for Missourians 26 and older that took effect last August, Hood said the department is raising awareness and encouraging the use of a helmet for all motorcycle riders.

Traffic safety is also a priority as the school year starts.

Hood said the start of the school year means more traffic on the roadways, different traffic patterns and more pedestrians.

The department will have extra officers on duty throughout the city's school zones and along school bus routes, which is made possible through funding provided by MODOT's Highway Safety and Traffic Division.

"Drivers are encouraged to be patient with school traffic, to exercise added caution when driving in or near school zones and to be attentive to school buses while loading and unloading children," JCPD wrote in a news release.