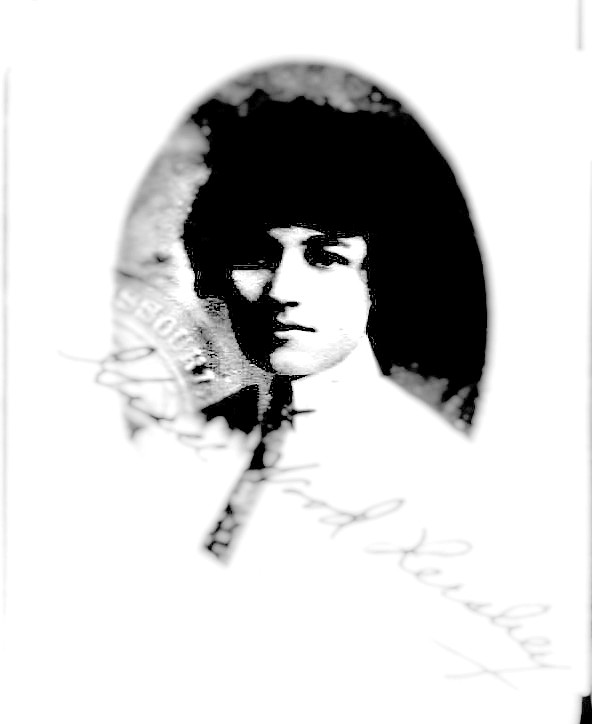 One woman is named on the Cole County World War I Memorial at the courthouse. Grace Hershey was a stenographer with the American Red Cross.

Highly praised for her clerical skills in contests and courtrooms, the 31-year-old took a significant pay cut when she left her job with the state insurance department to go overseas.

Her fiancé, Thorpe Gordon, had deployed to France in August 1918. Her departure only a month later was "her patriotic duty to do what she can to help win the war," the Abilene Weekly Reflector said.

After visiting her family in Abilene, Kansas, she boarded a ship bound for France only a month before the war's end. She died of pneumonia aboard the transport ship and was buried at sea.

Her family received two false communications before learning of her death. The first reported her safe arrival and the second that a "Winifred Heath" had been buried at sea. They had to telegraph Washington, D.C., for an explanation to learn it was their daughter and sister.

The American Red Cross still was a small organization, growing and developing its identity when Europe was thrown into conflict in 1914. Aid workers began serving immediately, though the U.S. did not declare war on Germany until April 1917. And their work continued for three years after the war ended in November 1918.

During that seven-year period, Hershey was one of 400 American Red Cross workers who died, including 296 women.

Nationally, Hershey is among 161 women on the Women's Overseas Service League's Gold Star Women list, compiled for Armistice Day 1922 to recognize "American girls who gave their lives in the world war." Most were buried in France, but others were in Siberia, Armenia, China, Manila and England. Four other women from Missouri are remembered - Katherine Hoffman, of Queen City; Catherine Cecil, of St. Louis; Margaret Keirn, of Schlater; and Ina Klinfelter, of Diamond.

In her hometown of Abilene, Kansas, the Ladies of the Presbyterian Church equipped a patient room in the local hospital where her name is among 51 gold stars of those lost from Dickinson County, Kansas, in the first world war.

Hershey had worked in Jefferson City for six years as a stenographer for the State Insurance Department under Director Charles Revelle. The Jefferson City Democrat called her "one of the most competent stenographers in the state."

In October 1913, Hershey won the Underwood Typewriter Company's national typewriting contest for the best essay on speed and accuracy in less than 125 words.

After high school, she had worked as a stenographer for a law office and land company in Abilene, Kansas. She graduated from Lawrence (Kansas) Business College, where her "bookkeeping was always neat and especially accurate (and) each day's stenographic work mastered that day," according to the Lawrence Daily World. She also worked for a grocery wholesaler in Wichita, Kansas, and a prominent law firm in Oklahoma.

While a district court stenographer in Saline County, her stenography skills were praised in the Marshall Daily Democrat News following a murder trial. John Gofero was charged with killing John Spangler on May 21, 1909, in Marshall.

As the stenographer for Barbee and Roberts, Hershey "exhibited the greatest skill in taking down evidence of the witnesses that testified, that ever was performed in this city." In fact, she equaled the record made by expert stenographers and typewriters at their annual conventions by writing and averaging throughout each day 15 pages of legal matter per hour, or 4,500-5,000 words each hour.

Accomplished in her own career, she met Thorpe Gordon, four years her junior, a licensed embalmer with Walter Weymour. Gordon was born in 1891 in Scruggs Station to one of the earliest Jefferson City families. He was a non-commissioned officer with the 337th Machine Gun Battalion 88th Division.

Gordon went on to become a community leader, operating his own funeral home and being strongly involved in modernizing the Jefferson City educational system, serving 26 years on the school board, including seven times as president. He is namesake to the elementary school built before his death in 1963.

Hershey was remembered as "a bright and interesting young woman of much personal charm, loyal to friends and pleasant and kind to everyone," the Hope (Kansas) Dispatch said Nov. 7, 1918. In death, she "will come forth as one of the heroines in the cause of humanity and righteousness."

Michelle Brooks is a former reporter for the Jefferson City News Tribune. She particularly is interested in recording the history of city-designated Landmarks and Lincoln University's first century.