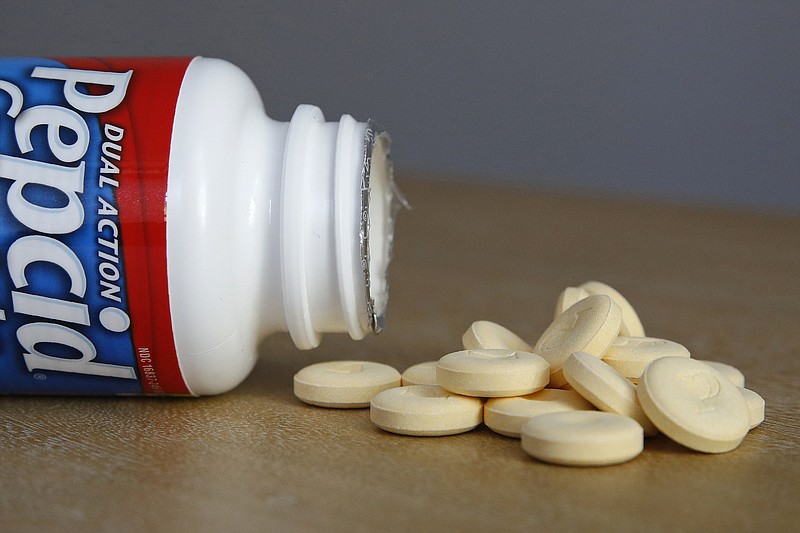 A nearly $21 million government-funded study to see if a popular, over-the-counter heartburn medication could be a COVID-19 remedy has fizzled amid allegations of conflicts of interest and scientific misconduct, according to interviews, a whistleblower complaint and internal government records obtained by the Associated Press.

In mid-April, the Trump administration funded a study of famotidine, the main ingredient in Pepcid, despite a lack of published data or studies to suggest heavy doses would be effective against the novel coronavirus. When government scientists learned of the hastily produced proposal to spend millions in federal funding on the research, they considered it laughable.

Now, the Pepcid project faces an uncertain future. Northwell Health, the New York health care provider hired to conduct the testing at its hospitals, put the trial on hold due to a shortage of hospitalized COVID-19 patients in that state. Northwell is partnered with Alchem Laboratories, the Florida-based pharmaceutical company that received the contract.

The Pepcid project underscores what critics describe as the Trump administration's casual disregard for science and anti-corruption rules - regulations meant to guard against taxpayer dollars going to political cronies or funding projects that aren't based on more rigorous science.

It was harshly criticized by a government whistleblower, Rick Bright. He filed a complaint accusing a senior administration health official of rushing the deal through without the scientific oversight necessary for such a large federal award.

The government had very little data on which to base a funding decision about Pepcid and COVID-19, critics said; there was no high-grade research on famotidine's coronavirus-fighting potential to underpin a clinical trial involving hundreds of patients.

"The evidence used to support the trial is extremely weak," said Dr. Steven Nissen, a Cleveland Clinic cardiologist and a frequent adviser to the Food and Drug Administration. "And I've been very critical of this approach to the COVID-19 epidemic, which I've likened to throwing spaghetti at the wall and seeing what sticks. I consider trials like this one to be largely a waste of time and money."

Northwell Health spokesman Matthew Libassi declined to comment on Bright's whistleblower complaint. "With respect to the famotidine trial, we are confident it is based on sound science," he said.

Meanwhile, two researchers are locked in a dispute about how the project came to be and who should get credit for the idea.

Dr. Robert Malone, a molecular virologist who was Alchem's chief medical officer when it won the Pepcid contract, said he was the first to come up with the idea that Pepcid might be effective against COVID-19.

He said he got a call Jan. 4 from a fellow American doctor working in China, Michael Callahan, who told him about the new virus causing severe respiratory illness. Malone then ran the virus' genetic sequence through computer models designed to find already-approved drugs that might work to thwart the virus, he said. Famotidine turned up as a promising lead.

Callahan, who had been working in Wuhan, China, separately claimed he saw data indicating famotidine's potential in COVID-19 patients, according to promotional materials about a potential Pepcid trial. But Callahan, described by Science Magazine as the "first to call attention to the drug in the United States," never publicly produced any data from his time in Wuhan, Malone said.

However, Callahan pitched the idea to a key Trump appointee, Dr. Robert Kadlec, assistant secretary for preparedness and response at the Department of Health and Human Services.

On March 20, Kadlec wrote to Northwell's executive vice president for research, telling him to work with Callahan to prepare a contract proposal and a draft budget for the Pepcid trial.

Federal pandemic response scientists at HHS' Biomedical Advanced Research and Development Authority, or BARDA, were shut out of these early conversations over famotidine. Rick Bright, BARDA's director at the time, would later file a whistleblower complaint alleging unethical conduct by agency leadership, and point to the Pepcid trial as a key example.

"By directing a member of his staff (Callahan) to work as an agent of both the company and the government regarding the proposal, Dr. Kadlec was inviting violations of federal procurement law," Bright said in his complaint.

Kadlec did not respond to questions about Bright's allegations, but an HHS spokesperson said senior federal executives often seek expertise inside and outside of the government.

"In that regard, Kadlec is no different," the department's spokesperson said in an email.