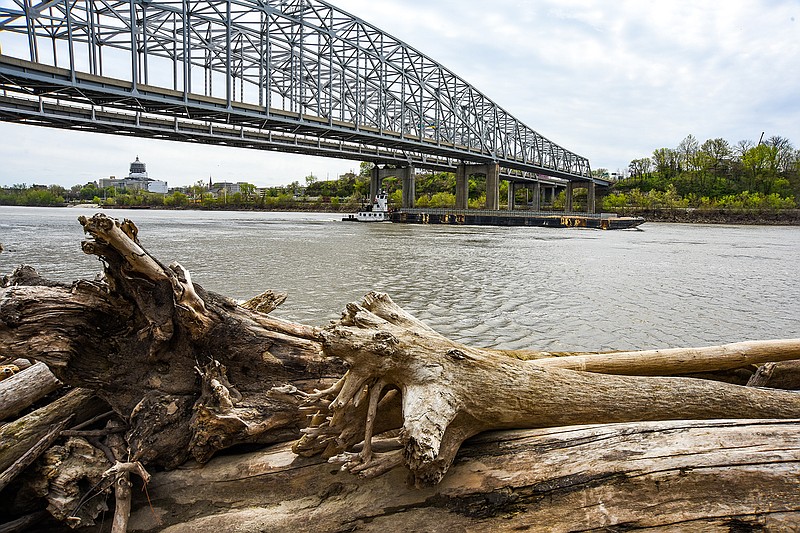 Officials evaluating the outlook for flooding in Missouri this spring see an improved situation over last year, but the state is not out of danger - largely depending on how much it rains in the next few months.

Missouri's Flood Recovery Advisory Working Group met remotely Monday and discussed the spring and summer outlook for flooding on the state's major rivers - the Missouri and the Mississippi.

The group formed after last year's disastrous flooding to guide the state's recovery and resiliency against future flooding. The group is tasked with giving a final report and recommendations to Gov. Mike Parson by the end of May.

"We are in much better shape today than what we had earlier thought," Kevin Low said of the outlook for flooding in the coming weeks and months.

Some good news: mountain snowpack that feeds the Missouri River is at or only slightly above average - so no significant flooding is expected from that - and a relatively dry and warmer-than-average month of March across the Midwest helped reduce the snowpack on the open plains, Low said.

However, soil across the region, especially in the upper Midwest, is much more saturated than it was this time last year, and the region is forecast to get above-average precipitation over the next three months.

Low does not see a high likelihood for major flooding in Missouri - though minor to moderate flooding is likely - and the primary driver for flooding in the state will be from rounds of thunderstorms.

As for the system that seeks to manage the Missouri River, "all in all, it's looking pretty good," said John Remus, chief of the U.S. Army Corps of Engineers' Missouri River Basin Water Management Division.

He said the Corps' Missouri River system currently has approximately 58.8 million acre feet of water stored in it, with a capacity of more than 72 million acre feet - about 5 million more acre feet available than this time last year.

Remus said less runoff into the system is being forecast, but the predicted 35.5 million acre feet of runoff would still be above average.

"We're certainly not out of the woods yet," he said.

The Corps was to have a public meeting today in Jefferson City on its management of the river, but that meeting and others like it were canceled because of the coronavirus pandemic.

The Corps has instead released videos of the presentations that would have been given at the meetings throughout the state, and call-in question-and-answer sessions are scheduled Monday through Thursday next week.

The videos, more information on when and how to call in to the teleconferences, and how to submit questions after viewing the videos is available at nwd.usace.army.mil/MRWM/Videos/.

More information about Missouri's flood recovery group, including details about upcoming meetings and how to watch or listen, is available at dnr.mo.gov/floodrecovery/.