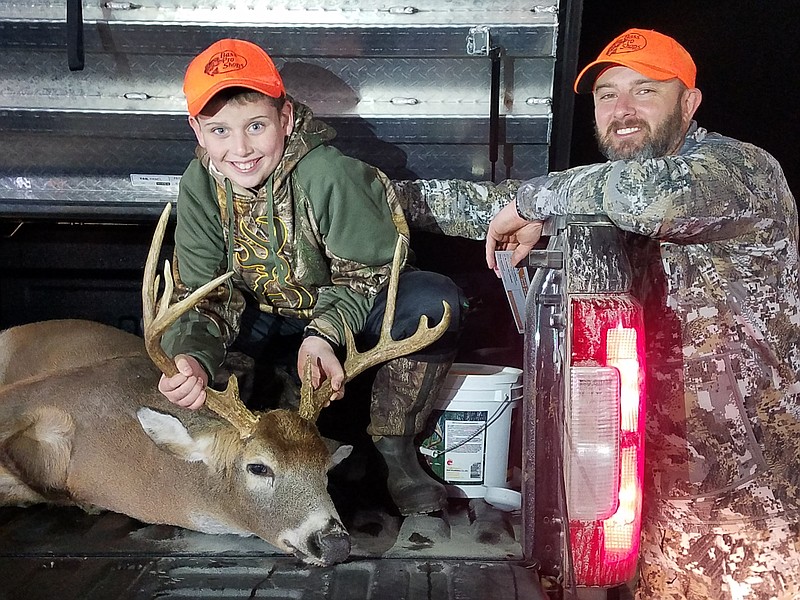 The Missouri Department of Conservation reports 88,843 deer were harvested during 2019 firearms opening weekend, Nov. 16-17, including this 10-point buck harvested in Knox County by 10-year-old Chase Bailey. Chase is pictured with his dad, Travis.

Preliminary data from the Missouri Department of Conservation indicates hunters harvested 178,936 deer in the state during the November portion of fall firearms deer season.

More information is available at extra.mdc.mo.gov/widgets/harvest_table.

Additional information about deer hunting can be found at huntfish.mdc.mo.gov/hunting-trapping/species/deer, or from MDC's booklet on fall deer and turkey hunting regulations where permits are sold.