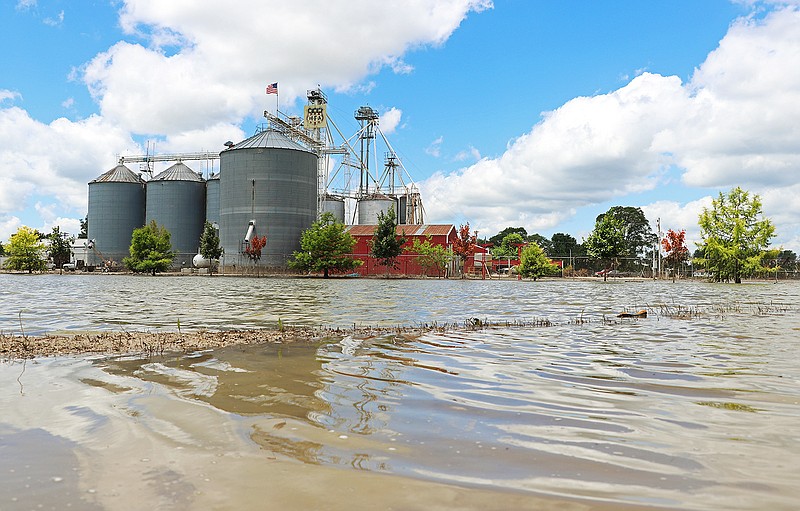 Kehoe submitted the request on behalf of Gov. Mike Parson, who is leading an economic development trip to Europe.

The new request seeks assistance for residents and businesses in 41 Missouri counties that have been "hard hit by flooding, tornadoes, and severe storms" since April 29, a news release from the governor's office explained.

Under federal law, President Donald Trump must issue the federal declaration before any disaster assistance will be available.

"Historic long-term flooding continues to devastate families, businesses, and communities across Missouri," Parson said in the news release. "As I've traveled across the state, I've seen families battling to clean up flood-damaged homes, and others struggling because their homes are still under water.

"In addition, in late May, our state was battered by tornadoes and storms that destroyed or heavily damaged almost one thousand homes. Communities and volunteers are working hard to help their neighbors, but there's a clear need for federal assistance to help Missouri families recover."

Officials examined 1,650 primary homes - including 953 that had been destroyed or sustained major damage, according to Parson's news release.

The assessments also showed 125 of 251 businesses examined had been destroyed or sustained major damage.

Even as the second request was being submitted to the federal government, seven teams began conducting joint damage assessments Monday for a third Public Assistance request - which would allow local governments and qualifying nonprofit agencies to seek federal assistance for reimbursement of emergency response and recovery costs, including repair and/or replacement costs for damaged roads, bridges and other public infrastructure.

The state expects to request Public Assistance aid once the joint Preliminary Damage Assessments are completed in 64 counties - including Cole, Miller, Maries and Camden counties in Mid-Missouri.

The governor's news release said individuals with unmet needs should continue to contact United Way 211 - where people can call 211 for assistance or visit 211helps.org.

The state's website, recovery.mo.gov, will also provide more information - as it becomes available - about disaster resources.

On May 20, Trump approved Parson's first request for a major disaster declaration to help local governments and nonprofit agencies in Northwest and Southeast Missouri counties, for flooding and severe storm damage that occurred between March 11 and April 16.

That declaration made federal assistance available for the repair of damaged roads, bridges and other public infrastructure, along with emergency response costs associated with the storms and flooding.

On May 21, Parson declared a state of emergency in Missouri in response to continuing severe weather and forecasts for tornadoes and worsening flooding, due to prolonged soil inundation throughout the state.

Then came the May 22 tornadoes in Carl Junction, Eldon and Jefferson City.

And, on May 27, Parson activated the Missouri National Guard to assist with flood fighting efforts throughout the state.