Missouri electing fewer female lawmakers than some other states 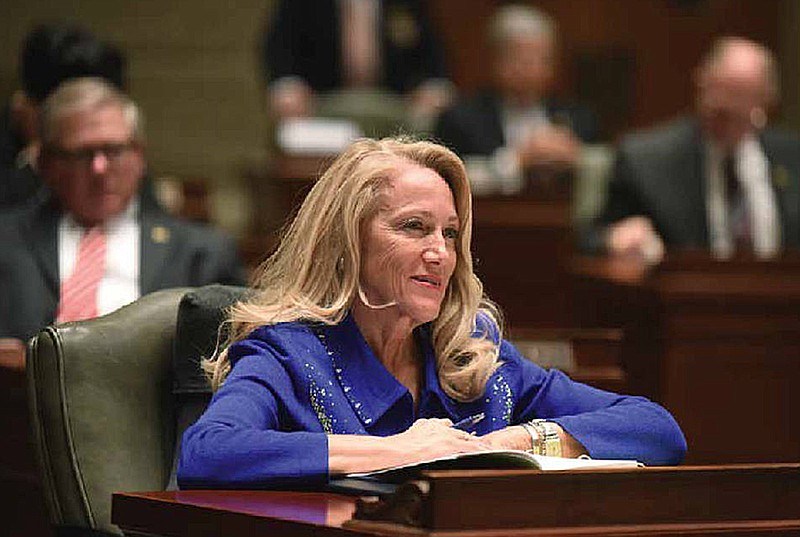 Record numbers of women will serve in U.S. legislatures this year.

The number of women who will serve in Congress and state legislatures will climb more than 10 percent in 2019. And while women have come a long way, female representation remains far short of reflecting the population.

Change is slow, but happening. When state Sen. Jeanie Riddle entered the chamber in 2015, she was the only Republican female in the caucus. This year, there will be three.

The U.S. Census Bureau estimated females make up about 51 percent of the nation's total population. Yet, even with a jump this year in the number of women elected to Congress, they will make up only 23.6 percent of the body.

"The big key we saw this year was the number of women who ran," Ziegler said. "It was up by about 25 percent. More women ran than ever before."

Increases in female candidates leads to increases in the number of women winning legislative seats.

More than 3,560 female candidates ran for state legislative seats during the 2018 midterm elections, she said. That reflected an increase of 28 percent over the 2,781 who ran for the offices two years earlier.

"Interest has been very high since 2016. That played out," Ziegler said. "Certainly, following the 2016 election, there were a lot of women who were really fired up."

Women sought training to prepare to run for offices - learning how to campaign or how to fundraise.

A lot were Democrats, she said. However, surges in candidates can often be responses to the party at the top.

About 67 percent of women who ran during the latest cycle were Democrats, Ziegler said, 27 percent were Republicans and the rest were Independents.

Forty-five percent of Democratic candidates who ran for the state legislative offices across the nation in 2018 were females. Only 21 percent of Republicans were females. However, that can be because so many of the incumbents are male Republicans. It's unusual for incumbents of either party to be challenged in their party's primary elections.

"The surge in numbers often came from female candidates beating incumbents. You would expect to see more Democrats elected in that situation," Ziegler said.

Colorado and Nevada each has a female majority in a legislative chamber. Nevada has the largest percentage of female legislators for any state ever (47.6 percent).

In Missouri, where Republicans enjoyed and retained veto-proof majorities for both chambers, Democrats only picked up one seat in the Senate in 2018.

Last year, women made up 23 percent of the Missouri General Assembly. This year, they will make up about 25 percent.

"Missouri had a pretty incremental increase," Ziegler said. "There were some states that saw much bigger jumps."

Riddle first took office during the 95th General Assembly, in 2009.

She entered the Missouri House of Representatives with four new female legislators. She was a retired public school teacher. There was also a physical therapist, a college professor and a staff member from a legislator's office.

"We came from all walks of life," Riddle said.

Of the 89 Republicans in the chamber, only nine were females.

"We were going to have a women's caucus and someone said we didn't have enough. You have to have 10," Riddle said.

Data from the Missouri General Assembly show there will be 50 female lawmakers in Missouri after they are sworn in next Tuesday - a record for the state.

In 2014, Riddle ran for and won Missouri Senate District 10, which stretches north of the Missouri River from Jefferson City to Washington. It includes Mexico and Troy and rural areas north of the cities.

At the time, of 24 Republicans in the chamber, she was the only woman. Five of nine Democrats were women.

The Senate moves differently than the House, Riddle said. The House is much more a "team" atmosphere. In the Senate, lawmakers have to work across the aisle more because it's a smaller group.

"My dad taught me, this is life. You have to learn how to get along," Riddle said.

"Most men don't think, 'You can't do your job.' There are a few," Riddle said. "That happens in most cases of life."

She encountered "a bully." However, being someone who never allows those situations to fester, she nipped it.

That's not right under any circumstance, she said.

"My first two years in the Senate, I was the only female senator in the caucus," Riddle said. "Someone said, 'That has to be hard.' Not, really, I grew up with two brothers. You do your job. You work hard. You make sure you're taking care of business."