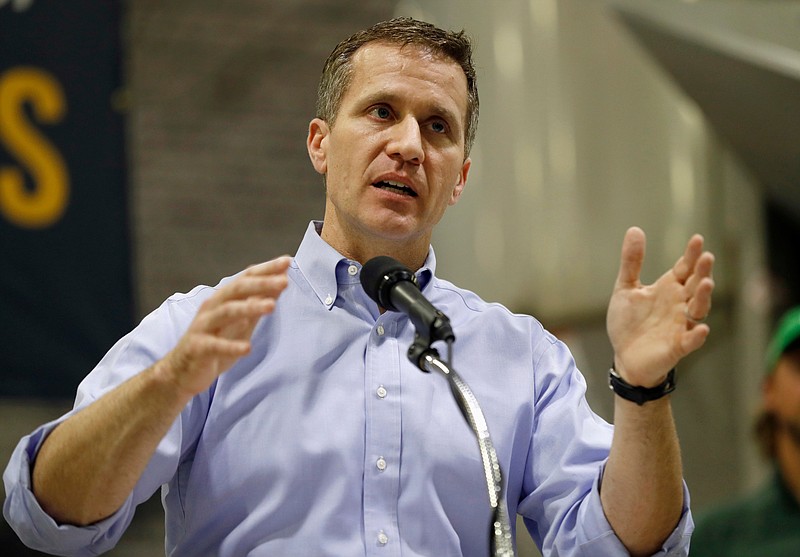 In a three-page letter to Barnes, R-Jefferson City, attorneys Edward D. "Eddie" Greim and Ross H. Garber said: "Fundamentally, both branches of the government share a common interest in arriving at the truth in a way that does justice to the gravity of this unique moment in the history of our constitution and our state."

St. Louis Circuit Attorney Kim Gardner dropped that charge Monday, hours before the governor's trial was to begin, but said she expects the court will name a special prosecutor to take the case and refile the charge.

Richardson later charged the seven-member special committee with determining if the House should vote on impeachment charges against Greitens, and the Legislature is set to begin a 30-day special session at 6:30 p.m. Friday to let the committee continue its work and make a recommendation.

The attorneys' letter asks Barnes to confirm the committee's charge to recommend impeachment or other discipline, "when and how the jurisdiction of the Committee changed, and the authority for any such change."

And the lawyers asked the committee observe "the following hallmarks of due process:"

Notice at the outset of proceedings of the list of subject matters the committee is investigating.

The ability of counsel for the governor and the office of the governor to appear at all committee hearings, meetings and other proceedings.

The ability for counsel for the governor and the office of the governor to cross-examine any witnesses who testify to, or are informally interviewed by, the committee.

The ability for counsel for the governor and the office of the governor to present documentary evidence and witnesses to the committee and to obtain the same by subpoena.

The ability to otherwise participate in the committee's proceedings to protect the Constitutional rights of the governor and the office of the governor.

The lawyers' letter also proposed a schedule for the committee's work, including having the panel adopt "rules of procedure" by Friday and disclosing its list of witnesses by Monday, then having the governor's lawyers disclose their witnesses and exhibits by Wednesday and having Richardson issue subpoenas next Thursday.

The special session must end by June 17.

Nothing in the proposed schedule specifies how much time the state Senate would have to elect the seven judges to hear an impeachment trial, if the House approved articles of impeachment.

The lawyers' proposed rules for the hearings include holding them in public, unless a majority of the seven-member committee votes to close a hearing because "the public interest so requires;" that each witness has a right to legal counsel during the hearings; that all witnesses will testify under oath; that all hearings will be recorded; and that the governor's attorneys "may question and cross-examine any witness called by the Committee at the conclusion of the witness' direct testimony and after all members of the Committee have had an opportunity to pose questions of the witness."

The governor's lawyers also proposed they be "permitted to make presentations, both orally and in writing," about the evidence the committee heard during its hearings.