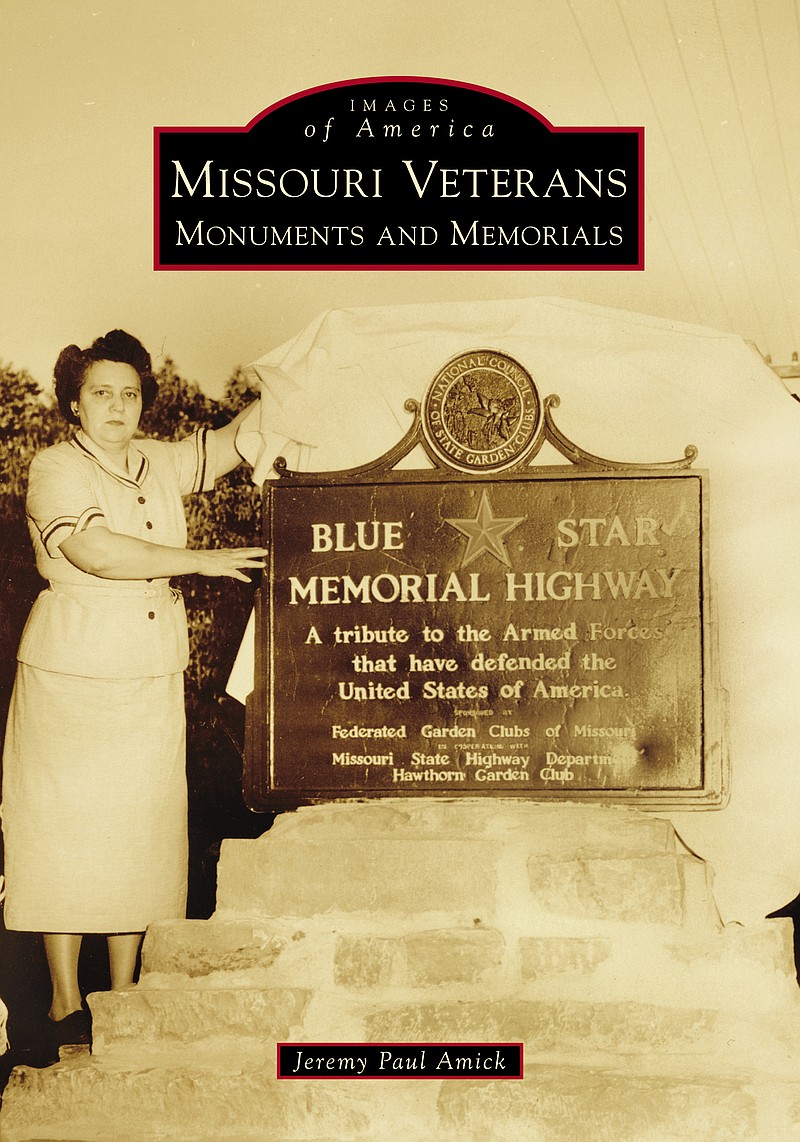 <p>“Images of America: Missouri Veterans Monuments and Memorials,” a 126-page paperback by Russellville author Jeremy Amick, retails for $21.99 and will be released March 5.</p>

"The most difficult part of doing this book was deciding how to delineate the photos, since it had to have chapters," Amick said. "That's why I decided to use regions. Once I did that, everything seemed to balance out."

In this volume, he lets the people of the different regions of the state tell the story of their history through the memorials and monuments they have dedicated, and he tried to put in some of the monuments which aren't so well known.

Some of the photo entries in this volume of Missouri military history may prove surprising to those unaware of the state's connection to American history before Missouri became a state in 1821. There are photos and explanations of monuments and memorials ranging from the American Revolution, through the Lewis and Clark Expedition, the War of 1812, and continuing on through the wars in Iraq and Afghanistan.

Many might learn something unexpected about the wide range of military events, people and actions commemorated by Missourians in different parts of the state.

One photo is of the Spanish cannon dated 1769 on the grounds of the Capitol. Captured during the Spanish-American War and donated to the state in 1901, the old brass cannon is 12 feet long and weighs 3 tons. Another photo of an important memorial, also located in Mid-Missouri, is a section of the actual Berlin Wall on the campus of Westminster College in Fulton.

This is another in a series of books telling the story of Missouri's military history by Amick, a former Missouri National Guardsman and current military historian/public affairs officer with the Silver Star Families of America. He is a Russellville resident.

In this book, Amick lets the monuments and memorials bring to the forefront the thoughts, feelings and beliefs of those left behind to dedicate in stone and metal remembrances of their family, friends, neighbors, leaders and - in some cases - those they fought.

"Welcome to the rich military traditions shared in 'Missouri Veterans: Monuments and Memorials'" are the words of Amick in the final sentence of the introduction to the work.

Those words sum up the work he has done in bringing out this 126-page volume, which includes photos of many monuments and memorials throughout the state. Some no longer exist or have been relocated, often due to changes in roadways, business needs or public opinion.

One of those is the little stone Confederate memorial originally in front of the Boone County courthouse. It was moved to the Centralia Battlefield in 2015.

Amick has divided the work into five sections, each of which contains photos of monuments and memorials in a particular part of the state. Central Missouri, Northern Missouri and Southern Missouri each has a section, as do the two major cities of the state - Kansas City and St. Louis.

In the explanation of the photos, Amick informs readers of many people in history who might have been heard of, but most of whom little or nothing is known about.

"I really enjoyed seeing Camp Clark, a memorial to Brig. Gen. Harvey Clark. Some of the World War II prisoners of war passed away while housed there, and were buried," Amick said. The bodies were sent back to their countries of origin, but the white crosses are maintained.

"I truly feel like a son of Missouri," he said, "since I've now been in every nook and cranny the state has to offer."

"Images of America: Missouri Veterans Monuments and Memorials," a 126-page paperback, retails for $21.99 and was released Monday. As with all of Amick's books, a portion of the profits will be donated to the Silver Star Families of America.

It will be available through online retailers and at stores statewide, including Samuel's Tuxedos and Gifts in Jefferson City.

Book signings are planned for March 17 at Samuel's Tuxedos and Gifts, March 24 at Barnes and Noble in Columbia and March 28 at Left Bank Books in St. Louis.