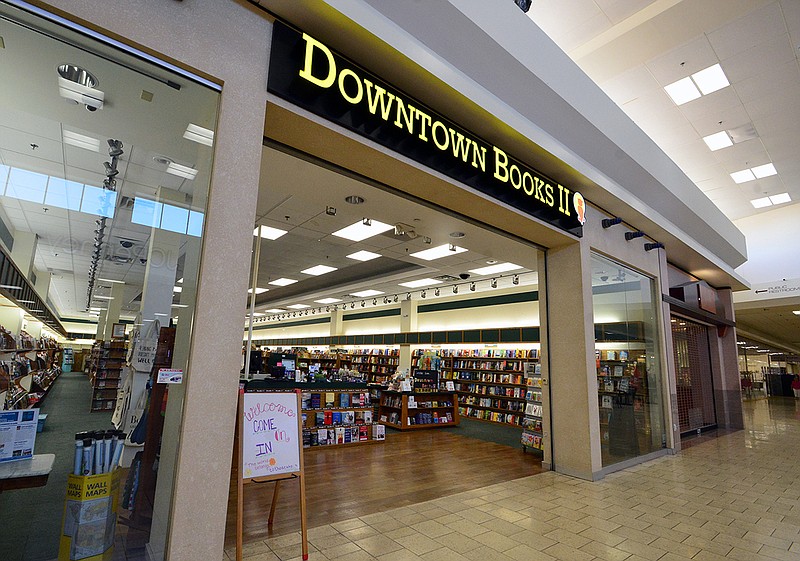 Downtown Book & Toy Too previously sold books out of a space across from Ross Dress for Less in Capital Mall's B wing. Cowley Distributing owns eight retail book and toy stores across central and eastern Missouri including the original Downtown Book & Toy at 125 E. High St. in Jefferson City. Jerry Cowley, vice president of the company, said relocating the book part of the store gives his company a chance to revive an old toy store and offer customers more products.

Downtown Books II opened April 3 in the mall's C wing. Previously, Appleton, Wisconsin-based Book World operated out of the space. After weeks of renovating the space, Book World abruptly announced plans to close all 45 of its stores nationwide in November 2017, just four weeks after the company opened its Jefferson City store. Cowley said Book World's closure gave his company a chance to expand the book selection it offers to Capital Mall customers.

"The opportunity came up," Cowley said. "The space was kind of finished for us."

Book World's announcement in November caught leadership at Capital Mall owner Farmer Holding Company off guard. At the time, the company was the fourth-largest book store in the country and had other stores in Wisconsin, Iowa, Minnesota, Michigan, Illinois and North Dakota. Steve White, a partner at Capital Real Estate Services, said at the time the store had stronger-than-expected sales.

The toy store features fun and interactive games, toys and books for children. Minor interior changes were made after the re-branding, like switching out some sales fixtures. An updated marquee features the store's new name. The store will integrate new items into its inventory over the next few weeks.

In addition to its retail sales, Cowley Distributing also serves as a wholesale distributor of books and magazines to stores across parts of 11 Midwestern and Western states.

Cowley owns the Play 2 Learn trademark in Missouri and previously operated a Play 2 Learn store in Columbia. That store and a book store at the Columbia Mall closed when Barnes & Noble opened there. He does not know of any other stores nationwide branded Play 2 Learn with a similar theme.

For book stores like his to survive, Cowley said they have to adapt and sell things besides books. Play 2 Learn's core audience is children who want toys and books. Still, Cowley is adding items for adults, like the board game Settlers of Catan.

Cowley is optimistic about the future of his Jefferson City stores. From 2009-15, more than 570 independent book stores opened in the U.S., bringing the total to more than 2,200 nationwide, CBS News reported Monday.

Recent improvements to Capital Mall have attracted more stores and foot traffic, Cowley said. The mall could use a coffee shop and bakery, he added, but the retail climate is improving. If a tenant fills the vacant Sears store in the mall's A wing, Cowley said, it could draw in even more foot traffic.

"We pretty much own the market in Jefferson City," Cowley said. "Business has been pretty good to us."

Know of any business happenings in or around Jefferson City? Let us know at [email protected].