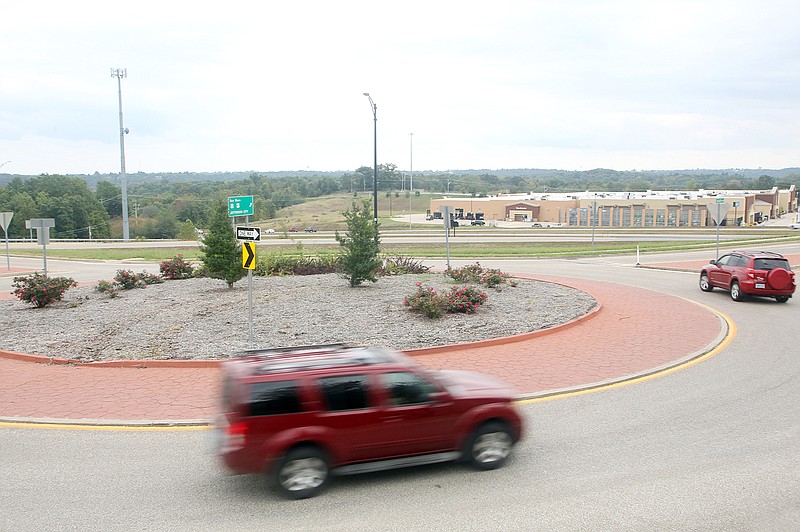 The Missouri Department of Transportation's Central District is looking for community members to take over care of the East McCarty Street roundabouts that carry U.S. 50/63 on Jefferson City's east side.

The roundabouts, which opened in October 2008, lead to the Walmart Supercenter and Scholastic, among other businesses, as well as to residential areas.

"This is an opportunity for a local organization or group of individuals to adopt the roundabouts in much the same way we offer our roadsides for adoption through our Adopt-A-Highway program," MoDOT's Central District Engineer David Silvester said in a news release. "We just do not have the resources to keep the center of the roundabouts in the condition area residents would like to see."

The areas are currently covered in mulch with some bushes sprouting, and Silvester said, "they look a little scruffy." However, he said, MoDOT has to focus its limited resources on maintaining roads and bridges and is not in a position to landscape or beautify the roundabout islands.

If someone steps forward to adopt the roundabouts, MoDOT will place an Adopt-A-Highway beautification sign acknowledging their efforts near the areas. Anyone interested should contact MoDOT's Central District at 573-751-3322 or [email protected]

If no one steps forward to adopt the areas for beautification, the department plans to remove most of the existing vegetation and replace it with a low-maintenance material, such as rock or rubber mulch.