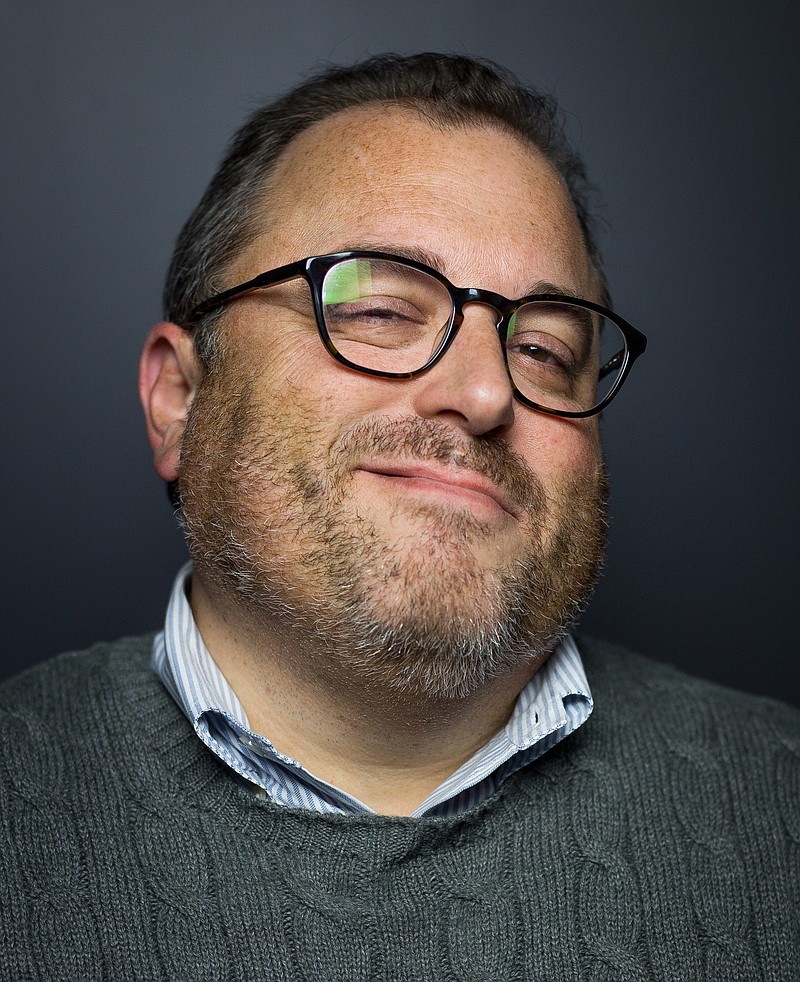 Practicing law and training attorneys, being a contributing columnist and writer for online publications and magazines, raising two teenage daughters with his wife of 21 years - Yale Hollander's life is very active.

In July 2016, at 48 years old, Hollander decided to throw his hat into yet another ring, something he has wanted to do for a long time. He performed stand-up comedy during an open mic night in St. Louis.

"Last summer both kids were at camp, and there was a fairly new comedy club, Helium, promoting a comedy open mic night. I started writing and tried to put structure to what I wanted to say, doing two sets (about seven minutes). I told my wife before I left, 'I'm just going to give this a shot and get it out of my system,'" he said. "After I came home that night, I said I signed up for the next week, too."

Since his initial success, Hollander has built his stand-up comedy resume fairly quickly. He has landed gigs throughout the St. Louis area, regularly performs at Helium, runs his own open mic comedy showcase and networks with fellow comedians who have joined him at events, such as the inaugural Flyover Comedy Festival held Nov. 9-11 at a slew of St. Louis comedy venues.

Hollander remains friends with his high school buddy, Jami Wade, owner and operator of the cinema and Capitol City CORK and Provisions, attending the opening of the cinema that educates, inspires, entertains and connects the community through film programming and film-related events. He discovered the venue wanted to incorporate other forms of live entertainment, including comedy.

"There are some wonderful cultural resources now, including independent film. There's also many different perspectives and forms of cinema art, and it's important to have that in Jefferson City. That was an important piece in the formula to revitalize downtown," he said.

With Wade's and the Capitol City Cinema board of directors' pulse on technological changes at theaters, they knew they would soon need to convert their Blu-Ray programming system to DCP, a USB pen that gets shipped around inside a case and requires activation from a license.

Wade said after announcing the cinema's plan to "go digital" in late August, the cinema has raised nearly $3,000 in its GoFundMe campaign and additional support from corporate sponsors toward its $10,000 goal to purchase the costly equipment needed to show more films.

"Our goal is still set for January 2018 and to be digital that month. The (Capitol Fun-ishment) event is on target to sell out at 51 seats, so our profit from this event is $765," she said, noting they will add seats in the cinema if the event sells out before Saturday. "We just recently purchased a spotlight, cordless microphone and portable sound system, so we are looking forward to hosting many more fun events for our community in the future."

"Brown just recorded his first album and has spend a lot of time this summer on the road touring the Midwest and the South," he said. "It will be fun to see him in action."

The Capitol Fun-ishment audience also will enjoy an opening set and interjected antics of host Hollander and his brand of comedy, which he said "runs the gamut" with his foot in a number of different camps.

"I like to take a mundane situation and add a completely ridiculous premise, looking at the sheer absurdity of it, and throw in a bizarre twist," he said. "The audience loves the misdirection. Comedy can be mined out of telling a story and jerking it in a way the audience doesn't see coming. The surprise in humor gets the audience laughing."

Some audiences might remember Hollander's brand of humor in his column for the Jefferson City High School Red and Black. His often sarcastic and comical take on current events, cultural references and local social observations captured the attention and laughter of his peers.

Admission to Capitol Fun-ishment is $15 per person, and tickets are available at capitolcitycinema.org or at the box office during business hours. For more information about the "going digital" campaign, visit gofundme.com/capitolcitycinema.

Hollander will also perform at 9:45 p.m. Dec. 19 at East Side Tavern in Columbia. For more information about Hollander, visit yalehollander.weebly.com.