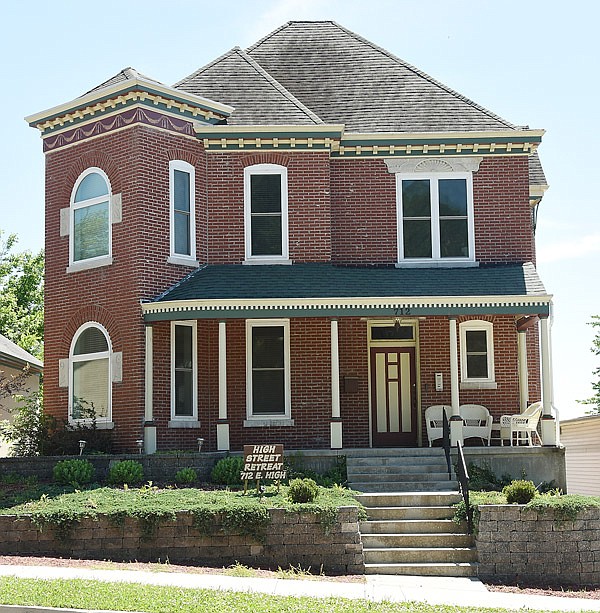 Jefferson City has named 712 E. High St. as a city landmark. The structure is today a vacation rental called High Street Retreat. It formerly served as the Heinrichs Funeral Home.

The single-family, Victorian-style home, built about 1900, was converted. The kitchen became the embalming room, and the parlors served the business. The family lived upstairs.

Two German-immigrant families arrived in Jefferson City in the 1860s with the skills of furniture makers, which often translated into caskets and funerals, too. The Heinrichs and Crevelts opened the innovative-for-its-time funeral parlor with decades of experience serving the community's funeral needs.

Jacob Heinrichs arrived in 1852 and Gerhard Crevelt in 1864, both coming from Cologne, Germany. They opened furniture-making stores downtown, where generations of their sons would work.

Heinrichs entered the funeral business in 1861, and his son, John, joined him, taking over store operations in 1879. John Heinrichs studied at Wyman's University in St. Louis and business college. He was involved in church, school and civic affairs, even serving as mayor from 1909-11.

John's son Charles joined him by 1908, when a city directory listed JF Heinrichs and Son furniture and undertaking business.

Crevelt Home Furnishers, which made furnishings for the Sisters of Notre Dame convent on Broadway and the original Central Hotel, according to a 1935 Sunday News and Tribune, was first located on High Street where today's Capitol lawn is.

Charles Heinrichs took over the family furniture business in 1915. His son John joined him by 1929, when they partnered with the fifth-generation of Crevelts to buy 712 E. High St. and open the first public funeral parlor.

Within a few years, the Heinrichs were the sole proprietors. 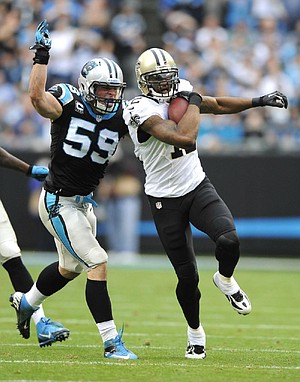 From the second-floor apartment kitchen, Charles Heinrichs' wife Emma received national acclaim for her baking. The Aug. 30, 1934, Jefferson City Post Tribune reported she was awarded a "certificate of recipe endorsement" by Better Homes and Gardens for her cinnamon coffee cake.

The honor is "given only to distinguished recipes, which pass its testing kitchen's tests for dependability, excellence of taste and family usefulness."

Charles and Emma's son John attended the Cincinnati, Ohio, School of Embalmers in 1932.

Undertaking in the late 19th century was not based at a funeral home, as in the custom of the 21st century, said Kent Trimble, owner of Dulle-Trimble Funeral Home, which traces its business in Jefferson City back to the Heinrichs.

Instead, the casket, door badges and other funeral necessities would be taken to the individual's home for preparation. Visitations would be conducted in the family parlor or church, Trimble explained.

Since furniture makers made the caskets, they often were the undertakers, too.

Charles Heinrichs retired in 1934 and moved to Westphalia, leaving his son John as funeral director and living at 712 E. High St.

Sylvester "Bus" Dulle and his partner Thompson bought the business on the courthouse steps in the early 1940s, Trimble said.

Like the Heinrichs family, the Dulle family lived on the second floor, complete with a full kitchen, parlor, dining room and bedrooms.

The advertisement for the formal opening of Dulle-Thompson Funeral Home in the Sunday News and Tribune, Nov. 29, 1942, said each visitor would receive a gift, and $25 would be awarded to the church with the highest attendance.

By 1943, the Dulle family owned the business and the location.

The business continued at 712 until the mid-1950s, when it relocated to the Tweedie Mansion, 601 High St. In 1984, the funeral service business moved to its current location at 3210 N. Ten Mile Drive, where the Trimbles have operated it since 1995, when they bought it from Dulle's son, Ralph.

Trimble still holds the Heinrichs' ledger books dating back to 1930, stamped with the name Charles P. Heinrichs. The books have helped several families over the years with genealogical research, he said.

For the next two decades, a variety of agencies, including the Girls Scouts, the Cancer Society and the Visiting Nurses Association, occupied 712 E. High St.

By the 1970s, it was divided into three residential flats.

The current owners - Donna and Michel Deetz, Laurelanne Bellezzo, and Chris Huckleberry - bought the property from Home Savings Bank in 2009. Their recent restoration preserved many architectural details of the interior, including an entryway bench and stairway spindles.